How the concept of 'Heimat' was misappropriated in 2018

With the creation of a new "Heimat" ministry, the untranslatable German term ignited strong debates in 2018. DW discussed its changing meaning with director Edgar Reitz, whose epic film series also employed the term. 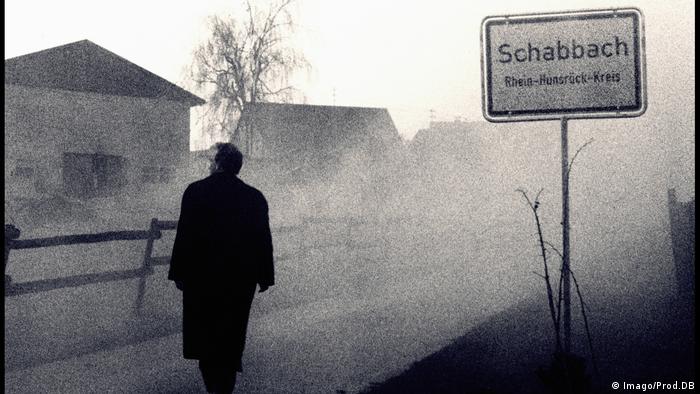 In Germany this year, there has been a lot of discussion surrounding the concept of "Heimat" — a term that has no true English equivalent, translating both as homeland and home place — in connection with ongoing political tensions surrounding refugees, rising far-right xenophobia, and Interior Minister Horst Seehofer's contentious decision to create a Heimat ministry.

DW discussed the topic with film director Edgar Reitz, the director of a series of films about life in Germany from the 1840s to 2000 titled Heimat.

DW: Through your Heimat film series, you've become a kind of expert on the topic. Do you feel comfortable with the role?

Edgar Reitz: Sometimes I regret having called my films "Heimat." At the time I thought that as a nation we had overcome "that thing" (Editor's note: nationalism, xenophobia, etc.). I could have sworn there wasn't even a threat this could ever happen again.

That's why I thought back in 1984 that is was possible to deal with this topic outside of politics and discuss the concept of Heimat as a basic human feeling and need. 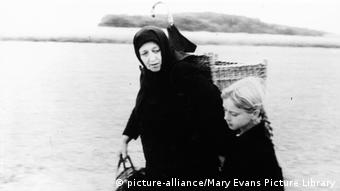 The five Heimat films, shown in 32 episodes, make up altogether 59 hours and 32 minutes — one of the longest series of feature-length films in cinema history

Heimat is something binding in anyone's biography, not only for rational reasons, but also because there are deep emotional bonds created with the landscape, the lifestyle of a people in a certain place and their language.

How did people react to your title at the time and what has changed since?

When Heimat was released in 1984, it was already a hot topic. The question was: Should we already be dealing with this or still wait? The co-producer, public broadcaster WDR, feared calling the project "Heimat" would awaken too many emotions or feelings that we still hoped to overcome.

The fears expressed at the time turned out to be exactly what flared up again. I wouldn't call my film "Heimat" today. There's such a blazing force of misappropriation happening now and a film or an artist cannot defend the term on their own.

How was the term misappropriated?

It is used for exclusion. Heimat did not aim to define ownership, but that's what's happening now. It has been turned into a garden fence ideology. Anyone who enters what is considered "Heimat" is trespassing into a sphere that can't be shared with the people who "own" the space.

And that was never the way I saw it. In all the stories I tell, people were always open. My definition of Heimat was a house with doors that are never closed. My grandmother didn't even have a key to her door.

When really bad people come — there have always been some, whether through wars, or hordes of pillagers attacking the country — no lock on the door could help against them.

This feeling of openness in my grandmother's house also made us feel that anyone could pop in at any moment. And that's also the opening scene of my film series Heimat from 1984.

That is a feeling of a certain togetherness, obviously not necessarily a conflict-free one because home has never been a conflict-free paradise or idyll; it was simply the space where people lived. And every person knew that others also had their own home.

Heimat should never be confused with "nation"; it is not any kind of politically definable space. It is a maternal space; it's not the fatherland but the motherland. 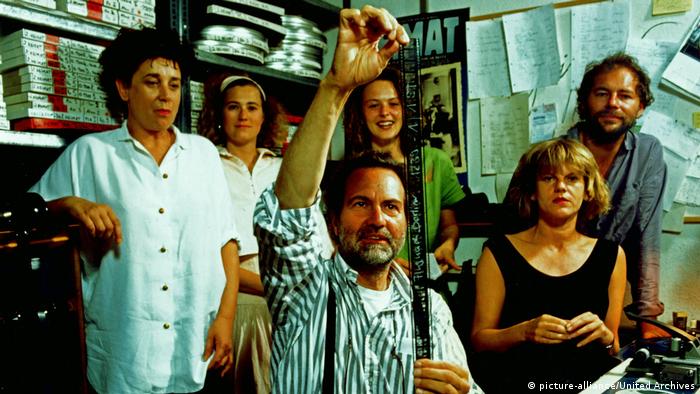 Edgar Reitz in the cutting room back in the 1990s

You further dealt with the topic in 1992 with a second series, Zweite Heimat (literally "The Second Heimat," English title: Heimat 2), in which you follow protagonists moving from rural Hunsrück to Munich. What does a second Heimat mean to you?

What we call the second Heimat refers to the fact that we are not only the product of a family, but of our own mind, where we can feel freedom, where we can stand on our feet and move through the world, enabling us to create a second Heimat. That's where all personal decisions are taken, some more conscious than others. I can't decide who my brother is, but I can choose my friends. Relations established as an adult as well as the choice of a partner are expressions of freedom.

This second Heimat has become way more important to us today than the first one. The first Heimat sinks into the background, making up the mythology of one's own origins. But this can serve an ideology or be misappropriated because it is surrounded by feelings that are dark and difficult to define.

The second Heimat can constantly be redefined. If the political or living conditions in a country become unbearable, as I describe it in my last film (Die andere Heimat, "The other homeland," titled Heimat 3 in English, from 2013), and as it is happening today in thousands of places in the world, people can decide to look for a new place to live. Finding it is not just a rational act. It's not just about having the right living conditions, but also creating new emotional bonds, peace and security. 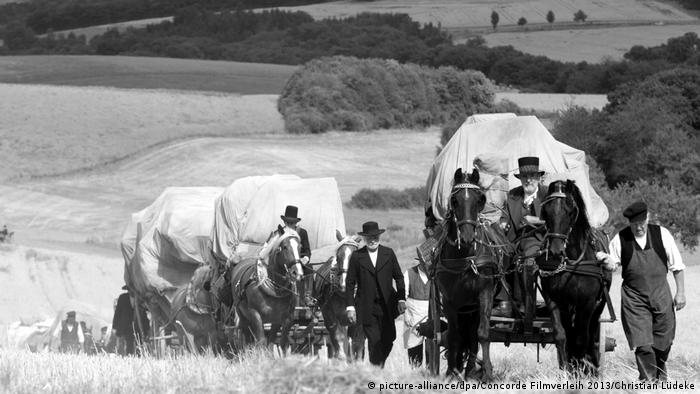 Heimat is regarded as a term that's difficult to translate in other languages. How did you deal with that?

We obviously faced the problem when came the time to translate the title. When the film series Heimat started traveling around the world, it became clear that there wasn't an equivalent in Romanic languages or English. It exists in Russian and Polish, as well as in Islamic languages. That led to discussions: Why is that the case?

We therefore decided to not translate the title. In all countries we used the German title, Heimat. Which led many people to ask: What does Heimat mean?

Does the concept of Heimat change when one is abroad?

Yes, the Heimat broadens. Someone born in Turkey might not perceive it as a nation but rather as a bond to the village and family. But by living far away, the perception of the land shrinks and at some point the term "Heimat" becomes identical to "nation." 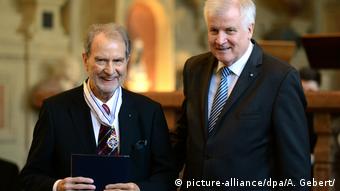 Reitz was honored with a Bavarian order by Horst Seehofer in 2016, but is critical of the politician's Heimat ministry

Interior Minister Horst Seehofer also created the Heimat ministry this year. How did you react?

I was scared (laughs). I do not think such a term, when used by politicians, really helps. So if, for example, the CSU (Seehofer's party, the Christian Social Union in Bavaria, forming a common faction with Angela Merkel's CDU) interprets Heimat as upgrading technology in rural regions and connecting them to the international flow of consumption — it is actually destroying the term or at least making it hollow. I'm against using the term Heimat for this ministry. It trivializes the term in such a ridiculous way that I say: I would rather have no Heimat, than to be under the one defined by Horst Seehofer.

No other city in Germany has as many songs about "Heimat," expressing the feeling of home, as Cologne. Groups of people gather to sing together about their local patriotism, and not only during Carnival. (24.04.2018)

Best-selling author and lawyer Bernhard Schlink talks about identity, the controversial concept of "Leitkultur," or "German leading culture," and shared values. What may Germany expect and where should it be more active? (23.04.2018)

Amongst the thousands of tourists, the Hofbräuhaus in Munich hosts more than 120 regulars' gatherings — and the number is rising. DW asked what "heimat," or "home," means for them. (21.04.2018)