Outgoing German Foreign Minister Frank-Walter Steinmeier told a German newspaper that he was concerned about developments in the United States. He also voiced his concerns on the rise of nationalism around the world. 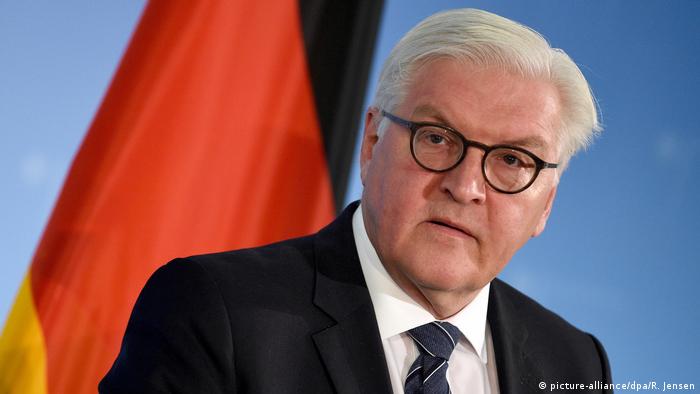 US President Trump is expected to sign an executive order reinstating secret CIA "black sites." In an interview, Trump said waterboarding and other interrogation techniques used in the facilities "absolutely" worked. (26.01.2017)

Steinmeier, who leaves his post as foreign minister on Friday, said he was "appalled" by the US presidential election in November.

"I was appalled for more than a year over the American campaign," Steinmeier told the newspaper, in an interview published on Friday.

Steinmeier, a staunch opponent of Trump, said he can only hope that Trump will change now that he is president.

"This isn't about little things," the German minister said. "It's about fundamental questions in our self-understanding, for instance in the approach to torture."

Trump drew attention and ire around the world Thursday after saying torture "worked" in an interview with American broadcaster ABC. Trump said waterboarding, a form of simulated drowning that is recognized as torture, worked as a way to gather evidence. Torture is not allowed under US or international law, including the UN Convention Against Torture and the Geneva Conventions.

Steinmeier was also concerned about Trump's lack of knowledge about world trade. "Until a few days ago I could never have imagined that a French president and Chinese president would have to instruct their new American colleague about the advantages of an open world and free trade," said Steinmeier.

Steinmeier is favored to take on the largely ceremonial role of German president in February. In remarks similar to those expected from him should he be tapped to be German head of state, Steinmeier added his concerns about the rise of nationalism in Europe and around the world, saying it is a "serious and dangerous" threat.

"We see that nothing is irreversible and that even peace in Europe must be continually explained and defended," he said.

Trump – a concern for German firms