US President Trump is expected to sign an executive order reinstating secret CIA "black sites." In an interview, Trump said waterboarding and other interrogation techniques used in the facilities "absolutely" worked. 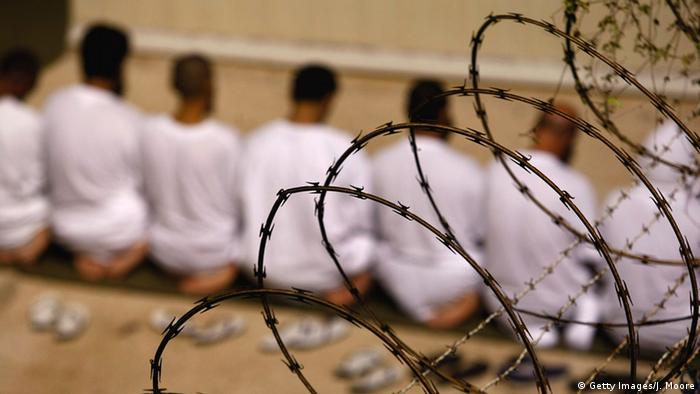 Interrogation techniques such as simulated drowning, known as waterboarding - widely seen as torture and prohibited by international law - were used in those facilities. Bush's successor, Barack Obama, formally closed the CIA secret prisons during his first term as president. 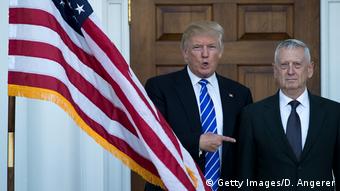 Media reports have suggested that US President Donald Trump could reinstate the facilities through an executive order. However, Sean Spicer, a Trump administration spokesman, said the draft, published by the "Washington Post," was not a White House document.

In an interview with ABC News at the White House, Trump justified the use of harsh interrogation techniques.

"When they are chopping off the heads of our people, and other people… when ISIS is doing things that nobody has ever heard of since medieval times, would I feel strongly about waterboarding? As far as I'm concerned, we have to fight fire with fire," Trump said.

In the world of Kafka - The Afghan experience in Guantanamo

In an interview with DW, Afghanistan expert Kate Clark sheds light on the condition of eight Guantanamo inmates from Afghanistan. She said that reading through the files of these prisoners was a "Kafkaesque" experience. (04.11.2016)

US President Barack Obama has released four more detainees from Guantanamo in one of his administration's last acts. Obama blamed Congress for blocking the facility's closure and endangering security. (20.01.2017)

But the US president said he would seek the advice of Pentagon chief James Mattis and CIA director Mike Pompeo on the matter.

"I'm going to do what they say," Trump told ABC News. "And if they don't want to do, that's fine. If they do want to do, then I will work toward that end. I want to do everything within the bounds of what you're allowed to do legally."

During his confirmation hearing before a Senate committee, Pompeo said he would "absolutely not" comply with an order to revive the "enhanced interrogation techniques" employed by the CIA after 9/11.

The Obama administration believed the use of torture proved to be counterproductive in the US counterterrorism efforts, especially in relation to Washington's Arab allies. Obama also tried to shut down the controversial Guantanamo prison in Cuba, but couldn't succeed.

Many Republicans are also not in favor of reviving the Bush administration's interrogation methods.

"The President can sign whatever executive orders he likes. But the law is the law. We are not bringing back torture in the United States of America," Senator John McCain, a Republican who underwent torture as a prisoner of war in Vietnam, said in a statement.