Foreign Minister Frank-Walter Steinmeier has been officially presented as presidential candidate by the German coalition government. He said he wanted use the position to bridge divisions in German society. 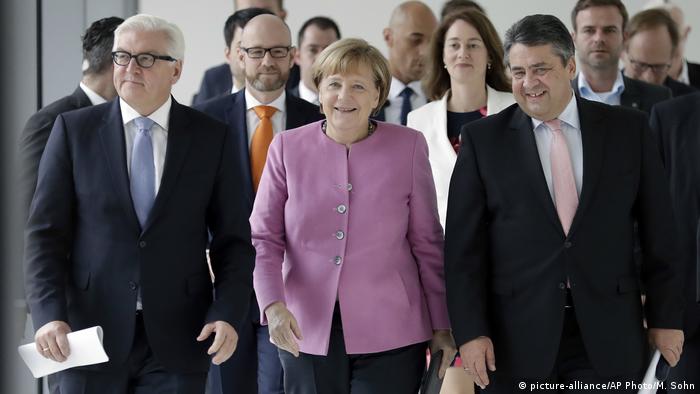 In his acceptance speech in Berlin, Steinmeier, who belongs to the Social Democrats (SPD), said he would work to create a feeling of optimistic confidence in a "crisis-ridden world."

He also spoke of wanting to smooth out divisions in German society by creating a fruitful political exchange.

"My joy at [being given] this task is great; my respect for it is even greater," he added. 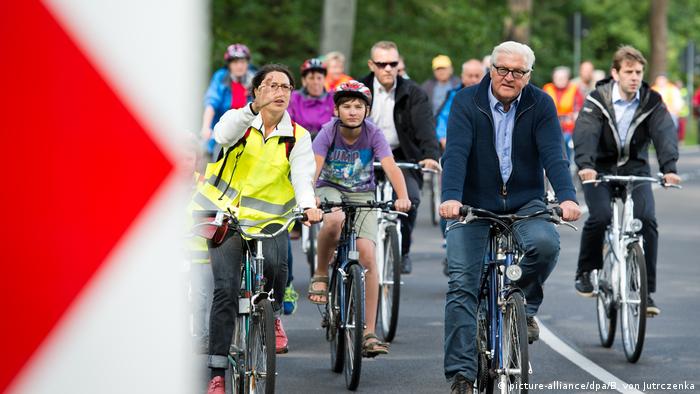 Christian Democrat (CDU) Chancellor Angela Merkel described Steinmeier as being "the right candidate for this time," saying that the foreign minister's political experience was an important prerequisite for the office of German president.

No agreement on leading candidate for German presidency

The search for Germany's next president continues, as the main government parties failed to agree on a nominee. The Federal Assembly is due to elect the next president in February 2017. (06.11.2016)

She said Steinmeier would have the support of many citizens, who knew that they could trust him, partly because of his down-to-earth character and his knowledge of the world.

Horst Seehofer, the leader of the CDU's Bavarian sister party, the CSU, said Steinmeier was a very good choice as successor to current President Joachim Gauck.

The foreign minister had great political experience both nationally and internationally, and stood for calm and prudence, Seehofer said, also praising Steinmeier's willingness to bridge divisions as something "we very much need in our times."

The leader of the Social Democrats, Sigmar Gabriel, thanked the CDU and CSU for supporting the choice of an SPD candidate for president.

Steinmeier was finally accepted as candidate by members of Merkel's conservative CDU/CSU bloc on Monday after long debate.

The president will be chosen on 12 February 2017 by the Federal Assembly, a representative body that convenes especially for the purpose.