Knorr, one of Germany's biggest conserved food manufacturers, plans to rename its "Zigeunersauce" because of the racist overtones associated with the name of the traditional sauce. 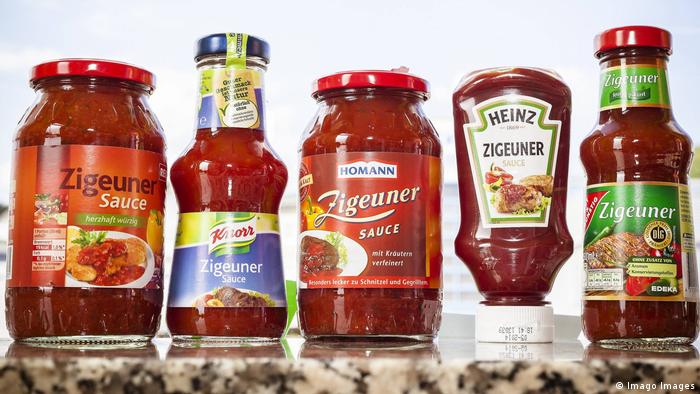 The corporate owners of ready-made food maker Knorr told the Bild am Sonntag newspaper that it is planning to change the name of its "Zigeunersauce" (literally: gypsy sauce) to "Hungarian-style paprika sauce" in the next few weeks.

"Since the term 'Zigeunersauce' can be interpreted negatively, we have decided to give our Knorr sauce a new name," Knorr's owner, the multinational Unilever, said in a statement.

Traditional "gypsy sauce," called "a la zingara" in French cuisine, has been popular throughout Europe since the 19th century, and is usually made with tomato paste, Hungarian paprika, bell peppers and onions.

The Zigeunerschnitzel, popular in Germany and Austria, is a veal cutlet covered in a similar paprika sauce.

Knorr's renaming was welcomed by the Central Council of German Sinti and Roma, whose chairman Romani Rose told the newspaper that the company had "reacted to the complaints of apparently many people."

But Rose added that he remained more concerned about evidence of rising antiziganism in Germany and Europe. "Against this context, Zigeunersauce and Zigeunerschnitzel are not of the greatest urgency for the Central Council," he said.

In July, five men admitted to carrying out anarson attack on a Roma family in southern Germany.

Rose added that the term "gypsy" causes him much more concern when it is deliberately used as a term of abuse, as it is by some football fans.

The recent incarnation of the Black Lives Matter movement has led to several campaigns and reassessments of place names in Germany, especially those with colonialist overtones, such as the U-Bahn station Mohrenstrasse ("Moor Street") in Berlin.