The group left a dead swan and a sign reading "not welcome" in the field where a Roma family was staying in southern Germany. They later tossed a torch at the camper, narrowly missing the woman and baby sleeping inside. 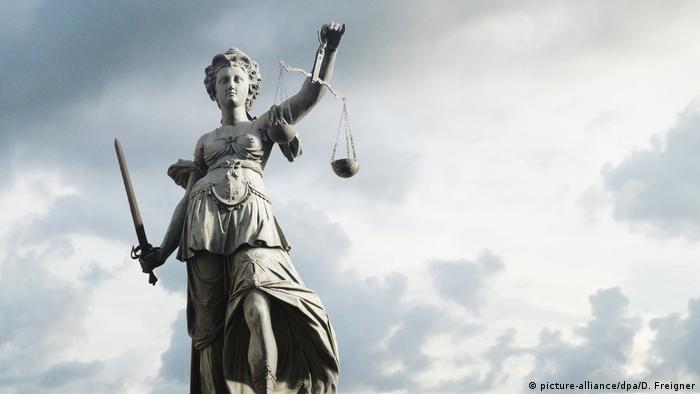 Five young men confessed to carrying out an arson attack on a Roma family in southern Germany last year, with the suspects apologizing for the act on the first day of the trial on Monday.

The suspects, who were between 17 and 20-years-old at the time of the attack, have been charged with attempted murder.

The attack took place in May 2019 in the district of Erbach where a Roma family from France had been staying in a camper in a field.

The suspects first put up a sign reading "not welcome" and then placed a dead swan in the field where the family was staying, reported news agency DPA.

They later flung a lit torch at the family's camper, narrowly missing the vehicle where a woman and her nine-month-old child had been sleeping. Another family member removed the torch, with the woman and baby escaping without injuries, local public broadcaster SWR reported.

The five young men, who are all German nationals, apologized for their actions before the court in the southern city of Ulm.

"I am deeply ashamed of my actions," one of the defendants told the court.

"We were stupid and didn't think about the consequences," another defendant said. The group said they did not intend to harm anyone.

The public prosecutor's office in Stuttgart took over the case due to the potential right-wing extremist background, and came to the conclusion that the defendants were motivated by xenophobic and anti-Roma sentiments.

Some pushed back against the charges of racism, with on defendant telling the court: "I'm not a Nazi," according to DPA.

Prior to the start of the trial, protesters gathered outside to protest against racism.

"The increasing "anti-Gypsyism" in Germany and in Europe is very concerning," said Daniel Strauss of the National Association of German Sinti and Roma.

The trial is being held in an event venue in Ulm rather than the district courthouse in an effort to comply with social distancing measures to stem the spread of COVID-19. A decision in the case is expected in September.

As the Red Army approached Auschwitz, the Nazi "angel of death," Josef Mengele, fled. He outlived many of his victims. The people who survived his experiments remain scarred; his birthplace struggles with his legacy. (22.01.2020)

75 years ago: Nazis carry out mass murder of Sinti and Roma people in Auschwitz

Holocaust Remembrance Day commemorates Nazi crimes worldwide. On January 27, 1945, the Soviet army liberated the prisoners in Auschwitz. What they found was unfathomable. (27.01.2020)