The site's founder, Mario Rönsch, has been evading German authorities for months. The far-right extremist has become infamous for his campaign of false reports about refugees and promoting vigilantism. 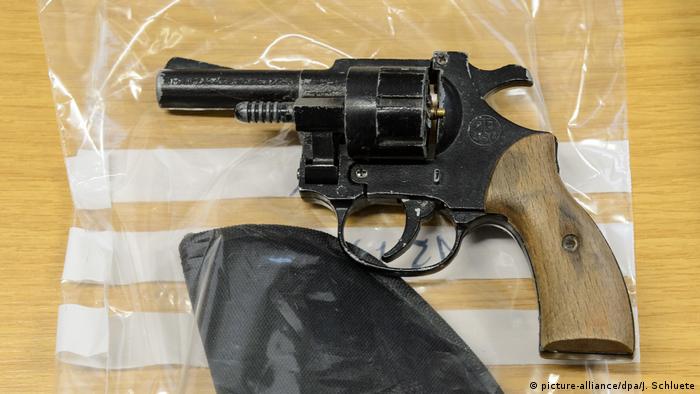 "Greetings from Yalta! Merkel: F*** u!" Rönsch wrote in a now-deleted social media post from his Anonymousnews.ru account. Trading on the name of the left-leaning hacker collective Anonymous is just one of the ways Rönsch was able to spend the past two years spreading false stories of crimes committed by migrants, as well as inciting violence, not only against refugees, but German political leaders as well.

Rönsch, who is originally from the eastern city of Erfurt, first rose to prominence in 2014 when he organized a series of demonstrations in his hometown. These gatherings targeted not only migration, but revealed his deep-seated mistrust of news outlets. In YouTube footage of his "peace" demonstrations, the now 33-year-old can be seen telling a cheering crowd to "pillory the media" for lying about the size of a crowd at a Berlin event. Another clip shows Rönsch telling well-known Iraqi-German journalist Dunja Hayali to "stop reporting nonsense" and go home.

Following his first political outings, Rönsch launched the Facebook site Anonymous.Kollektiv, hoping to profit from being conflated with the similarly named hacker group. Anonymous tried to distance itself from the site which actively promoted attacking migrants, Muslims and politicians, but that has proven difficult.

It has proven equally difficult to prosecute Rönsch, for although his sites have broken numerous German laws against hate speech and inciting violence, they were hosted on Hungarian and Russian servers, where the laws are more lax. 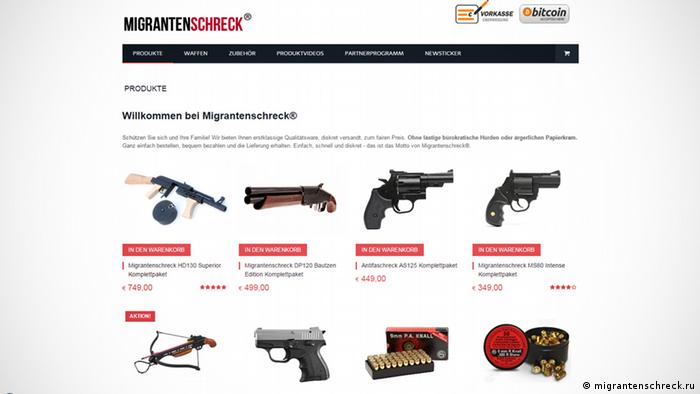 Some of the compressed-air firearms available on the Migrantenschreck site

Anonymous.Kollektiv's campaign of fake news managed to garner 2 million fans on Facebook before the social media giant shut it down. According to Buzzfeed, Rönsch then threatened to sue anyone who claimed he was affiliated with the page. He went underground, moved his vendetta to the Russian platform VKontakte and started the websites Anonymousnews.ru and Migrantenschreck, which translates to "Migrant Terror" or "Scourge of Migrants."

The sites spread numerous completely fabricated stories, such as claims that a German general had denounced Chancellor Angela Merkel, that the Germans had been the victims of a forgotten genocide, as well as unsubstantiated claims against refugees.

The most sinister part of Migrantenschreck, however, was the sale of air guns strong enough to require firearms permits in Germany, and crossbows, accompanied by tutorial videos showing renderings of migrants and politicians like Merkel being torn to shreds.

"Protect yourself and your family," the site proclaimed. 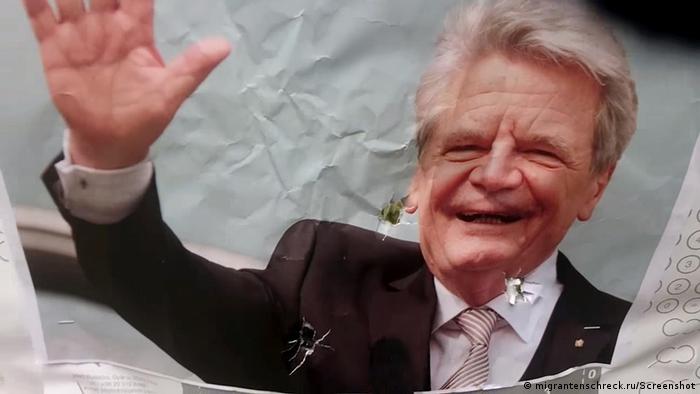 Rönsch too extreme for the ultra-nationalists

Rönsch's activities became so extreme that he was fired from the far-right news outlet Compact. For context, their January magazine cover features Chancellor Merkel with a Hitler mustache. In a recent article, the ultra-nationalist news source sought to warn its readers that Anonymousnews was "delivering Patriots" to the authorities by saving personal data.

On the morning of January 24, police raided 29 homes across Germany and repossessed some 40 illegal firearms. According to local media, these were all Migrantenschreck customers, though it represents just a small portion of the at least 300 weapons sold illegally to Germans through the site. According to the German newspaper "Die Zeit", police hope that by tracking the deliveries backwards to their source in Budapest, they can find Rönsch, who hasn't been seen publicly since May 2016. Despite his recent social media post where he claimed to be in Crimea, authorities believe that Rönsch is likely hiding in Hungary.

But with Migrantenschreck gone, Rönsch's next move in his campaign of hate-mongering is anyone's guess.