German election and climate change: What are the parties' pledges

The fight against climate change is one of the German voters' main topics of concern. With a few days until the election, DW takes a look at what the main German political parties plan to do about it. 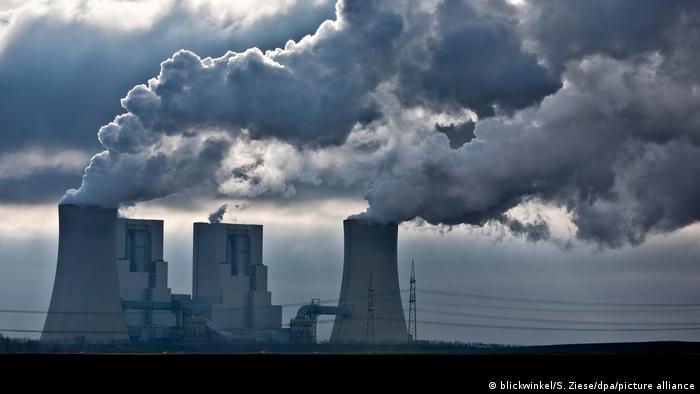 In a year of devastating floods, record heat waves, and the Constitutional Court's calling the government's climate policy "insufficient" — there is no doubt climate protection is a vital issue for German voters.

But, despite almost all parties' putting climate protection at the center of their election programs, the bottom line remains: The Paris climate target will probably not really be achieved with any of the current programs. This is the result of a study by the German Institute for Economic Research (DIW). The researchers conclude: "The differences between the parties are clear. However, none of the programs delivers coherent concepts for fully achieving the 2030 targets set in the new climate protection law." 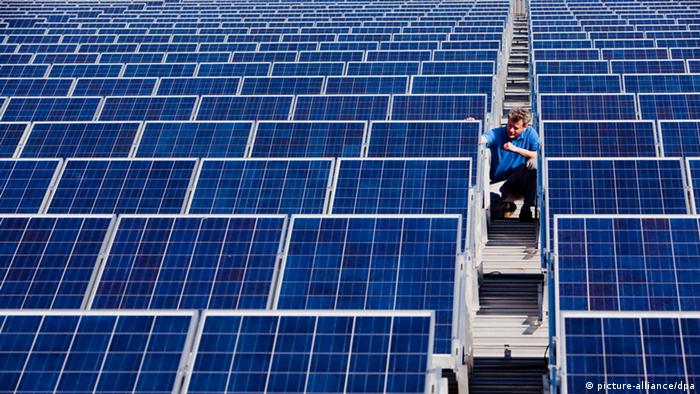 The center-right Christian Democrats (CDU), who have led governments under Chancellor Angela Merkel for the last 16 years, along with their Bavarian sister party, the Christian Social Union (CSU), are committed to the target of climate neutrality by 2045 and want to greatly expand renewable energies. This includes simpler programs for photovoltaics on roofs. In the economy, the CDU and CSU are focusing on climate-neutral hydrogen to replace coal in industry. Exactly how this can be achieved, however, is disputed by many economic experts.

For the time being, the CDU/CSU is also sticking to its decision to phase out coal-fired power generation by 2038, which many environmental experts consider far too late. Chancellor candidate Armin Laschet has stuck firmly to this date, while Friedrich Merz, the former head of the CDU parliamentary group, recently stated that he could imagine an earlier date. The CDU/CSU's plans fall short of achieving the international climate target.

SPD: Green electricity by 2040, but sticking to coal phaseout

The center-left Social Democrats (SPD), who have been the junior coalition partner in government for the last eight years, want Germany's electricity to come entirely from renewable energies as early as 2040. This would be achieved, among other things, by installing solar panels on all suitable roofs. The SPD is also backing hydrogen; by 2030, Germany is to become the "lead market" in this area. But if hydrogen is to be climate-neutral, it must be produced using renewable energies.

The SPD wants rail travel to become more attractive than flying, as well as to promote electric cars and the infrastructure for them — but the party does not have plans to ban flights. The party is in favor of a speed limit of 130 kph (80 mph) on German highways. And for the time being, it is sticking to the coal phaseout by 2038, even if its candidate for chancellor, Olaf Scholz, has suggested an earlier date, such as 2034, in TV discussions. But that is not yet confirmed.

Climate protection is the core of the brand for the Greens, and this is reflected in their program. During the election campaign, the party made headlines with its demand for a future climate protection ministry with the right to veto laws that contradict the Paris Agreement. When it comes to the 2030 target, the Greens are in favor of reducing 70% of emissions, making them more ambitious than the current government.

And the Greens want to phase coal out by 2030, as well as to make short-haul flights superfluous through better rail services by 2030. The Greens want to invest €100 billion ($117 billion) in rail by 2035. And, of course, they want to massively expand renewable energies.

For the pro-free market Free Democrats (FDP), the free-market instrument of emissions trading is at the heart of climate protection policy. In EU emissions trading, around 11,000 companies in the electricity industry, large industrial plants, and airlines buy and sell pollution rights. Those who are more environmentally friendly earn money — and those who don't have to pay. The FDP wants to extend this system to all sectors. They reject driving bans and speed limits. The new government goal of being climate-neutral by 2045 is not explicitly mentioned in the program.

Left Party: climate-neutral as early as 2035

The Left has the most ambitious climate targets on paper of any party currently in the Bundestag. Under their plans, Germany would be climate-neutral by 2035, and emissions should fall by a whopping 80% by 2030. The Left Party does not believe that emissions trading, which is favored by the FDP, is a good way to protect the climate; they want clear rules for the economy. The Left also wants to nationalize large energy companies. However, they are alone among the main parties in making this demand. 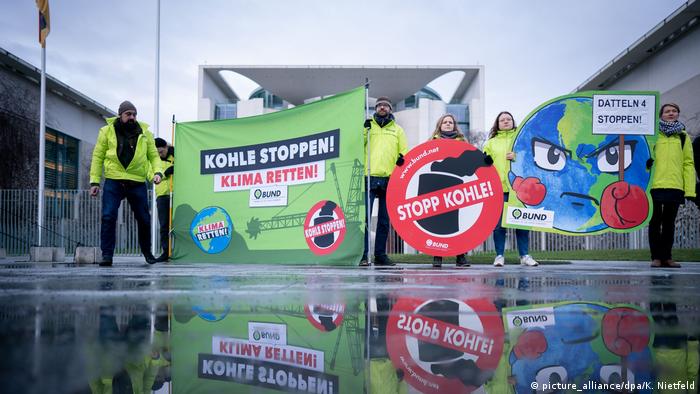 AfD: Climate change is not human-made

For the far-right populists of the Alternative for Germany (AfD), climate protection is becoming an increasingly important issue — in that they firmly reject active climate protection. The party does not believe that climate change is caused by humans and their emissions.

Consequently, the AfD has no regard for the fight to reduce emissions. It wants to keep coal-fired power and demands that Germany withdraw from the Paris Agreement. And it is against doing away with gasoline and diesel engines in the long term. The closest the AfD's come to addressing climate protection could be the party's wish for Germany to be able to adapt to "natural" climate change, primarily through better disaster preparedness.