Germany is hoping more Iraqi refugees will return home with the assistance of a massive aid package. But a senior minister has traveled to Iraq to ask for something in return. 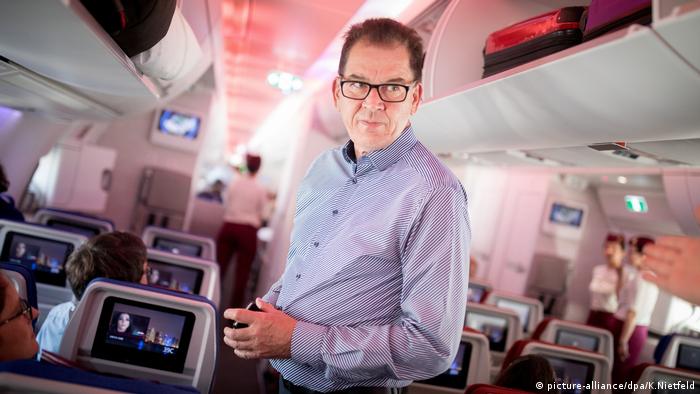 German Development Minister Gerd Müller traveled to Iraq on Saturday as part of a push to encourage Iraqi refugees to return home from Germany.

Müller was traveling to secure close cooperation with the Iraqi government on the return and reintegration of Iraqis, according to the Federal Ministry for Economic Cooperation and Development (BMZ).

He was scheduled to inaugurate an advisory center, intended to provide training places and jobs.

"IS is militarily defeated in Iraq, but more than two million people are still displaced," Müller said before his departure. "Hundreds of thousands of Syrian refugees must wait in Iraq until the murderous war in Syria has finally ended. Bridges, hospitals and entire cities were destroyed."

"To prevent terrorism from regaining a foothold, it is important that people can return to their homes."

"That's why we focus our aid on schools and education for children and young people as well as reconstruction."

Germany plans to give Iraq an additional €350 million ($431 million) for reconstruction this year, with most of the money going to projects for emergency aid and infrastructure reconstruction.

The Federal Government hopes the program will help returned migrants to regain a foothold, through initiatives such as providing advice on setting up a business or vocational training programs.

The program also includes cash-for-work programs, in which Iraqis help with reconstruction and receive an income in return.

In return, Müller called on the Iraqi government to "consistently improve the framework conditions: to fight widespread corruption, strengthen the rule of law and promote reconciliation."

Müller was scheduled to meet with survivors of "Islamic State" (IS) terror, Christians and the religious leader of the Yazidi.

Germany is Iraq's second-largest donor, according to the Ministry, giving more than €1.3 billion since 2014.