After nearly 15 years of war, the Iraqi government has estimated over $90 billion will be needed to rebuild the country. To raise that, it must look abroad for help — but landing outside investment can prove complicated. 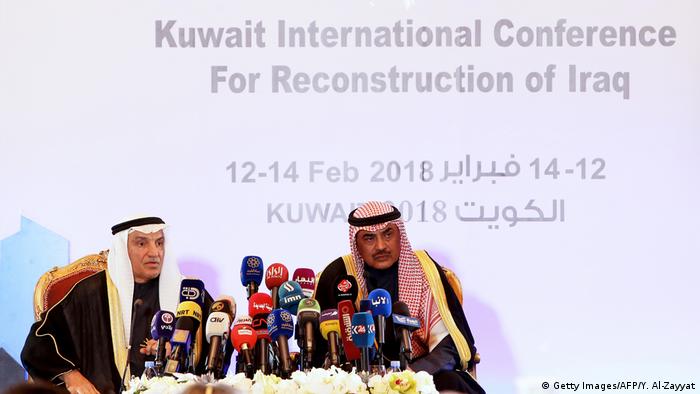 A three-day conference on the future of war-torn Iraq kicked off in Kuwait this week, with non-governmental organizations like the Red Cross promising some $330 million (€267 million) for rebuilding efforts. Baghdad has a list of around 157 investment projects on offer as it seeks to overcome corruption concerns that have long left donors hesitant to contribute funding. On Wednesday, the final day of the conference, the main donation pledges are expected to be made from roughly 70 countries.

With Secretary of State Rex Tillerson in attendance, the US has played an especially important role at the conference. The US-based Exim Bank announced on Tuesday it would extend Iraq a $3 billion line of credit. Washington has invested $60 billion in Iraqi reconstruction since 2003, when a US-led coalition invaded the country and overthrew former dictator Saddam Hussein. Iraq has struggled to return to stability ever since, most recently waging a military campaign  against the "Islamic State" militant group.

Who are the donors?

In addition to the US, Iran and Turkey are contributing to Iraq's rebuilding process. Dr. Bernhard Trautner, a researcher at the German Development Institute, described the donors as "those with a direct stake in the reconstruction of Iraq as a future peaceful neighbor and a market for their products."

US to lend Iraq $3 billion to rebuild country

Iran is already active politically, economically and militarily in the country. During the conference in Kuwait, Iranian Foreign Minister Javad Zarif announced his country "would stand by the Iraqi people forever."

"At a time when only a few countries were participating in the reconstruction of Iraq, Iranian companies were active in building roads in the country and providing Iraqis with engineering services," he told Iranian state news agency IRNA.

Turkish interests in Iraq are focused in particular on the country's Kurdish region. Ankara strengthened its economic ties with Iraqi Kurdistan through oil and gas pipelines after Turkish leader Recep Tayyip Erdogan's visit there in March 2011. The Turkish government has pursued deepened relations with Iraqi Kurdistan in part to ensure the region remains part of Iraq. A number of Turkish construction companies are undertaking projects around the country, for instance, Trautner said.

Many investors at the conference in Kuwait are concerned that the money they pledge could fall into the wrong hands. Iraq is often viewed as a rentier state, where money perpetuated from the oil and gas industry to the government is often not properly accounted for. This includes "phantom contracts" with front companies for construction projects. Rahim al-Darraji, a member of the Iraqi parliament's transparency commission, said last December that some 6,000 such contracts existed.

"In order to tackle corruption, you have to tackle the political system itself," Trautner said. "The social contract has been broken. The system has never worked properly for all Iraqis since the authoritarian rule of Saddam Hussein." 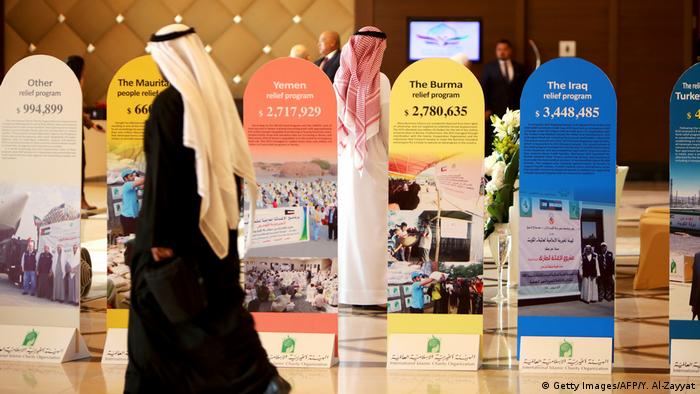 Basem Antoine, an Iraqi economist, suggested that countries reluctant to participate in development projects in Iraq due to corruption could instead carry out the projects on their own. "If these countries themselves are afraid, they do not have to pay the money, they can rather have their affiliates supervise the infrastructure projects," he said.

Such projects would include building schools and roads destroyed by years of endless war.

What is Germany's role?

The German Federal Ministry for Economic Cooperation and Development (BMZ) says that Germany has contributed nearly €1.3 billion to Iraq's economic development since 2014, making it one of the largest financial contributors to the country's rebuilding efforts.

"The economy must be the engine of reconstruction in Iraq and I am pleased that so many well-known companies in Germany want to participate in the rebuilding," said German Development Minister Gerd Müller on Tuesday at the Kuwait conference, where he met with representatives of German companies.

Trautner pointed out that the influx of refugees from Iraq to Europe in recent years could be an important reason why Germany and other EU countries have taken an interest in Iraq's rebuilding. Germany currently hosts 100,000 Iraqi refugees, many of whom could be encouraged to return home if conditions in their country improve.

How is China trying to redefine power balance in Taiwan Strait?

US: Idaho top court will not block near-total abortion ban