Iraqis get to elect a new parliament in May. Manifold parties and factions are vying for power, but most are too weak to win a significant number of votes. Now, some are calling for the election to be postponed. 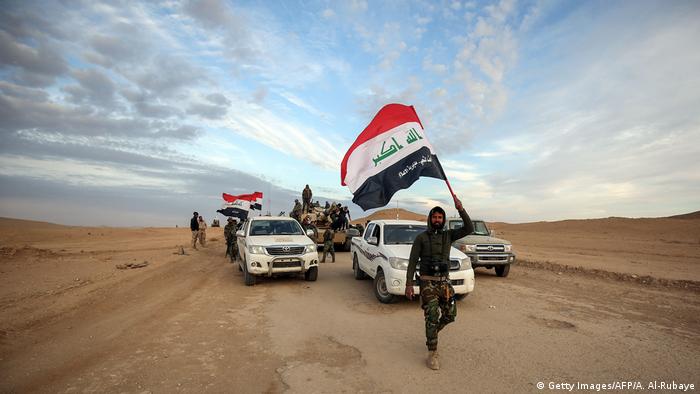 Iraq officially declared victory over the so-called Islamic State (IS) – but was this a little hasty? Many Iraqis are concerned that could be the case, a fear the country's politicians are quick to dismiss. Theses worries testify to just how uncertain the future of Iraq really is. If the country cannot be united and all residents treated as equal citizens, then radical jihadist ideology could become popular once more. The upcoming parliamentary elections in mid-May are also intended to defuse this threat.

Alas, with Iraq's political landscape in disarray and the elections in just four months' time, the future does not look promising. The country's party system is highly fragmented. And Iraq's three major political camps – Shiites, Sunnites and Kurds – have each splintered into factions that have little in common.

The Shiites are the most fragmented. They comprise over 70 different parties and factions, which in turn break down into several blocs and sub-factions.

The largest of them is the Dawa party. It unites major political forces that also happen to compete against one another. Its most significant group is lead by Prime Minister Haider al-Abadi, and has in recent months garnered much respect for its role in fighting and helping defeat IS. Now it is referred to as the "coalition of victory." 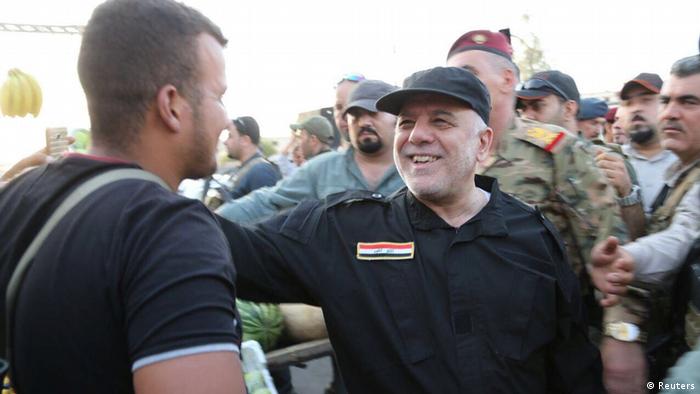 This shows how inextricably linked the upcoming elections are to the war against IS. A number of the Shiite groups that emerged in the fight against IS morphed into political parties once the extremists were defeated and are now running in the elections.

The second sizable Shiite bloc is the National Wisdom Movement which has not yet succeeded in established itself as a political force in its own right. It does, however, deliberately distance itself from former Prime Minister Nouri al-Maliki's staunchly pro-Shiite course.

Cleric Muqtada al-Sadr's political movement is the third significant Shiite group. It is opposed to existing political alliances and instead strives for a "technocratic" coalition across the entire political spectrum. This, they think, would help overcome the ethnic and religious divisions that emerged in the country since the United States invaded Iraq in 2003.

Iraq's Sunnites, too, are divided. The military defeat of radical-Sunni IS precipitated the fragmentation of this political camp into numerous sub-groups and factions. To date, there are more than 50. The Iraqi National Movement, under leadership of former Deputy Prime Minister Ayad Allawi, is the strongest of them. It, in turn, is comprised of 30 factions. They emerged out of moderate Sunni militias who had joined the fight against IS. Together they are now running in the general elections.

All Sunni parties presently face the dilemma that their electoral base has shrunk drastically. Many Sunnis fled from western Iraq, either to escape IS or the government's anti-IS campaign. Some Sunni politicians have therefore demanded the elections be postponed until these residents have returned to their homes in western Iraq.

According to a report by news outlet arabiya.net, some 44 percent of members of the Iraqi parliament favor holding the elections at a later date. The United States, however, does not want to see the elections postponed. Mohammed Malbusi, governor of Sunni-dominated Anbar Province, wants to stick with the agreed date, too.

Iraq's Kurds are more united than the country's Shiites and Sunnites. They have 60 MPs and control several ministries. However, the movement has lost some of its legitimacy after 92 percent of those eligible voted to make Iraqi Kurdistan fully autonomous in a referendum in September. 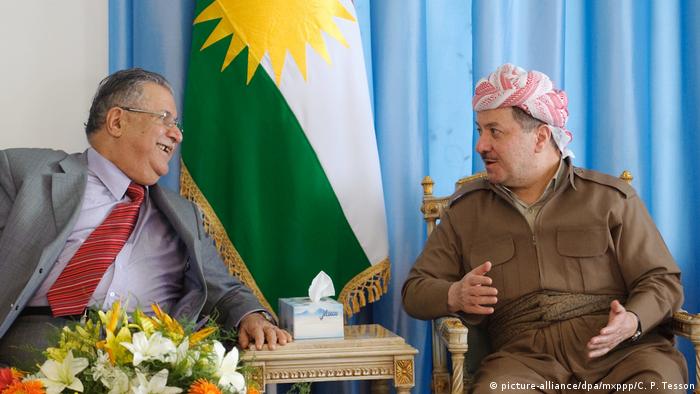 The decision by Kurdish leader Massoud Barzani to retire from political life, and the death of former Iraqi President Jalal Talabani, who had a Kurdish background too, has weakened the Kurds. So far the camp has been unable to regain its former power. The Patriotic Union of Kurdistan (PUK) and Kurdistan Democratic Party (KDP) are the strongest groups in the Kurdish camp, yet they have little in common. So it is unlikely they will form an alliance.

The communists will also participate in the elections. They've joined forces with other secular groups, but observers doubt they will receive many votes.