From fighting 'Islamic State' to rotting in Iraqi jail

Foreign fighters against "Islamic State" have been subjected to heavy mistreatment in Iraqi Kurdish prisons. Karlos Zurutuza and Ferran Barber spoke with western volunteers, and recounted months spent in jail. 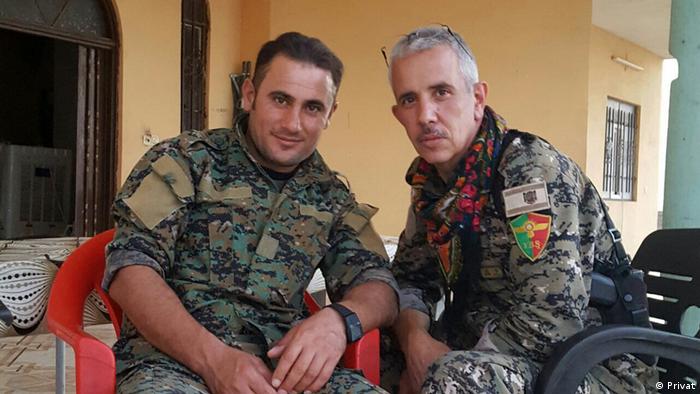 On a blank sheet of paper, Marcos sketches the plan of the Kurdish prison where he spent 95 days in captivity.

"Just picture more than a hundred people inside a 65-square-meter [700 square foot] cell! We had to lie on our sides against each other to sleep, or even remain seated," the 47-year-old Spaniard told DW from his home in Rabanales, a village in northwestern Spain.

Marcos, whose codename was "Dr. Delil," was one of three Spaniards imprisoned last August in the Irbil General Security Directorate, a huge compound in the capital of Iraqi Kurdistan (KRG). He had served as a paramedic in the Sinjar Resistance Units (YBS), a Yazidi armed group set up to protect this minority against radical Islamists, namely the "Islamic State" (IS) group.

When IS began its massacre of the Yazidi population in 2014, the Kurdistan Workers Party (PKK) intervened in order to save the locals from the "Islamic State" militants.

But in the midst of the fight against IS last March, clashes broke out between the YBS and KRG peshmerga forces. YBS often coordinates with the Syrian Democratic Forces (SDF), a multi-ethnic coalition backed by Washington, but which Ankara accuses of having links to the PKK. The PKK is banned in Turkey and considered a terrorist organization by Turkey, the US and the EU.

Close ties between Ankara and the ruling party in Iraqi Kurdistan, the PDK, have apparently resulted in closer scrutiny of YBS and SDF fighters. 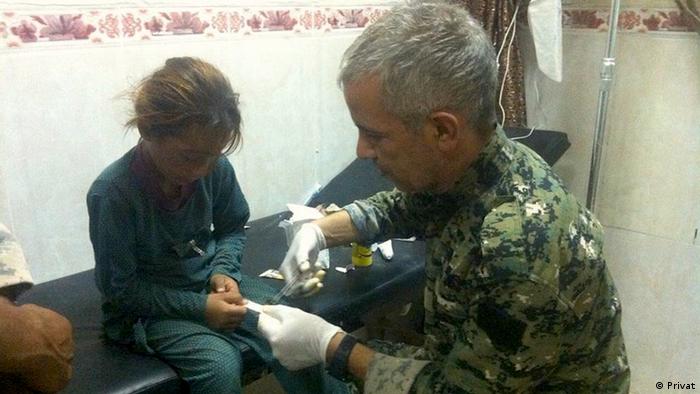 "Whether you're Daesh or PKK doesn't make any difference to us." Marcos said his Kurdish captors in Irbil would frequently tell him, using the Arabic name for IS. Actually, the YBS volunteer claims, they shared their single-toilet cell with IS fighters during most of their stay. And it was a noisy one.

"The TV was on full time and at a brutal volume: verses of the Quran in the morning and Turkish music in the afternoon. I guess their main goal was to prevent us from sleeping," he recalled.

The three Spaniards were not told how long they would be held, nor were they put on trial. They spent most of their time inside the cell, except for 20 minutes each day when they would walk in circles in a courtyard that was covered with wire mesh. The routine sometimes changed, but only for the worse.

"They put me in an isolation cell after a visit from a delegation from the Spanish embassy. After two days in complete darkness, a group of five men came inside and gave me my first beating," recalled Marcos, adding that he and his cellmates could hear the cries of pain from those who were tortured, "even with the TV at full volume." 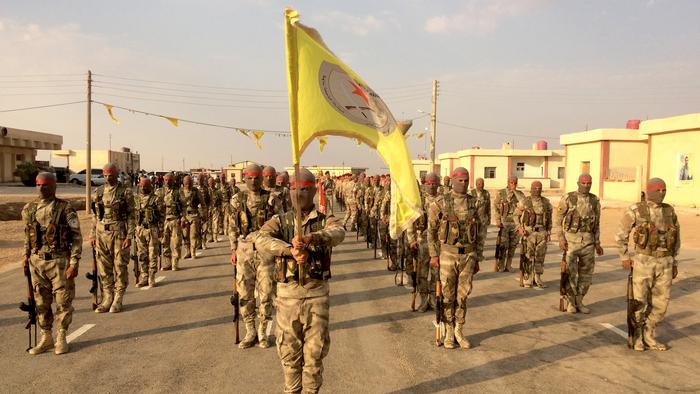 Marcos says the International Red Cross visited the prison more than once to inquire about the state of the detainees. "It was like playing cat and mouse. They would leave a handful of prisoners in the cells, and the rest were walked from one place to another, so they [the Red Cross workers] would never get to see us," he said.

Marcos was released on November 26, 60 days after Robin, one of the other two Spaniards, was freed. The third, a 21-year-old Andalusian code-named "Agir" was held even longer.

'Some tried to kill themselves'

"Conditions were so unbearable that some tried to commit suicide, either with strings they got from blankets or even with the yoghurt lids," which were made of metal, Agir told DW by phone.

He added that in some cells only PKK members were held. "We had no contact with most of the PKK guys, but we saw once how a few of them were handed to Turkish officials in uniform," he noted.

Agir said he was held for 111 days. A French national, known as "Jambo," had already been incarcerated for over 11 months by the time Agir left. Jambo's brother confirmed to DW by phone that the man is still in prison, but he refrained from disclosing any details for fear of reprisals by Iraqi Kurdish authorities.

Their accounts are similar to the testimony of other westerners detained in Iraqi Kurdistan, such as that of Robert Daw and Rae Lewis-Ayling, who were held for 40 days alongside the Spaniards. The two Britons were made to believe they were going to be executed before they were brought to a cell in the Irbil General Security Directorate. 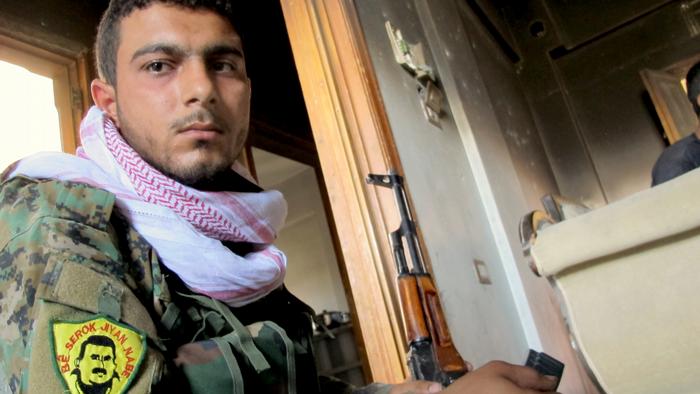 This YPG fighter's patch reads: 'No life without our leader,' referring to PKK head Ocalan, who is imprisoned in Turkey

DW also spoke to Patrick Kasprik and John Locke, Americans who were part of the People's Protection Units (YPG) — a Kurdish milita and primary component of the Syrian Defense Forces — and who were held in the Irbil prison from November 29 to December 22, 2016. Both reported similar overcrowding and mistreatment.

"One of the Germans was put into a cell that was filled with suspected Daesh fighters. After that, he spent three days with his feet handcuffed to his legs, which were in shackles," Kasprik told DW.

"All the prisoners were mistreated," he said. "The guards would also hit migrant workers and even kids."

The International Committee of the Red Cross in Iraq confirmed to DW that foreign detainees are being held in Iraqi prisons, "including women and children," but said it's not possible to give accurate numbers. NGO officials said they are in contact with the relevant Iraqi authorities and embassies regarding a group of foreign women and children of some 20 nationalities.

SDF and PKK officials acknowledged to DW that fighters are being held in Iraqi Kurdish jails.

Daban Shadala, the representative of the Regional Government of Kurdistan to Spain, made no comment on the alleged mistreatment of prisoners. He told DW that Kurdish and foreign fighters had been arrested because they had violated Iraqi Kurdistan visa regulations, crossed the border between Iraq and Syria "illegally" and had been involved in "military activities" in Syria.