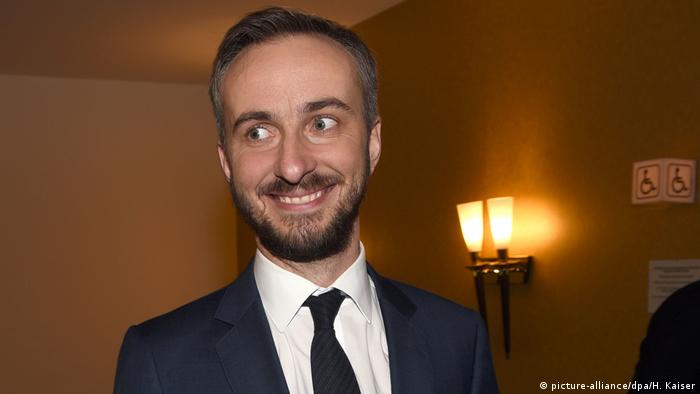 Judges in Berlin's administrative court on Monday dismissed an attempt by comedian Jan Böhmermann to ban Chancellor Angela Merkel from repeating her criticism of his 2016 poem.

Merkel at the time called the crude poem "deliberately offensive," but later said her choice of words had been a "mistake."

Merkel made the comments while Erdogan was seeking to sue the German satirist using an old law that was removed altogether in response to the case; her description may have helped the Turkish leader.

The court said it was rejecting Böhmermann's complaint because Merkel had already distanced herself from the remark, and the Chancellery had insisted there was no danger of it being repeated.

Neither Böhmermann nor Merkel appeared in court; both were represented by their lawyers.

What is the Böhmermann affair?

It came in response to Erdogan filing thousands of lawsuits for perceived "insults" against him in Turkey and beyond. The 38-year-old prefaced the segment by saying it was intended to demonstrate the difference between legitimate criticism and plain slander. The text mixed genuine criticisms of Erdogan's politics and policies with intentionally exaggerated personal insults; for instance, one line alleged that the Turkish leader enjoyed kicking Kurdish people while watching child pornography.

The broadcast prompted a furious Erdogan to demand Böhmermann be prosecuted under Germany's "lese majeste" law, which forbids insulting foreign heads of state. The criminal investigation against him  was dropped in late 2016, but a separate civil court case banned certain "defamatory" verses of the poem.

Read more: Böhmermann: Merkel threw me to a 'despot'

Following the broadcast, Merkel apologized to the Turkish government and said she believed the poem had been "deliberately offensive," according to her spokesman.

Böhmermann's lawyer argued in court that Merkel's statement amounted to "unacceptable state prejudice," given that the comedian had been under investigation.

It was unacceptable for the German government "for political reasons to interfere in the free and independent dispensation of justice with legal assessments," the lawyer, Reiner Geulen, said.

The court's decision is not subject to appeal.

Larry King: Legendary US TV host dead at 87 0m ago