The incident occurred in the dark as German soldiers were returning from a UN peacekeeping mission. A Malian soldier was seriously wounded after German troops returned fire. 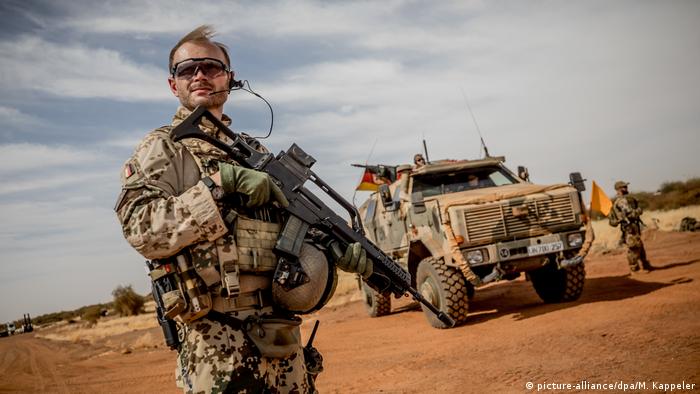 A German convoy was attacked on Saturday as it was returning from a mission to recover a UN transport vehicle 50 kilometers (31 miles) from the soldiers' base in Gao in western Mali, the German military said in a statement Sunday.

The soldiers returned fire in the dark after coming under small-arms fire and were able to return safely to camp. A Malian soldier was seriously wounded during the exchange, the Bundeswehr said.

"According to the current assessments, it was only later discovered that this was an exchange of fire between the Malian security forces and German forces. It cannot be ruled out or confirmed that the wounded Malian soldier was hit by German forces," the Bundeswehr said.

The Malian soldier was taken by German forces to a French field hospital, where he was in a stable but "life-threatening condition," the Bundeswehr said.

The German army has about 1,100 troops contributing to the 15,000-strong UN Mali peacekeeping mission, known as MINUSMA.

MINUSMA has been deployed in the West African country since 2013 to support stabilization and a 2015 peace accord between the Malian government and rebels.

It is the UN's deadliest peacekeeping mission, with nearly 180 peacekeepers killed by clashes with jihadi groups.