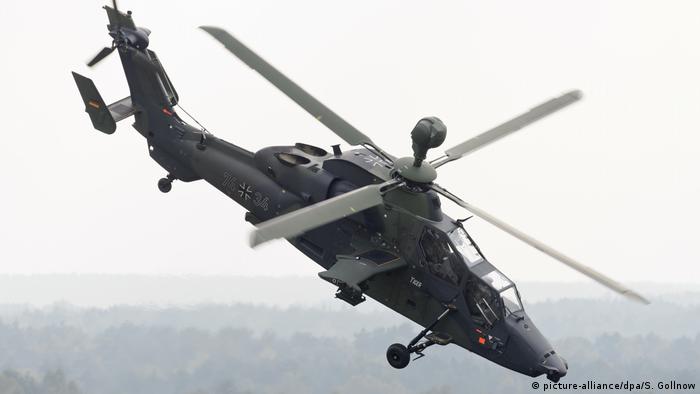 German media cited a Bundeswehr inquiry on Wednesday as concluding that human error on the ground ultimately led to a fatal helicopter crash near Gao, a desert city in northern Mali, on July 26, 2017.

A mistake configuring the rotor blades led to the autopilot automatically turning itself off when the pilot pointed the Eurocopter Tiger's nose towards the ground. This caused the disintegration of the main rotor blade, leaving the crew with "no chance to avoid the accident," according to the report.

Airbus Helicopters, which had serviced the chopper, said "immediately implemented precautionary measures" were taken after the crash, in order to "ensure that such an incident can never again repeat itself." It ruled out a construction flaw in its high-tech UH Tiger.

Citing the previously secret Bundeswehr report, the German news agency dpa and Reuters asserted that the error was made by an Airbus team at Fritzlar, a Bundeswehr airbase, near Kassel in Germany's central regional state of Hessen. The combat helicopter had already booked 150 flying hours.

Deployed to Mali, the experienced pilots had tested their controls before liftoff, but had not noticed that the blades' airflow angle had been wrongly set and assumed the Tiger's basic settings were correct.

Following the media reports, German prosecutors said they opened a probe of negligent homicide against three individuals connected to the helicopter's maintenance.

"A case on the suspicion of negligent homicide has been opened against three people who are said to have carried out" work on the Airbus helicopter, prosecutors in the town of Kempten said.

At the critical moment, while flying at 250 kilometers per hour (155 miles per hour) and 500 meters (1640 feet) above ground, the Tiger's autopilot switched itself off believing that it had recognized a manual override, leading the helicopter to tilt forwards abruptly.

The main rotor disintegrated under the massive surge in air pressure and within just three seconds, a nosedive crash became unavoidable.

The pilots had been on a surveillance flight for the UN mission in Mali (MINUSMA) aimed at stabilizing a peace agreement between the northern African nation's government and rebels.

On Wednesday, the German Defense Ministry said the Mali helicopter's erroneous setting was a singular case. "The remaining Tiger fleet is consistently being used safely," the ministry said, adding that material failure had been ruled out.

Only two of seven Tigers had been operationally ready last year, the German Defense Ministry told parliament in October in response to a query from the opposition Left party.

Airbus Helicopters — based in France, Germany and Spain — says its vehicles are "trusted by more than 160 armed forces worldwide" and bills its range of Tiger craft as "combat-proven."

The Bundeswehr helicopter that crashed in Mali last month, killing two German soldiers, had lost its rotor blades before hitting the ground. The military stressed it was still too early to say what caused the crash. (09.08.2017)