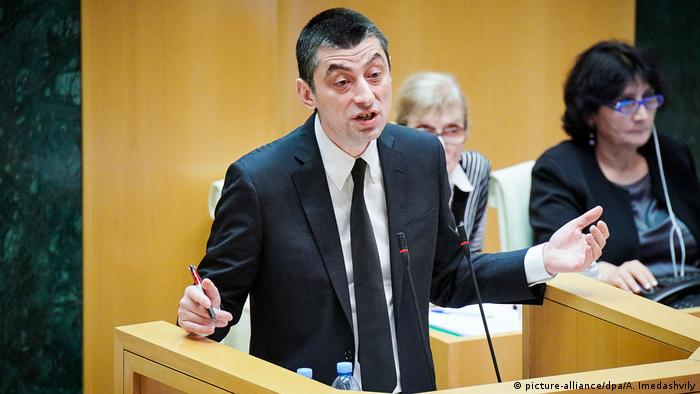 The Georgian parliament on Sunday appointed a controversial figure to become the country's prime minister in a move that has triggered protests in the capital, Tbilisi.

Lawmakers voted 98 to 0 in favor of former Interior Minister Giorgi Gakharia, with the opposition — which had previously labeled the new leader as "Moscow's man" — boycotting the vote.

Gakharia is widely seen as the chief architect of a violent crackdown against Georgian anti-government protesters in June.

The protests were triggered by a Russian lawmaker addressing parliament in his native Russian while sitting in the Georgian parliamentary speaker's seat.

But Gakharia tried to dismiss the opposition's claims that he has close ties to Moscow by taking aim at Russia's occupation of Georgian breakaway provinces, South Ossetia and Abkhazia.

"We all agree that occupation is the biggest problem, the biggest challenge, the greatest evil in our country," said Gakharia.

"The most important component of our security dimension is Georgia’s foreign policy, the country’s pro-Western orientation, and European and Euro-Atlantic integration…The United States is our main strategic partner and there are no limitations in our cooperation," Gakharia said.

Opposition lawmakers have taken aim at billionaire Bidzina Ivanishvili, the founder and leader of the ruling Georgian Dream party, who put forward Gakharia last Monday to replace Mamuka Bakhtadze after the latter resigned on September 2.

"Ivanishvili's oligarchic rule is incompatible with democracy, and all of Georgia's democratic and pro-Western parties will be united forces to defeat him in the parliamentary elections next year," he said.

Dozens of protesters gathered outside the parliament buildings, holding placards reading: "We will not surrender."

Georgia: Between Europe and Stalin