Thousands of soldiers from Georgia are set for two weeks of joint maneuvers with troops from the US, Germany and other NATO countries. Georgia's president has criticized the presence of Russian troops in South Ossetia. Georgia's president, Giorgi Margvelashvili, slammed Russia on Wednesday as he opened two weeks of joint military exercises with the United States and several other NATO countries.

"Today you are standing on the territory of a country, 20 percent of which is absolutely illegally occupied by our neighbor Russia," Margvelashvili said, just a few days ahead of the 10th anniversary of the short-lived war between Russia and the former Soviet state of Georgia in August 2008. 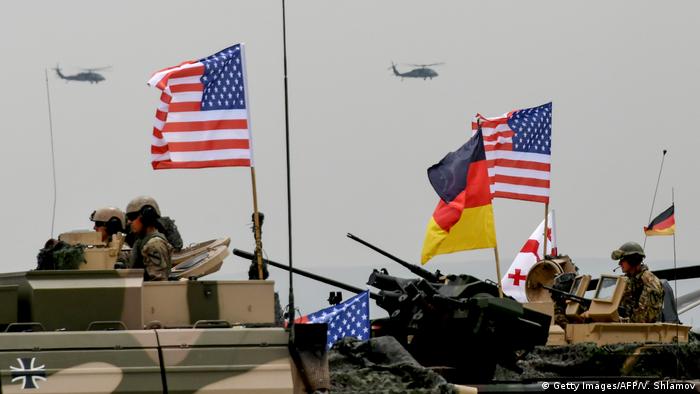 On the 10th anniversary of its short war with Russia, Georgia joined in NATO exercises

The dispute over the Georgian region of South Ossetia resulted in armed conflict, and Moscow continues to garrison troops there.

Some 1,300 Georgian soldiers, 1,170 from the US and several hundred from other nations, including Germany, France, the UK and Turkey, have arrived at the Vaziani military base outside Georgia's capital of Tbilisi for the two weeks of war games.

Moscow has not yet commented on the "Noble Partner" exercises, held every four years, though in the past it has complained that they could destabilize the region. 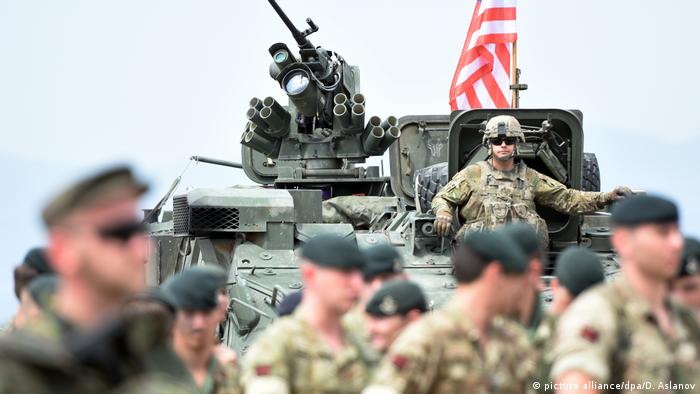 At the same time, Russia is conducting drills in the North Caucasus border region.

Although Georgia is not a member of NATO, it has had close ties with the alliance since 1994, and is considered an "aspirant country."

Russia has paraded its warships and submarines off Saint Petersburg and enclaves such as Kaliningrad and Vladivostok. US troops are leading a joint military exercise in Georgia, which broke with Moscow in 2008. (30.07.2017)