The Group of Seven industrialized nations has told Russia to halt Sunday's referendum aimed at annexing Crimea from Ukraine. The G7 says if Russia proceeds it will take "further action." 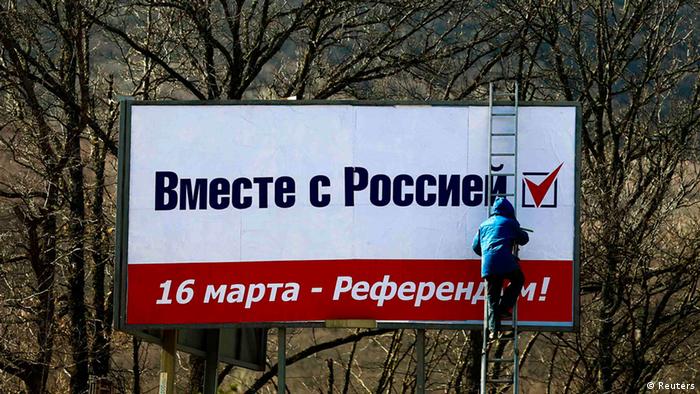 G7 leaders warned Russia on Wednesday to "cease all efforts to change the status of Crimea" or face "further action, individually and collectively."

The statement issued by the White House in Washington came in response to Crimea's parliament endorsing moves to join Russia and making preparations for a referendum among local residents on Sunday (pictured).

The G7 leaders said they would not recognize the outcome of the referendum, which they said "would have no legal effect."

The economic grouping described plans for Sunday as a "deeply flawed process which would have no moral force" because of the presence of presumed Russian troops on the Ukrainian Black Sea peninsula.

Instead, the leaders called on Russia to withdraw its forces in Crimea, begin talks with Ukraine, and allow international observers into the region.

Aside from affecting Ukraine's territorial integrity, an annexation of Crimea could have "grave implications for the legal order that protects the unity and sovereignty of all states," the G7 said.

The grouping said such a move would violate five different bilateral and international agreements.

"We ... urge Russia to join us in working together through diplomatic processes to resolve the current crisis," the G7 added.

German trade group BGA says sanctions against Moscow will hit businesses here but might be life-threatening to the Russian economy. 2014 growth in German trade will hinge on the outcome of the Ukraine crisis, it claims. (12.03.2014)