German trade group BGA says sanctions against Moscow will hit businesses here but might be life-threatening to the Russian economy. 2014 growth in German trade will hinge on the outcome of the Ukraine crisis, it claims. 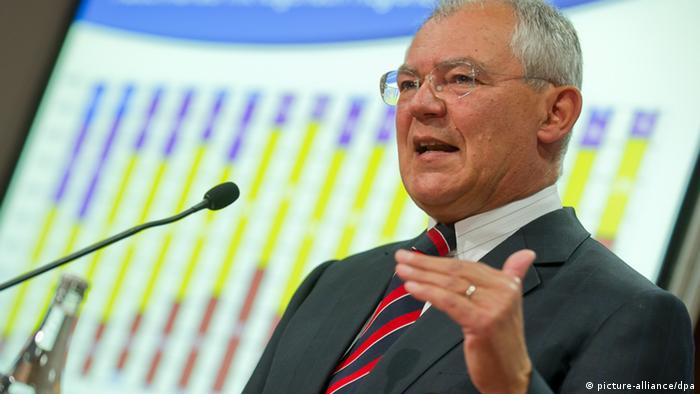 German businesses would suffer more than other European companies from economic sanctions likely to be imposed on Russia over the crisis in Crimea, German foreign trade group BGA warned Wednesday.

With about 6,200 German companies invested in Russia, and bilateral trade worth 76 billion euros ($105 billion) last year, a trade conflict would be painful for the German economy, but life-threatening to the Russian economy, BGA President Anton Börner said.

Noting that Russia had never been an easy trading partner, Börner added that Germany could not do without Russia as both economies were highly complementary.

Speaking at BGA's annual news conference, Börner pointed out that German exports to Russia - most of them being machinery, consumer goods and industrial equipment - amounted to 36 billion euros annually. At the same time, Russia was exporting mostly energy and raw materials worth about 40.4 billion euros to Germany. A cut in Russian gas exports would most certainly lead to higher energy prices in Germany, he said.

BGA made its 2014 prediction for growth in German foreign trade dependent on Western sanctions against Moscow. For this year, the trade association said it expected German exports to grow by about 3 percent and imports to expand by 2 percent.

"But these forecasts could quickly become waste paper if the crisis in Crimea escalates further,"Anton Börner added.

While the United States is preparing sanctions against Russia, EU leaders are discussing bans on visas for key officials and other responses if Moscow doesn't show signs of restraint on Ukraine. Russia has consolidated its hold on Ukraine's Crimean peninsula ahead of a pro-Russia referendum on the region's future.

German chancellor Angela Merkel has described Russia's action as amounting to an annexation, but called for dialog to resolve the crisis.