As he prepares for a series of events to mark the centenary of the end of World War I, President Emmanuel Macron has warned against a surge in populism in Europe. His party is looking ahead to European elections. 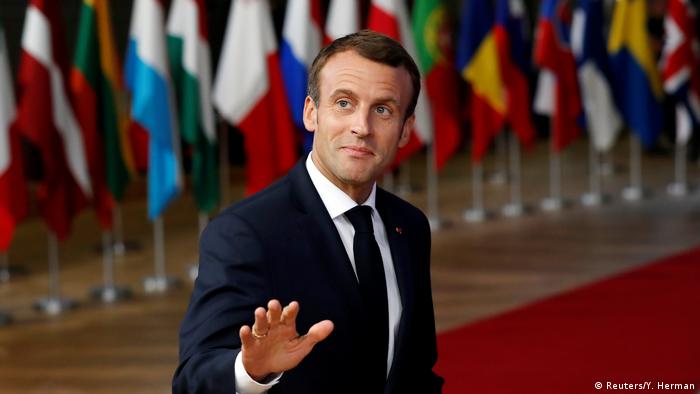 Marking one centenary and with an eye to next year's European parliamentary elections, French President Emmanuel Macron has warned against a rise in populism. He encouraged Europe to resist the same political tendencies that surged in the 1920s after the end of World War I.

In an interview with the Ouest France newspaper, Macron said, "In a Europe divided by fears, nationalist assertions and the consequences of the economic crisis, we see in an almost methodical manner the rearticulation of everything that dominated life in Europe from post-World War I to the 1929 crisis."

US President Donald Trump is among the guests invited to the November 11 Armistice Day celebrations in Paris. They mark the day in October 1918 when a ceasefire was agreed between German and Allied forces.

German President Frank-Walter Steinmeier has been invited to participate in events in London the same day. Initially invited to attend a memorial service in Westminster Abbey, Prime Minister Theresa May's top military adviser has asked for Steinmeier to become the first German ever to lay flowers during the ceremony at the Whitehall Cenotaph.

In his interview, Macron did not mince his words as he described the threat to Europe from both inside and outside the bloc, which Britain is leaving next year, "Europe is facing a risk: that of dismemberment through nationalist leprosy and being pushed over by external powers, and, therefore, to lose its sovereignty," he told Ouest France.

That loss of European sovereignty could come from a number of factors, Macron said, including: "having security dependent on American choices and changes, China's growing presence within essential infrastructures, a Russian state sometimes tempted to manipulate, and to major financial interests and markets."

Macron's En Marche party presents candidates for the European elections for the first time next year.

Opinion polls are showing En Marche could take about 20 percent of France's 79 seats in the 705-member assembly.

Without the UK, and with Chancellor Angela Merkel's influence waning after she announced she would not seek re-election as her party's leader or as chancellor, Macron's team is presenting the election as an opportunity to upset the traditional left-right division in the European assembly and shake up the system with new alliances. 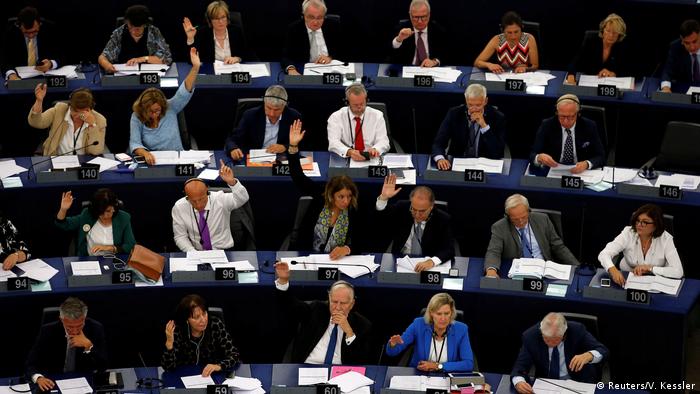 Members of the European Parliament

Macron's top strategist, Stephane Sejourne, said the current political divisions in Europe were an opportunity to draw lawmakers from across the political spectrum, much as Macron did in France during his successful run to the presidency in May 2017.

"We see political instability more like an opportunity than a constraint," Sejourne told Reuters news agency. "I want to speak with Spanish Socialists, Ciudadanos, with the German Greens but also with parts of the CDU while at the same time exchanging with the SPD."

Sejourne also believes Macron's grouping could dislodge the conservative EPP, influenced by Merkel in the past, as the European Parliament's dominant group. "I think it's possible to gain a majority under various configurations: will it be the progressives? The democrats? There can be a sort of an alliance," he said.

Macron's approval ratings some 18 months into his five-year-term continued to slip, according to a Kantar Public poll published on Wednesday. Only 26 percent of those asked expressed confidence in their president.

jm/sms (Reuters, AFP) Each evening at 1830 UTC, DW's editors send out a selection of the day's hard news and quality feature journalism. You can sign up to receive it directly here.