After reporting on a possible political shake-up in Moscow, two respected journalists have been forced to quit a top Russian newspaper. The outlet's editor-in-chief has denied that ownership had a role in the firings. 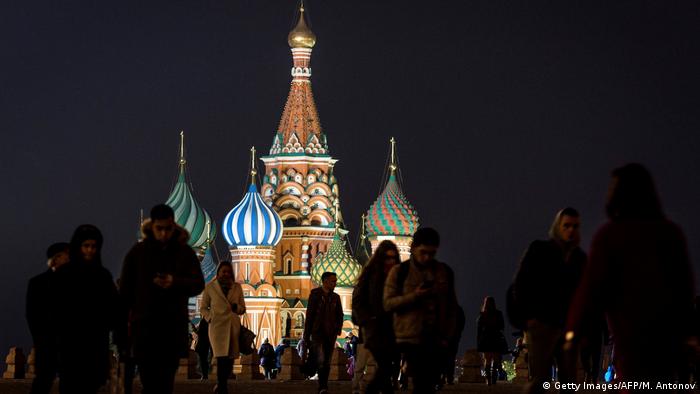 At first glance, the article that has been making waves in Moscow is relatively uninteresting. On April 17, Russia's leading politics and business newspaper Kommersant reported that Valentina Matviyenko, the speaker of the Russian parliament's upper house, was due to meet President Vladimir Putin in May for talks.

The article, citing several government sources, detailed the possibility that Matviyenko, a close Putin ally, might leave her post to head up the state pension fund. Sergei Naryshkin, the current head of the SVR foreign intelligence service and another Putin confederate, would fill her shoes. Matviyenko and other officials denied the report.

The journalists behind the article, 10-year reporting veterans Maxim Ivanov and Ivan Safronov, have since been forced to resign over their scoop. According to reports, someone from the paper's publishing company allegedly attempted to find out more about the sources behind the article. After Safronov and Ivanov refused to reveal the information to protect their contacts, they were forced to leave the paper.

Speaking with DW, the newspaper's editor-in-chief, Vladimir Zhelonkin, expressed doubt over the existence of the article's sources. "I myself didn't want to know the identity of the sources, but I wanted to be sure that they existed," he said.

A wave of solidarity

On Monday evening, 13 additional journalists — the entire politics desk — said they were quitting in solidarity with the two men. The reaction was swift, with the publisher barring access to their computers and the Kommersant offices.

Lacking reliable information, many in Moscow have speculated as to why the article made such an impact. Some have said that Matviyenko and Naryshkin feared any potential damage to their political careers, and may have decided to pressure the publisher.

Zhelonkin has denied that the paper's owner, billionaire Alisher Usmanov — another friend of the Kremlin — was unhappy with the article. "He never asked me who was behind the report," Zhelonkin told DW.

On social media, the departed journalists disputed this claim, saying Usmanov himself was behind the firings of Safronov and Ivanov. Journalists still employed at Kommersant, who wished to remain anonymous, have expressed similar views.

Journalists have long complained of being pressured at the paper, with Usmanov taking over as owner in 2006. In 2011, the editor of sister publication Kommersant Vlast was fired after the newsmagazine printed a photo showing a ballot paper with an obscene message directed at Putin.

Mikhail Fedotov, chairman of the Russian presidential human rights council, has expressed concern over these latest developments, and urged Kommersant publishers not to interfere in editorial affairs. The Kremlin's response was brief, with spokesman Dmitry Peskov saying that "Ivan Saronov is one of the most talented and professional journalists that we know."

In a statement, Zhelonkin said the reporters had been fired because they violated "journalistic standards," and said the politics desk had quit out of "false solidarity" and to put pressure on the management.

Around 200 journalists working for the Kommersant publisher have refuted his claims, signing a petition saying "there has been no breach of standards; instead, there's been pressure on journalists." The petition went on to say that until further notice, Kommersant would not report on any Russian political news. Editor-in-chief Zhelonkin responded by saying their resignation would have no effect on the paper's political coverage.

"The publication's shareholders decided wisely. Why would you need the political desk in Kommersant newspaper if there's no politics in the country,'" responded StalinGulag, a prominent anti-Kremlin blogger.

The walkout is a rare protest in Russia's tightly controlled media industry, which is dominated by pro-Kremlin outlets.

"I always berated Kommersant journalists for turning into slaves" of the Kremlin-friendly tycoon, Navalny said. "But now I can only say: well done! Dignity has triumphed."