With the number of Islamists on the rise in Germany, the president of the country's Federal Criminal Police Office (BKA) has warned that "lone perpetrators" or "small groups" pose the greatest domestic threat. 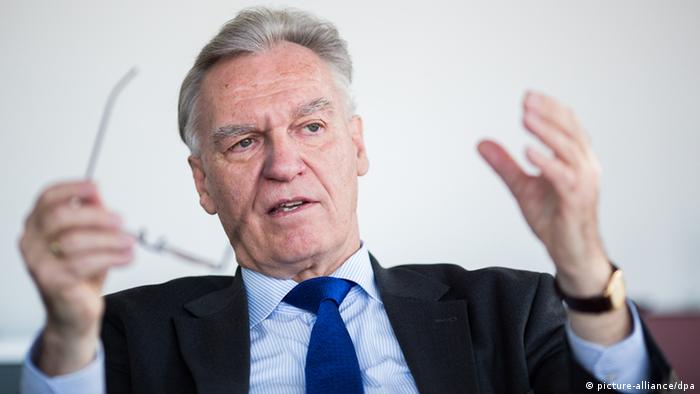 In an interview published on Saturday in the German newspaper die Welt, Jörg Ziercke said at least 1,000 people are currently part of a growing Islamist terrorist scene in Germany.

Ziercke warned that 230 of those could be capable of "committing crimes on a substantial scale." Over the past four years, the numbers have almost doubled, with just 120 people on the list of "potential threats" in 2010.

After nine foiled terrorist attacks as well as the unexploded suitcase bombs in Cologne in 2006, a gun attack on US soldiers at Frankfurt Airport five years later and a deposited bomb at Bonn's central train station in 2012, Ziercke said it was obvious that "more attacks will come."

"The security authorities, however, are well-positioned and would try to foil such plans with all their might. Panic is not necessary," he concluded.

In addition to the 230 "potential attackers," the BKA has also identified a further 300 people who "could help logistically in preparing an attack," said Ziercke, who is set to retire in the middle of November. "At the moment, there are 420 investigations underway and 650 defendants with an Islamist background."

As recently as Friday, the United Nations had reported that the military success of the "Islamic State" (IS) had brought an unprecedented influx of fighters from abroad to join militias in Iraq and Syria. Around 15,000 men and women from some 80 countries have been drawn there to fight for IS or other extremist groups.

Last week, domestic intelligence also highlighted the rapid and "alarming" growth of the radical Islamic Salafist scene in Germany. "The group currently accounts for around 6,300 people," said federal intelligence chief Hans-Georg Maassen. "By the end of the year, it could reach 7,000. A few years ago, we counted just 2,800 Salafists."

Intelligence services can now also prove that at least 450 predominantly young Salafists have joined the jihad, the "holy war" in Syria and Iraq, with a large number of cases still going unreported. According to media reports, based on security sources, the actual number of Islamists who have left Germany could already top 1,800.

Violent hooligans, backed by right-wing extremists, have teamed up against a new enemy: Salafists. For months now, they have lashed out online - and now they're taking to the streets. (18.10.2014)

Water cannons, 49 police injured and almost 60 arrests: That was the result of recent hooligan rallies against Salifists. Arguing politicians and experts are now at loggerheads over the use of the right to demonstrate. (29.10.2014)

Violent hooligans, backed by right-wing extremists, have teamed up against a new enemy: Salafists. For months now, they have lashed out online - and now they're taking to the streets. (18.10.2014)