Facebook said on Wednesday that 87 million people may have had their personal data leaked to Cambridge Analytica, a data mining firm that used the data to try to influence elections in the US and UK.

The social media giant admitted last month that 50 million users' data had been leaked, after two newspapers, The New York Times and The Observer, broke the story based on their investigations of Cambridge Analytica.

Facebook's chief technology officer, Mike Schroepfer, released the new figures on Wednesday as he unveiled a new set of privacy tools for users of the social network.

"In total, we believe the Facebook information of up to 87 million people — mostly in the US — may have been improperly shared with Cambridge Analytica," he said.

The UK-based consultancy has denied wrongdoing. It said it had engaged a university professor "in good faith" to collect Facebook data in a manner similar to how other third-party app developers have harvested personal information.

Facebook's disclosure comes as chief executive Mark Zuckerberg said he would appear on April 11 before a House committee — his first testimony before Congress. Separately, the US Federal Trade Commission and various authorities in Europe are investigating.

The hearing will "be an important opportunity to shed light on critical consumer data privacy issues and help all Americans better understand what happens to their personal information online," said the committee's Republican chairman, Greg Walden, and ranking Democrat, Frank Pallone, in a statement.

"We appreciate Mr. Zuckerberg's willingness to testify before the committee, and we look forward to him answering our questions."

The Facebook co-founder has also been invited to appear before the Senate's Judiciary Committee on April 10, alongside Google chief Sundar Pichai and Twitter head Jack Dorsey.

The horse has bolted

Zuckerberg said he had made a "huge mistake in failing to take a broad enough view of what Facebook's responsibility is in the world."

He said earlier this week it would take "a few years" to fix the problems uncovered by the revelations on data misuse.

Facebook's problem was that it was "idealistic," he said, focusing on the positive aspects of connecting people and that "we didn't spend enough time investing in, or thinking through, some of the downside uses of the tools." 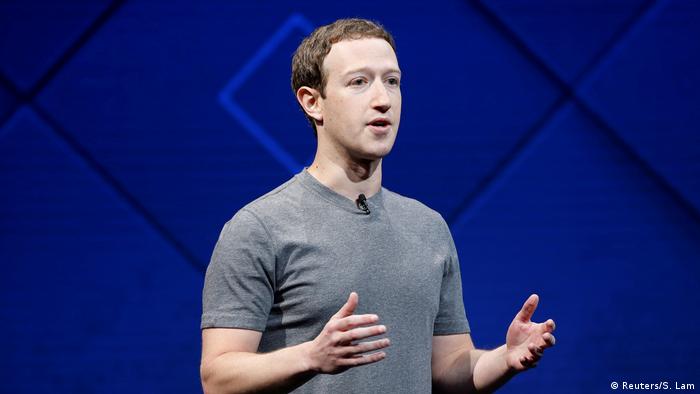 Next Monday all Facebook users will receive a notice on their Facebook feeds with a link to see what apps they use and what information they have shared with those apps. They will have a chance to delete apps they no longer want. In addition, the company is also removing the option to search for users by entering a phone number or an email address.

A few weeks ago Facebook said it will remove developers' access to people's data if the person has not used the app in three months.

Zuckerberg said it isn't enough for Facebook to believe app developers when they say they follow the rules.

The social networking giant said this week it had revoked the accounts of 70 Facebook and 65 Instagram accounts and removed 138 Facebook pages controlled by the Russia-based Internet Research Agency (IRA).

The agency has been dubbed a "troll farm" for making deceptive posts during the 2016 US presidential campaign.

Shares in Facebook are down more than 16 percent since the Cambridge Analytica scandal broke, and advertisers are also deserting the site.

After the recent data abuse scandal, Facebook wants to make it easier for its users to protect their privacy. But big data entrepreneur and technology critic, Yvonne Hofstetter, doubts that anything will change. (03.04.2018)

Social media mogul Mark Zuckerberg ranks among the most powerful men in the world. As the head of Facebook, Zuckerberg became a billionaire at a very young age, but his rise was not without controversy. (24.03.2018)