Social media mogul Mark Zuckerberg ranks among the most powerful men in the world. As the head of Facebook, Zuckerberg became a billionaire at a very young age, but his rise was not without controversy. 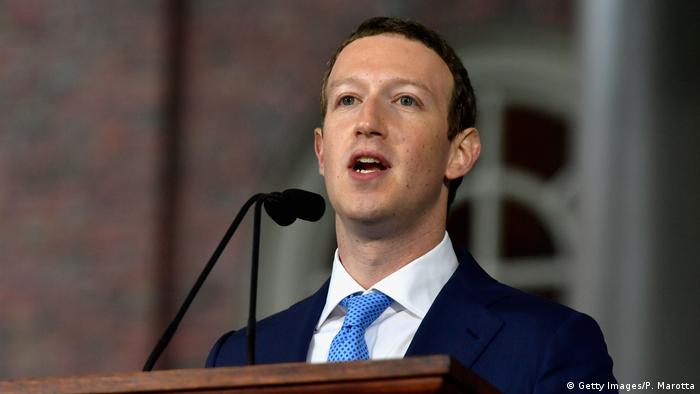 The 33-year-old Mark Zuckerberg rules an empire many world leaders would envy: He is the head of the world's most popular social media network, Facebook. The online platform has nearly 2.2 billion active users as of 2018. How did a young computer programmer come to lead one of the most influential global companies?

Zuckerberg was born into an upper-middle class family in the town of White Plains, New York, in 1984. His father, Edward Zuckerberg, is a dentist, and his mother, Karen, a psychiatrist. He has three sisters.

The future Facebook CEO showed interest in software coding even as a child. In the mid-1990s, he built a program that allowed computers in his father's dental office to share data, and also linked them with computers used by him and his sisters in the same building, which served as the family home. Zuckerberg dubbed the program "ZuckNet."

The project, however, turned out to be short-lived. The family soon switched to AOL Instant Messenger, which gained popularity by allowing internet users to easily communicate with each other. (The service was discontinued in late 2017, in large part due to the popularity of Facebook and other more modern social media.)

While sometimes described as socially awkward, Mark Zuckerberg did not conform to the nerdy programmer stereotype in his youth. He became the captain of his high school fencing team while attending the prestigious Phillips Exeter Academy in New Hampshire.

He was also part of a group that built a music playing software called Synapse Media Player during his high school years. In the accompanying section on Synapse team members, teenage Zuckerberg described himself as a "[p]rogrammer god."

Zuckerberg got into Harvard in 2002 as a psychology major, but he also studied computer science. Once enrolled, he joined the Alpha Epsilon Pi fraternity and met his future wife Priscilla Chan at a party organized by the fraternity in 2003.

Sitting in his Harvard dorm room one evening in the fall of 2003, Zuckerberg went online to browse pictures of his fellow students living in the same dormitory. The pictures for the so-called "facebook" were provided by the university.

Zuckerberg had an idea to compare pictures and let visitors rate them on attractiveness, but he also decided to hack other dormitories for a larger selection of images. He named the site "Facemash."

The site saw hundreds of visitors within hours of its launch. It quickly became so popular that it crashed some of Harvard's servers. However, other students complained about their photos being used without permission. The faculty promptly shut Facemash down.

Soon, however, the idea for Facemash evolved into a website dubbed thefacebook.com that linked Harvard students online. The network grew to encompass other universities, then high schools and, eventually, the general public. Zuckerberg dropped out of Harvard in 2004, after completing his sophomore year, in order to dedicate himself to the new company. The platform had a million registered users by the end of the year. 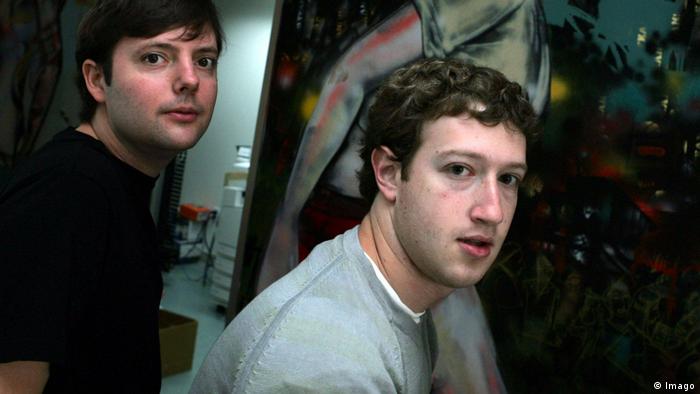 Zuckerberg was sued by three older students soon after launching his future social media empire. Divya Narendra and twin brothers Tyler and Cameron Winklevoss claimed that they worked on a similar idea for a social network throughout 2003 and contacted Zuckerberg after the Facemash event. Zuckerberg allegedly accepted to write code for their project called HarvardConnection. According to the trio, he delayed on delivery, then snubbed them and eventually stole their idea to start Facebook.

The lawsuit launched a years-long legal battle that ended with a court settlement in 2008. According to media reports at the time, Facebook agreed to pay $65 million (€59.5 million) in cash and shares to the plaintiffs.

The controversy around the lawsuit was a major part of the 2010 movie "The Social Network" by David Fincher and Aaron Sorkin. The film tells a semi-fictionalized account of Zuckerberg's college years and the rise of Facebook.

Despite the legal controversies, Facebook continued its growth to pass 100 million users in 2008 and break into 1 billion just four years later.

In 2010, Zuckerberg was declared Time magazine's Person of the Year. He married Priscilla Chan in May 2012, just a day after taking Facebook's stock public. The couple have two daughters.

Today, Zuckerberg only owns around 17 percent of Facebook. Even so, he ranks as the fifth-richest man in the world according to Forbes magazine, with a net worth of $71 billion. He and his wife are famous for their philanthropic work. San Francisco's General Hospital was renamed "Priscilla and Mark Zuckerberg San Francisco General Hospital and Trauma Center" after the two donated $75 million to it in 2015.

The couple has also pledged to give 99 percent of their Facebook shares "during our lives" to the charitable "Chan Zuckerberg Initiative" dedicated to their first-born daughter.

In 2018, Mark Zuckerberg found himself in the center of a major political scandal after reports broke of the alleged data theft of some 50 million Facebook users. The company behind it, according to the reports, is the political consulting firm Cambridge Analytica, which used the data to tailor Facebook ads for the Donald Trump presidential campaign and reportedly advance other Brexit as well as other political campaigns worldwide.