The social media giant's chief executive and founder has vowed to "step up" measures to protect user data. Facebook has been caught up in a scandal after a data analytics company harvested data from 50 million users. 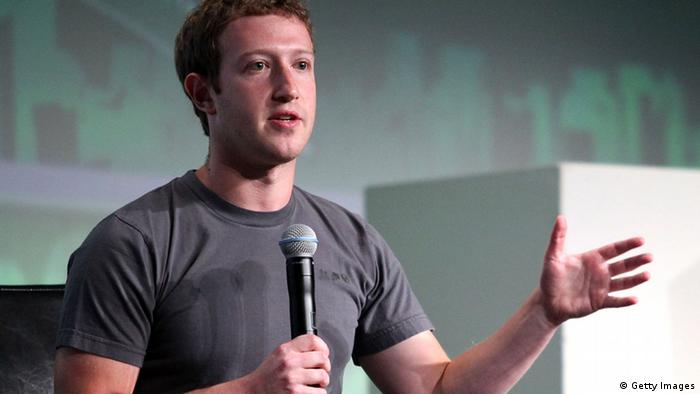 Facebook founder and CEO Mark Zuckerberg on Wednesday said his company has a "responsibility" to protect its users' data, saying: "If we can't, then we don't deserve to serve you."

"The good news is that the most important actions to prevent this from happening again today we have already taken years ago," Zuckerberg said in a statement posted on his Facebook page. "But we also made mistakes, there's more to do, and we need to step up and do it."

"I started Facebook, and at the end of the day I'm responsible for what happens on our platform. I'm serious about doing what it takes to protect our community," Zuckerberg said.

Facebook says it was hoodwinked by Cambridge Analytica, the company that harvested data from millions of social media users on behalf of US President Donald Trump's 2016 election campaign.

"We should not have trusted Cambridge Analytica's certification, and we are not going to make that mistake again," Zuckerberg said.

In a statement cited by US media late on Tuesday, the social media network said: "The entire company is outraged that we were deceived," in a reference to the UK-based political research firm at the center of the scandal.

"We are committed to vigorously enforcing our policies to protect people's information and will take whatever steps are required to see that this happens," it continued.

Facebook said its top executives were "working around the clock to get all the facts," after a whistleblower revealed how Cambridge Analytica had improperly accessed the data of 50 million Facebook users to attempt to influence US voters. 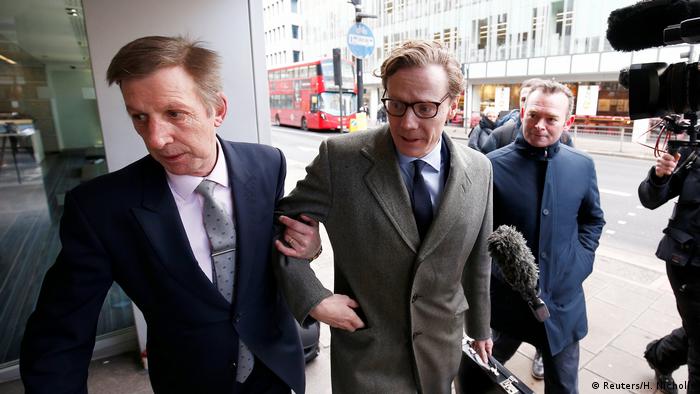 Alexander Nix has been suspended as CEO of Cambridge Analytica

Facebook's shares have plummeted since the scandal unfolded, at times losing up to $50 billion (€41 billion) in value. Investors are concerned about the scandal's long-term reputational damage, and whether social media networks may now face tougher regulation.

"I am actually not sure we shouldn't be regulated," Zuckerberg told CNN. "Technology is an increasingly important trend in the world; the question is more the right regulation than should it be regulated."

A San Francisco court on Tuesday saw the first of what could be numerous lawsuits from shareholders who say they have suffered losses due to the social media misleading them about its ability to protect user data.

There is also the potential for lawsuits on behalf of users whose personal information was revealed.

American and European lawmakers have called for Zuckerberg to testify on how user data was compromised and what Facebook plans to do about it. Speaking to CNN, Zuckerberg said he would be willing to testify to the US Congress "if it's the right thing to do."

The social media firm is already under fire for allowing fake news to proliferate on its platform during the US election campaign and has repeatedly faced criticism over the privacy of its 2.1 billion regular users.

Brazilian prosecutors also said on Wednesday that they had opened an investigation into whether Cambridge Analytica acted illegally.

The social media giant has accused the data analysis company of illegally obtaining user data. At the same time, a whistleblower has said that Cambridge Analytica illegally harvested data from 50 million users. (17.03.2018)

Lawmakers in the EU and the US demand answers following reports that a firm harvested data from 50 million Facebook users to influence the US election. Cambridge Analytica reportedly retained illegally obtained data. (19.03.2018)