Lawmakers in the EU and the US demand answers following reports that a firm harvested data from 50 million Facebook users to influence the US election. Cambridge Analytica reportedly retained illegally obtained data. 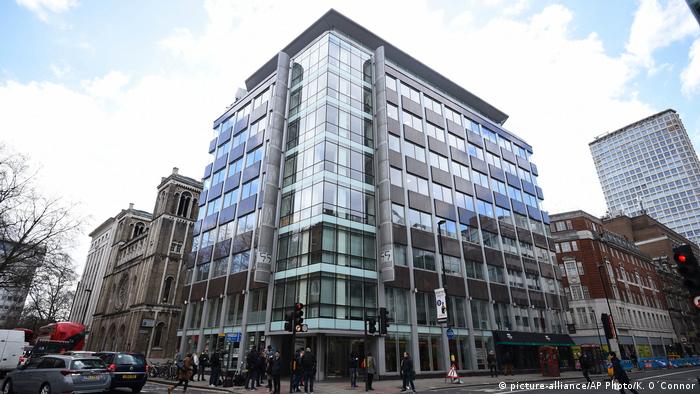 Politicians in the European Union and the United States have expressed concern about digital privacy after media reported that a consultancy that worked on Donald Trump's 2016 presidential election campaign gained inappropriate access to the personal data of 50 million Facebook users.

On Monday, EU Justice Secretary Vera Jourova called the revelations "horrifying," saying that she will "seek further clarification from Facebook" when she travels to the US next week.

In the US, Senator Amy Klobuchar, a Democrat from Minnesota and a member of the chamber's Judiciary Committee, said on Sunday that "it's clear these platforms can't police themselves."

In Britain, Conservative legislator Damian Collins, the head of the parliamentary media committee, said he wanted the social network's chief executive, Mark Zuckerberg, or another Facebook executive to appear before the body. Collins said the company had "consistently understated" the risk of data leaks and given misleading answers to the committee.

On Monday, a spokesman for Prime Minister Theresa May said the allegations were "very concerning" and that the government expects "Facebook, Cambridge Analytica all the organisations involved to cooperate fully."

Former employee Chris Wylie told several media outlets that UK-based Cambridge Analytica built psychological profiles to target voters with specific election-related content. He told Britain's Channel 4 news that the company had amassed a huge database very quickly from an app developed by an academic that vacuumed up data from Facebook users who agreed to fill out a survey, but also from their friends and contacts — which many did not know about.

"Imagine I go and ask you: I say, 'Hey, if I give you $1, $2, could you fill up this survey for me, just do it on this app,' and you say, 'Fine,'" Wylie said. "I don't just capture what your responses are, I capture all of the information about you from Facebook. But also this app then crawls through your social network and captures all of that data also."

Though it remains unclear whether the Republican-controlled US Congress intends to act, members of Trump's party tepidly criticized Facebook and Cambridge Analytica. "We'll learn more about this in the days to come," Florida Senator Marco Rubio said. "But, yeah, I'm disturbed by that."

In a statement released on Sunday, Facebook — which has also come under fire in continental Europe for its privacy policies — pledged to conduct a "comprehensive internal and external review" to determine whether the user data in question still exists. Facebook suspended Cambridge Analytica's account after accusing a Cambridge University psychology lecturer of violating policy by lying and passing data on to the firm from an app he had developed.

Cambridge Analytica has denied violating Facebook's terms, insisting that "no data from GSR [their contractor] as part of the services provided to the Donald Trump 2016 presidential campaign," according to a statement.

A 30,000-year-old statuette depicting a naked woman had been censored by Facebook. After labeling the famous Paleolithic Venus as "dangerously pornographic," the company is apologizing for its "mistake." (01.03.2018)