A 30,000-year-old statuette depicting a naked woman had been censored by Facebook. After labeling the famous Paleolithic Venus as "dangerously pornographic," the company is apologizing for its "mistake." 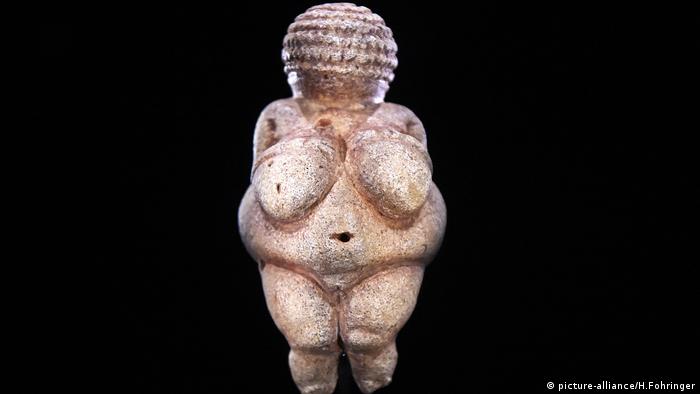 A Facebook spokesperson officially apologized on Thursday for the company's censorship of a post showing the voluptuous 11-centimeter 30,000-year-old statuette named the "Venus of Willendorf."

The controversy began in December when Laura Ghianda, an Italian arts activist, posted a picture of the artwork on Facebook. It went viral — and Facebook censored the photo. Ghianda was indignant, messaging that the "war on human culture and modern intellectualism will not be tolerated."

The Natural History Museum (NHM) in Vienna, where the figurine is on display, expressed its outrage on Wednesday. "An archaeological object, especially such an iconic one, should not be banned from Facebook because of 'nudity,' as no artwork should be," the Vienna museum declared in an official statement.

"There has never been a complaint by visitors concerning the nakedness of the figurine," the museum's director Christian Köberl told press agency AFP.

The figurine, clearly a fertility symbol, was discovered in the Austrian village of Willendorf — thus the artwork's name — in the early 20th century. It is not only considered the "icon" of the museum, but the most well-known prehistoric depiction of a woman worldwide.

Facebook's apology came in reaction to the Viennese museum's statement and the ensuing public outrage. The company's spokesperson explained that Facebook's policies do not allow depictions of nudity or even suggested nudity. "However, we make an exception for statues, which is why the post should have been approved," she told AFP.

A French court is to decide on March 15 on the case of a Facebook user whose account was shut down after he posted Gustave Courbet's "L'Origine du monde" (The Origin of the World), a 19th-century painting depicting a woman's genitals.

Facebook backs down on censorship of iconic Vietnam War photo

Facebook will now allow an iconic 1972 photo of a naked girl fleeing a napalm attack after previously censoring the image. The move comes amid widespread outrage after the photo was removed from the social network. (09.09.2016)

A video of a stoning is no problem, but a bare nipple? Erase that video! A German comedy group has founded a Customer Care Service and is taking Facebook to task. (10.08.2016)

The internet giant has once again landed in hot water with an EU country over privacy violations. A court in Belgium says Facebook's gathering of data goes too far in "tracking online behavior." (16.02.2018)

A few museums in Vienna got banned on social media for posting nude art. But the Vienna Tourist Board had an idea: Only Fans! They created an account on the adult-only platform, which allows depictions of nudity.

Creator Art Spiegelman said he was "baffled" by the "demented" decision to remove his book from the curriculum over eight swear words and depictions of "nakedness."

Filmmakers in Pakistan struggle for space and recognition 07.12.2020

With its rich history and diverse cultural landscape, Pakistan has an abundance of stories. But a lack of opportunities and a shrinking local market are driving non-commercial content creators to the brink.