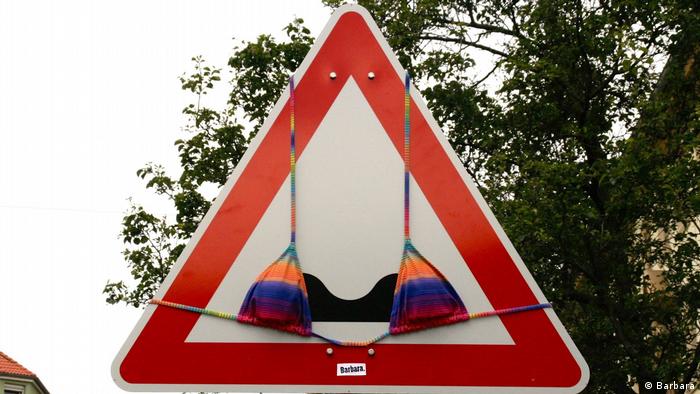 As online content goes, the image of a bikini top covering a traffic sign alerting drivers to speed bumps is rather innocuous. But that didn't stop Facebook and Instagram from removing the photograph from the accounts of German street artist "Barbara."

The artist or artists behind the name, who want to remain anonymous, also say the platforms threatened to close the accounts entirely.

"Employees of private companies are making snap decisions on behalf of Facebook and Instagram and don't even provide any rationale," wrote "Barbara" on Facebook. "I think this is more than a threat to Internet freedom. From my perspective, it's being ruined."

The case is the latest in series of examples of social media platforms taking down satirical or humorous content this year, perhaps in an effort to conform to Germany's new network enforcement law known as NetzDG, which requires them to quickly remove offensive and illegal material.

The law was passed during the last legislative period of 2017 as a way of combating hate speech and other objectionable content, and it initially drew some rave reviews, especially abroad. The Atlantic magazine even suggested that it had the potential to "fix Facebook." But now, scarcely more than two weeks after the so-called "lex Facebook" came into force at the start of 2018, many people say it's a flop.

"Every naked breast gets taken down" 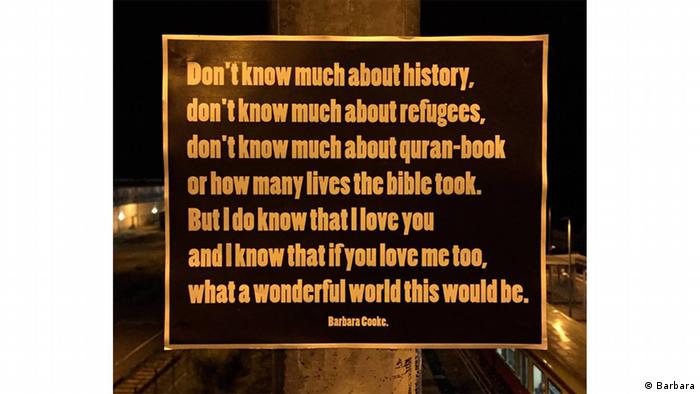 "Barbara" – whose works often consist of humorous and politically pointed alterations to public signs and who won a prestigious Grimme Award in 2016 – says there could be a connection between the law and the messages she received from the two platforms.

"It's only speculation because I wasn't given any reasons, but I think that at the very least the law has put the platforms under pressure so that they're more likely to delete too much than to delete too little," the street artist told DW.

Opposition politicians are far more confident that such"overblocking" is indeed a direct consequence of what they criticize as a poorly written piece of legislation.

"This illustrates the problems that crop up when service providers take such decisions on tight deadlines, especially with difficult evaluative questions, such as how to treat satire," Petra Sitte of the Left Party told DW.

Politicians agree that illegal content on social media should be taken down and its authors brought up on criminal charges. But Konstantin von Notz of the Green Party complains about the "arbitrariness" of platform decisions, which he thinks is reinforced by the law.

"Facebook has zero awareness where artistic freedom is concerned," Notz told DW. "Every naked breast gets immediately deleted, even if it's in a classical oil painting."

Notz adds that German law should be rewritten to require social media platforms to justify their decisions about what they do and do not censor.

"A poor and misguided piece of legislation" 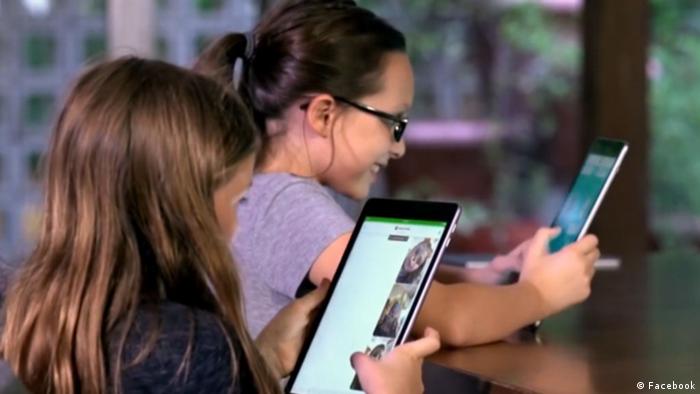 Media lawyer Joerg Heidrich says it is absurd to think "Barbara's" works are in any way illegal. But he also points out that there is a limit to the responsibility borne by social media platforms such as Facebook for public discourse.

"It's not a state institution that has to guarantee that everyone can manage their postings," Heidrich explained to DW. "Facebook, for example, is a private company, and in principle they can delete what they want."

But he, too, criticizes the wording of NetzDG for inadvertently encouraging overblocking.

"Everyone who familiarized himself with the law knew that there would be a lot of collateral damage for freedom of speech," Heidrich says. "In my opinion, NetzDG is a poor and misguided piece of legislation that definitely should be repealed. It's counterproductive to create so much pressure."

Heidrich also says that both Facebook and the government need to come up with mechanisms for protesting wrongly deleted content as well as flagging content that should be taken down. But getting in touch with Facebook is easier said than done. The company's German subsidiary in Hamburg doesn't maintain a website or publish a telephone number. A DW request for a statement, made to the Facebook page of a company spokeswoman, went unanswered. 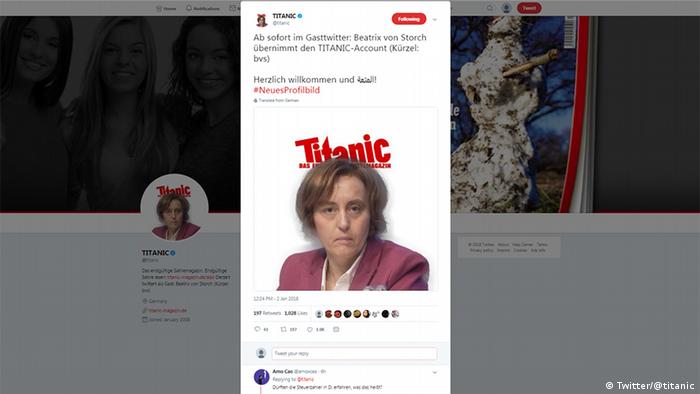 Twitter has also drawn fire for an inability to recognize satire

The censorship of "Barbara's" photos isn't the only case in which social media platforms in Germany have been accused of overstepping their bounds and suppressing content that falls well within any definition of acceptable free speech.

Earlier this month, Twitter blocked the account of the satirical magazine Titanic, after the publication published a tweet parodying the far-right populist Alternative for Germany (AfD) party's Islamophobia. The tweet purported to be from a leading AfD politician complaining about German police using Arabic numerals, which, of course, are standard throughout the West.

Twitter didn't get the joke and censored the parody. Germany's political opposition immediately said that this was an example of NetzDG's shortcomings.

"The past few days have profoundly shown that private service providers are not capable of always making correct distinctions between illegal and satirical or tasteless but tolerable expressions of opinion," the general secretary of the center-right Free Democrats Nicola Beer told Die Welt newspaper.

The case involving "Barbara" is just the latest instance of the kind of errors in judgment critics are using to attack the new law.

Germany's top judges were right to decide that users should be able to post under pseudonyms on Facebook. The ruling's legal impact might be limited — but it sends out a strong signal, writes DW's Janosch Delcker.