The social media giant has accused the data analysis company of illegally obtaining user data. At the same time, a whistleblower has said that Cambridge Analytica illegally harvested data from 50 million users. 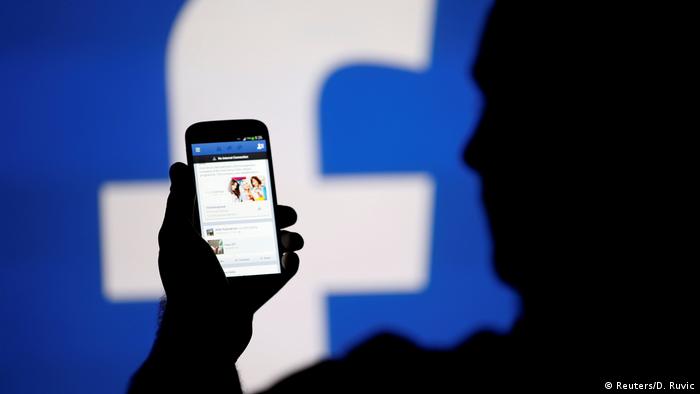 Facebook announced on Saturday that it had suspended the data research firm Cambridge Analytica for holding onto dubiously obtained user data after assuring the social media firm that the information had been deleted.

Cambridge Analytica has become well-known in political circles for its work on the election campaign of US President Donald Trump and for the pro-Brexit group Leave.eu. Facebook said it was also suspending the firm's parent company, Strategic Communications Laboratories (SCL).

The incident revolves around an app put on the site in 2015 by Aleksandr Kogan, a professor at the University of Cambridge, that purported to be a personality test and psychological research tool. About 270,000 users downloaded it and shared their information with it, according to Facebook.

But even more damning to Facebook were revelations published by The New York Times and Britain's The Observer that Cambridge Analytica had "harvested data from 50 million accounts."

"We exploited Facebook to harvest millions of people's profiles. And built models to exploit what we knew about them and target their inner demons. That was the basis that the entire company was built on," said the firm's co-founder, Christopher Wylie, in an interview with The Observer. He is no longer with the firm.

Despite stringent denials about the importance of their business relationship from both Cambridge Analytica and the Trump campaign, Wylie described the firm's mining of personal data as "pivotal" to Trump's victory to the UK's Channel 4 News.

'Kogan lied to us'

"In 2015, we learned that ... Kogan lied to us and violated our Platform Policies by passing data from an app that was using Facebook Login to SCL/Cambridge Analytica, a firm that does political, government and military work around the globe," said Facebook Vice President Paul Grewal.

"Several days ago, we received reports that, contrary to the certifications we were given, not all data was deleted," he added.

Kogan has also been suspended from the social media platform, as has Wylie. Facebook has not yet commented on Wylie's allegations.

"We are moving aggressively to determine the accuracy of these claims. If true, this is another unacceptable violation of trust and the commitments they made. We are suspending SCL/Cambridge Analytica, Wylie and Kogan from Facebook, pending further information," according to Grewal, who promised to hold all parties "accountable for any unlawful behavior."

Cambridge Analytica has denied any wrongdoing, saying that although it had hired Kogan to carry out research, it deleted his information when they learned it had been obtained under suspicious circumstances. The company added that it had not used Kogan's research for the 2016 US presidential campaign.

The firm is funded by the deeply conservative and secretive Robert Mercer, and the company has repeatedly surfaced during special counsel Robert Mueller's Russia probe.

The internet giant has once again landed in hot water with an EU country over privacy violations. A court in Belgium says Facebook's gathering of data goes too far in "tracking online behavior." (16.02.2018)

The Berlin court ruled that five default settings and several other terms of use violated consumers' privacy rights. The social media giant is also facing scrutiny from Germany's competition authorities. (12.02.2018)

Talking to trolls: Confessions of a fake news writer in Bulgaria 03.06.2022

A Bulgarian man who ran a fake news website for four years tells DW why disinformation about Russia is most popular in former Soviet states like his homeland.