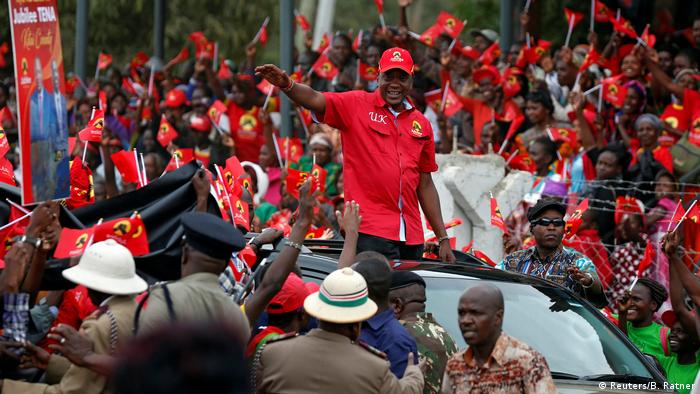 In a video secretly recorded by Britain's Channel 4, senior officials of Cambridge Analytica are seen boasting about the company's role in Kenya's hotly contested 2017 elections.

"We have rebranded the entire party twice, written the manifesto, done research, analysis, messaging. I think we wrote all the speeches and we staged the whole thing — so just about every element of this candidate," Mark Turnbull, managing director for Cambridge Analytica and its sister company SCL (Strategic Communication Laboratories Group) told an undercover reporting team from  Channel 4.

The candidate Turnbull was referring to is Uhuru Kenyatta, Kenya's incumbent president who managed to defeat his chief rival, Raila Odinga, after a bitterly fought election campaign in August last year. His initial win was annulled by Kenya's Supreme Court because of procedural irregularities. Kenyatta then won a re-run in October, which was boycotted by Odinga, with 98 percent of the vote. Scores of people are believed to have died in post-election violence, with human rights groups claiming that police used excessive force to crack down on opposition protestors.

The video does not reveal the exact kind of services Cambridge Analytica could have provided to the Kenyatta campaign. 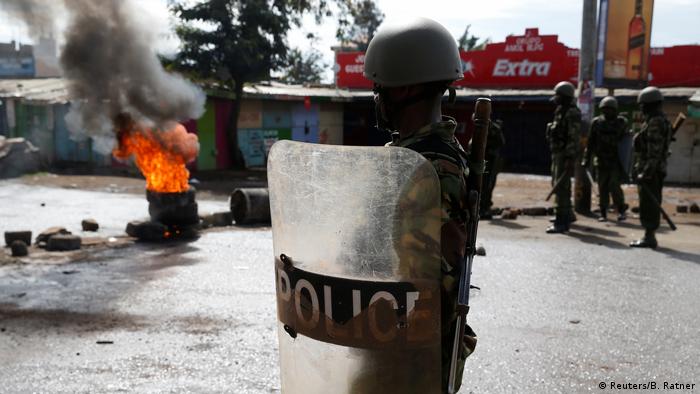 Scores of people were killed in post-election violence

However it does raise eyebrows among Kenyans, as Cambridge Analytica is under fire in the United Kingdom and the United States following media reports that the the company had used private data harvested from more than 50 million Facebook users to support Donald Trump's presidential election campaign.

Channel 4's footage shows executives boasting that they could entrap politicians in compromising situations with bribes or sex workers, and also spread misinformation online. The executives claim to have used such methods during a number of elections across the world.

False reports were a common phenomenon on social media channels across the country during the hotly fought campaign, with 90 percent of Kenyans in a nationwide survey conducted by PR company Portland International reporting that they had seen or heard about fake news. Some 87 percent reported incidents of deliberately false or fake news.

There is no proof of foreign involvement in these fake news campaigns, but Shitemi Khamadi of the Bloggers Association of Kenya, told DW that it was likely.

"Many messages were littered with hate speech and aggressive language that had not been seen in Kenya before," he told DW's Kiswahili Service. 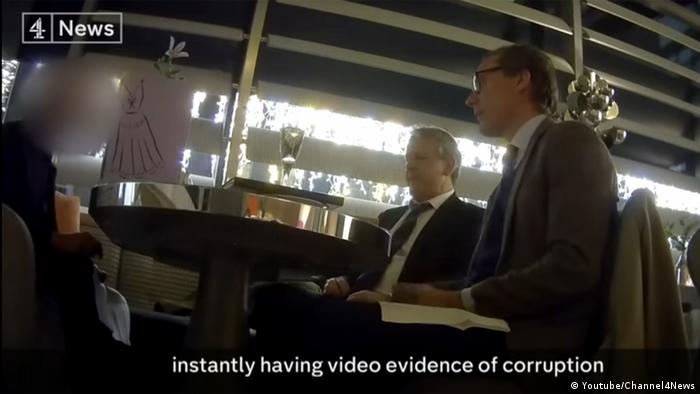 "The messages on Facebook, Google and Twitter were very antagonizing and were targeting Raila Odinga, because they were meant to lure Jubilee [the party of Uhuru Kenyatta] fans to come out and vote in large numbers for their candidate," Khamadi said.

According to various studies, Kenya has more than 30 million internet users out of a population of some 48 million people.

Cambridge Analytica denies any involvement in any illegal campaign activities in Kenya or elsewhere. Senior officials insisted that they were merely humoring Channel 4's undercover reporters with their statements.

"I must emphatically state that Cambridge Analytica does not condone or engage in entrapment, bribes or so-called 'honey traps,' and nor does it use untrue material for any purpose," CEO Alexander Nix said in a statement on the company's website.

The Kenyan president and his Jubilee party have not commented on the report by Channel 4.

"This is a big challenge for them," Article 19's Henry Maina told DW.

It's not the first time that the Kenyatta campaign has been mentioned in connection with controversial foreign consultancy firms. 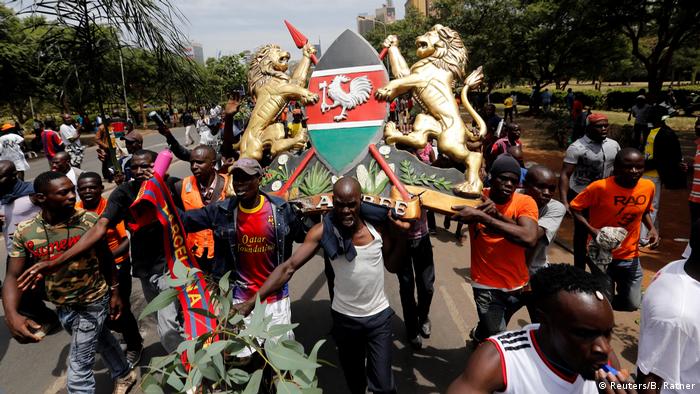 The revelations are a big shock for Kenyan opposition supporters

"This raises serious concerns about the role and responsibility of companies working for political campaigns in Kenya, in which tribal affiliation and region of origin are particularly politically sensitive data, and volatile 'coded language' was widely deployed," Privacy International said in a statement last December. The Jubilee party has denied using the services of Harris Media; the company did not respond to requests for comment at the time.

The revelations about Cambridge Analytica, if proven, could further undermine the faith of many people in Africa in the political systems on the continent, Henry Maina said.

"We know that democracy is receding in Africa. This could just be a bigger blow because citizens would feel that governments come into power not as a result of their votes, but as a result of manipulation by companies that are based abroad and have the capacity to manipulate elections."

Jane Ayeko-Kümmeth and Yusra Abdallah Buwayhid contributed to this report

The electoral commission has said fewer than half of eligible voters took part in the re-run presidential poll. Kenyan opposition leader Raila Odinga had boycotted the October 26 presidential election. (30.10.2017)