Kenya's Supreme Court has accused the electoral board of committing "irregularities" during the recent presidential vote. The annulment marks a setback for President Uhuru Kenyatta, who has called the judges "crooks."

Kenya's Supreme Court on Friday annulled the result of recent presidential elections, saying the electoral board committed "irregularities and illegalities."

"A declaration is hereby issued that the presidential election held on August 8 was not conducted in accordance to the constitution and applicable law, rendering the results invalid, null and void," said Judge David Maraga, announcing the verdict of four out of the court's six judges.

Read more: Kenya: From the court of the people to the courts of law

The electoral board "failed, neglected or refused to conduct the elections in accordance with the constitution," Maraga added. Two of the court's judges dissented with the verdict, saying the will of the people should not be nullified due to challenges that arose during the electoral process.

New elections must take place within 60 days, according to the ruling. 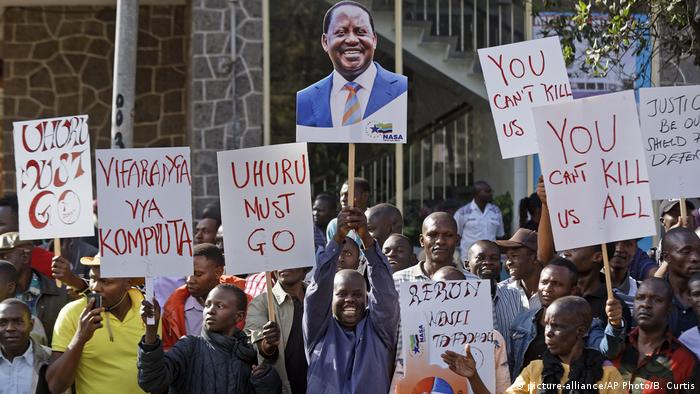 The electoral commission had pronounced President Uhuru Kenyatta as the winner of the election with 54.3 percent of the vote.

Opposition leader Raila Odinga, Kenyatta's challenger during the presidential election, had rejected the initial result in the wake of the vote, prompting violent protests that left at least 16 people dead and dozens more injured.

The Supreme Court's ruling marks the first time a presidential result has been overturned in Kenya.

Tensions have risen after the general election, prompting fears of election-related violence in the wake of the Supreme Court's ruling. Both Kenyatta and Odinga have been dogged before by political violence that erupted after the 2007 polls and left 1,100 people dead. 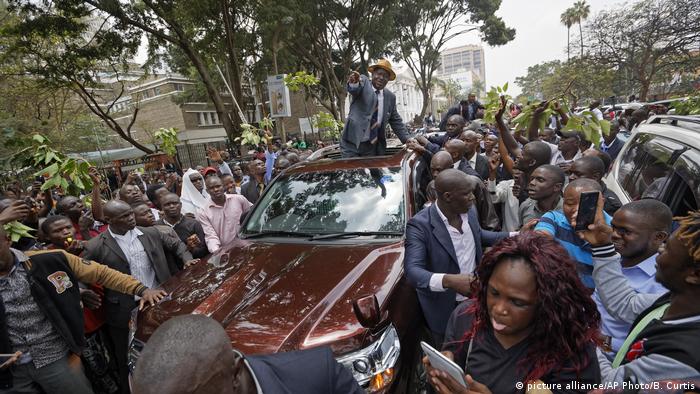 'Against the will of the people'

President Kenyatta at first indicated that he respected the ruling even if he disagreed with it, saying it went "against the will of the people."

"The court has made its decision. We respect it. We don't agree with it," said Kenyatta in a televised speech. "That is the nature of democracy."

In later off-the-cuff comments, however, he called Maraga and his fellow judges "crooks," and told suporters he was ready to campaign again. 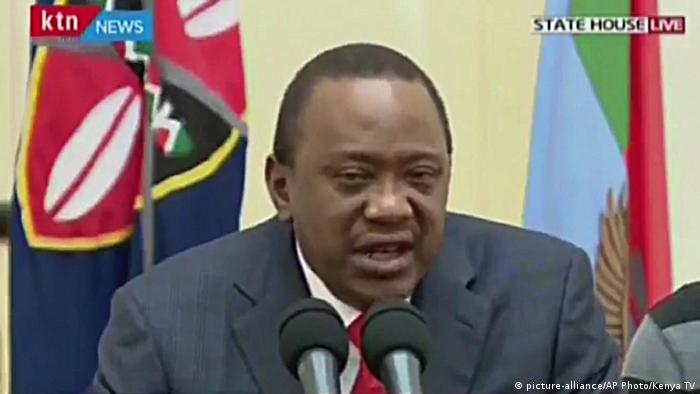 Kenyatta has said he will campaign again on the same platform

"This is a historic day for the people of Kenya and by extension for the people of the continent of Africa," he said. "We are ready for elections but we don't have confidence" in the electoral commission, he added.

The opposition leader called for the electoral board to be disbanded and its officials prosecuted. The commission later said it would shuffle some staff and ensure any members who violated the law will be brought to justice.

Odinga and his National Super Alliance, a coalition of opposition groups, were given access to the electoral commission's electronic server to verify the result of the election.

Supervised by independent technology experts, Odinga claimed to have discovered that the electoral commission's computers were manipulated to hand Kenyatta the victory.

Musalia Mudavadi, another leading figure in the National Super Alliance, also hailed the court's decision in an interview with DW.

Like Odinga, he called for the prosecution of some electoral officials, calling them "tainted."

Mudavadi also told DW that the electoral board "had succeeded in hoodwinking international observers," adding that "the whole issue of observers need to be looked at afresh because they are usually hoodwinked to rubberstamp illegal activities."