After the recent data abuse scandal, Facebook wants to make it easier for its users to protect their privacy. But big data entrepreneur and technology critic, Yvonne Hofstetter, doubts that anything will change. 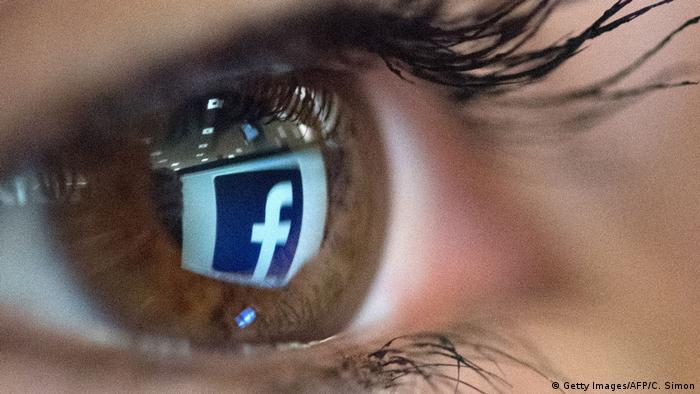 Facebook boss Mark Zuckerberg has repeatedly apologized for the fact that British political consulting firm Cambridge Analytica could illegally mine data from 50 million Facebook users to support the election campaign of US President Donald Trump.

Indeed, scandal-hit Facebook has recently promised to improve user privacy, partly by stopping third-party data providers from directly targeting customers on the social media site. But many say such stop-gaps are unlikely to be enough to counter a growing backlash.

And for the time being, Facebook doesn't want to change the fundamental business model that allowed the data breach to happen.

The social network earns $40 billion a year by selling personalized advertising. For that, it needs to know the habits of its users. 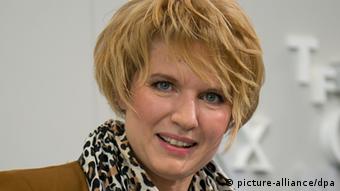 Yvonne Hofstetter, an essayist and author who has published widely on big data, artificial intelligence and the share economy, tells DW that she's skeptical about the potential for reform.

Yvonne Hofstetter: Everything. Anyway, more than your wife.

What exactly does Facebook's algorithm really do?

Facebook monitors your complete online behavior via cookies. Even if you're not on the Facebook page, it records your other movements online. Much more data is collected than many people realize.

Your raw data is like a journal that you deliver over years. The algorithms connect the data and find out things about you.

Why is this potentially dangerous for personal users?

All the data you leave is fluid, it does not stay on Facebook.

I once saw something on the table of a German media company that read "target list." The company said: "We want to get to know our customers better. We want to do exactly what Facebook does. We do not have this data, but then we just buy that data, such as from professional data brokers."

Now this target list [could include you — editor's note] and could be on the table with anyone. It could be your employer, or the state or your insurance or health insurance company.

Facebook has always said our data is not used by outsiders. But in the current case, we experience the opposite. 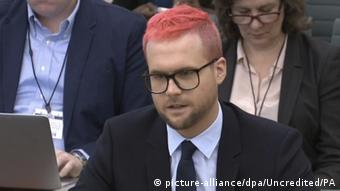 How is this data used to manipulate people's opinions?

Many people have not understood the actual value of this information, which is not just to look into your past but to control and regulate your future. That's what Cambridge Analytica and Facebook are all about. They want voters to decide in accordance with the way they have been manipulated. And you believe you have decided yourself!

I've read that you do not use a smartphone. How else can we sufficiently protect our data?

You cannot protect your data sufficiently. Many settings are created to take data from you. That's what the economy wants, and it looks as if they're achieving this.

We live in a system of governance called democracy but we have little sense of what that means or what it means when data is used against you. Other states such as China use exactly the same technologies to achieve the opposite of freedom, namely total surveillance and the cementing of a repressive system. 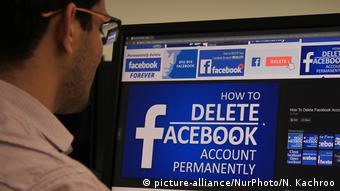 Are there opportunities for change in the use of social media data?

No, I'm pessimistic. We are sitting in a cave, we feel very well and do not want to hear what's out there. So when people like me explain that "reality looks very different out there," nobody cares.

The truth has been lost on social media. Everything is now equally valid, whether it's a fact, an opinion or a lie. And of course, that's fatal for democracy. Social media has done a great job of fragmenting us into many individual opinions and then putting us into filter bubbles. Now we have a political opinion-forming problem.

What is required to change this?

Facebook, Twitter, Uber, Airbnb — the whole platform economy says: "We are only technology providers. What's happening on our platform is none of our business. We don't have any liability for that."

So I want to urgently classify these platforms. Then I notice: Facebook is a media company. And that's why it has to be held responsible for its content.

Facebook chief Mark Zuckerberg to testify before US congressional panel

Mark Zuckerberg will not appear before a UK parliamentary hearing, but has agreed to testify at a US congressional hearing. Both are asking how 50 million users' data ended up in the hands of a political consultancy. (28.03.2018)