When the Nazis seized power in Germany in 1933, Bremen's police force did not hesitate to side with them. Their decision to collaborate turned civil servants into mass murderers. 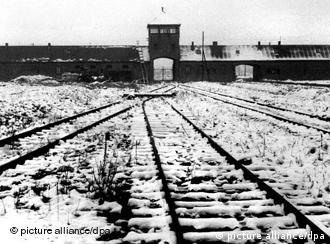 Hermann Singer is soft-spoken, his voice a bit hoarse. It's been decades since he was persecuted at the hands of the Nazis for being Jewish, but every word he utters testifies to his ongoing suffering.

"On October 28, the police came," he recalls. "They said, 'You can take essentials with you but you are not allowed to have more than 10 marks in your bag. Then you will be hauled off to Poland.'"

Singer had a lucky escape: He survived after managing to flee from the Nazis in Poland, from where he traveled to Sweden via Tallinn.

Singer was born and raised in the north-western German city Bremen. In telling his story, he lends a human face to the 100 other Jews deported from the city during the Nazi era. A short film screened at "Police. Violence.," an exhibition in Bremen's former police headquarters, recounts their fate.

It was, after all, the police who took them to the station. 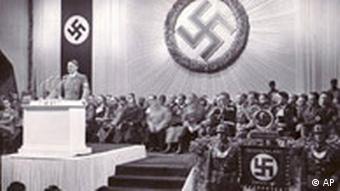 Ulrich Mäurer, Bremen's interior minister, only recently found out exactly what role the city's police force played in the crimes committed by the National Socialist regime. He believes very few people in Bremen knew their city was home to two special police battalions during the Nazi era.

One of those, the 303rd police battalion, was founded in Bremen in 1940. It was later involved in a massacre at Babi Yar in Ukraine, where more than 30,000 Jewish men, women and children were shot and killed over a period of just two days.

Bremen's other special police task force, the 105th police battalion, had a part in deporting Dutch Jews to the Auschwitz concentration camp.

"Every week, Bremen's policemen, along with some other people, helped prepare trains for the deportations, which they then escorted before kicking the passengers out on to the selection ramp at Auschwitz," Mäurer said. "Then they returned and were normal civil servants here."

In his capacity as interior minister, Mäurer gave a speech in the town hall on Holocaust Remembrance Day in January 2010. He wanted to say something about the role Bremen's police force played in National Socialism but was unable to find any information on the topic. It was then that he decided Bremen needed to deal with this part of its history.

Research conducted by historians revealed that the city's various police units all worked together and all bore some responsibility for persecuting and annihilating individuals despised by the Nazis.

Influence of conservatives and military 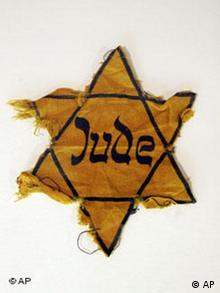 The exhibition showcasing this research is located in the building that served as Bremen's police headquarters for 100 years. Many generations of policemen have worked within its walls - those who served under the Kaiser or worked in the Weimar Republic, the regular police under the Nazi regime, and the officers during the post-war period.

Bremen's police force moved to a new headquarters in 1999 and their old base was converted into a public library, where one room now reveals the force's darkest secrets.

Carefully arranged information boards, pictures, newspaper cuttings and copies of the Reichsgesetzblatt, or Imperial Law Gazette, debunk previous myths about the city's police force. The exhibition begins in 1918 rather than in 1933, when Hitler seized power.

"People need to engage with the Weimar period," Mäurer said, explaining that the differences between Bremen's police units and police units in other cities could only be detected if this pre-Nazi period were investigated.

"Conservatives and the military were decisive in shaping the police in Bremen," he said. "The police was made up of men who had previously served in the Freikorps [volunteer military units] and in the Kaiser's army. There were very few democrats."

Given this background, it's hardly surprising that Bremen's police force quickly threw its weight behind the Nazi regime when Hitler seized power in the 1933 elections.

The exhibition is also aimed at educating new police recruits about this dark chapter in the history of their chosen profession. 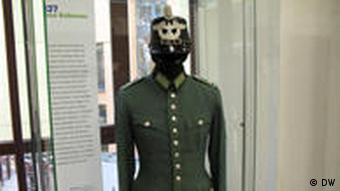 The police uniforms had a military air

"During my training, we were taught about the police's more recent history, but the Nazi period was pretty much left out," said Jens Feye, assistant to the president of Bremen's police department. "It's interesting to engage with this period of history because it helps you to understand why democratic structures are particularly important in the police force."

Feye said he did not feel uneasy when he thought about the history of the profession. "We are a completely different police generation today," he commented. "We're nothing like the policemen back then. We are much more open, much more in touch with the people and we distance ourselves from what the policemen did back then."

The differences are physical as well as mental. Feye and his colleagues wear a blue uniform quite unlike the military-style uniform worn by policemen in the Nazi era. Visitors to the exhibition can look at the older uniform, which is displayed in a glass cabinet. The collar, the cuffs and cap bands are all brown - the symbolic color of Hitler's Nazi party.

A second exhibition detailing the history of the police after 1945 is planned for next year.

Under the Nazi regime, the police were not obligated to commit murder. But many did. A new exhibition in Berlin reveals the extent to which the police were involved in Nazi atrocities. (10.04.2011)