A newly discovered witness account by an ex-Nazi officer has cast fresh doubt on claims a Dutch communist was behind the 1933 Reichstag fire. The blaze was used by the Nazis to crack down on their opponents. 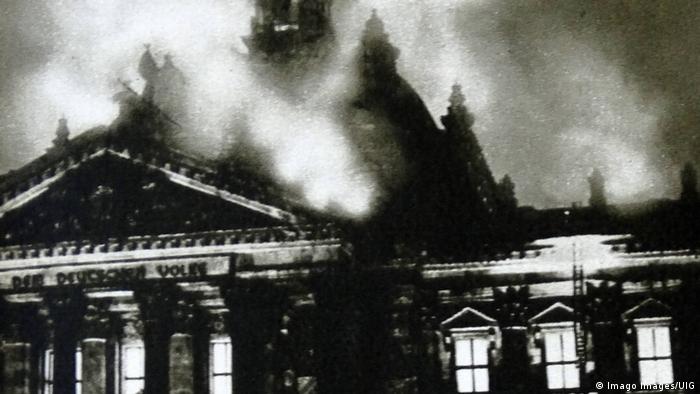 A recently uncovered witness testimony has cast further mystery over Nazi-era claims that a Dutch communist was behind the 1933 Reichstag fire in Berlin.

The fire, which gutted the German parliament building, is viewed by historians as a pivotal moment in Adolf Hitler's seizure of total power. The Nazi party used the event to justify an emergency decree and crack down on communists, who were blamed for the blaze. 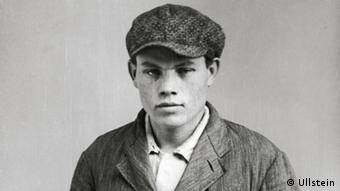 Germany's RND newspaper group on Friday published a 1955 affidavit found in the archives of a Hanover court.

In the account by Hans-Martin Lennings, a former member of the Nazis' paramilitary SA unit, Lennings stated that he drove Dutch communist Marinus van der Lubbe to the Reichstag on the night of the fire.

According to the testimony, when Lennings and his SA group brought van der Lubbe to the Reichstag they noticed "a strange smell of burning and there were clouds of smoke billowing through the rooms."

It's unclear why the SA unit would have brought van der Lubbe from an infirmary to the Reichstag, but the statement suggests the fire had already started by the time they arrived.

Van der Lubbe was later blamed for the blaze, convicted of arson and executed after admitting he committed the act alone. He said he had committed the arson to rally communists against fascism. Four other defendants in the trial were acquitted, a decision that angered Hitler.

'Van der Lubbe could not possibly have been the arsonist'

Lennings, who died in 1962, further states in his account that he and his colleagues protested against the arrest of van der Lubbe.

"Because we were convinced that van der Lubbe could not possibly have been the arsonist, because according to our observation, the Reichstag had already been burning when we dropped him off there," he said in the testimony.

Lennings claimed he the other witnesses were detained and force to sign a paper denying any knowledge of the incident. Later, nearly all of those with knowledge of the Reichstag fire were executed; Lennings said he had been warned and escaped to the former Czechoslovakia.

Lennings had asked that his account be certified in 1955, in the event the Reichstag fire case ever went back to trial.

Historians are mixed on who started the Reichstag fire. Most agree that van der Lubbe acted alone, while some have accused senior Nazi figures of deliberately starting the fire to justify a crackdown on their opponents.

In 2008, Germany posthumously pardoned van der Lubbe under a law introduced in 1998 to lift convictions for people who committed crimes under the Nazi regime.

On July 20, 1944, Claus von Stauffenberg tried to kill Adolf Hitler by placing a suitcase bomb next to him during a meeting of senior Nazi officials. Merkel said he and his coconspirators were "true patriots." (20.07.2019)

With the Allies closing in and capitulation imminent, thousands of ordinary citizens in Nazi Germany killed themselves in a wave of mass suicides. Florian Huber's book on the taboo story is now available in English. (04.07.2019)