Germany's federal prosecutor has overturned the guilty verdict passed on Marinus van der Lubbe, the communist activist who claimed to have set fire to the Reichstag in 1933 to protest the Nazis' rising power. 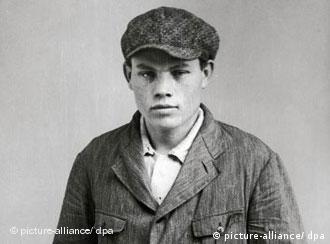 Van der Lubbe was convicted of treason and arson

Van der Lubbe, a Dutchman active in Germany's communist underground, was found guilty of treason and arson by the Reichsgericht, Germany's highest court at the time, and sentenced to death in December 1933. A month later, he was guillotined in a Leipzig prison yard, three days before his 25th birthday. 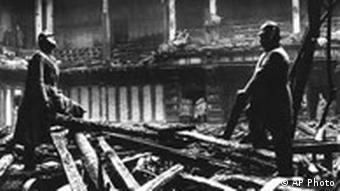 Hitler used the Reichstag fire to consolidate his power

The burning of the Reichstag became a pivotal event as the power of the Nazis grew, as they used it to incite fear about the threat of communism. Adolf Hitler persuaded President Paul von Hindenburg to sign a decree curtailing some civil liberties, paving the way for the suppression of thousands of communists and other groups targeted by the Nazis.

Legal ups and downs After World War II, Van der Lubbe's brother attempted to have the verdict overturned, and had a short-lived success in 1980, when a West German court complied. Three years later, however, the Federal Court of Justice decided there had been no basis for re-examining the matter, and declared the West German court's decision illegal. On Thursday though, the Federal Court, acting on a petition from a Berlin lawyer, lifted the death penalty verdict based on a 1998 law that makes it possible to overturn legal injustices perpetrated by the Nazis. The acquittals of four other men tried alongside Van der Lubbe in 1933 remain in force, the prosecutor said.

Sixty-two years after his death, Adolf Hitler risks being stripped of his German citizenship in what a politician said would be a "symbolic step" against the Nazi leader and the horrors he unleashed. (12.03.2007)

How significant is the court's decision in your opinion?