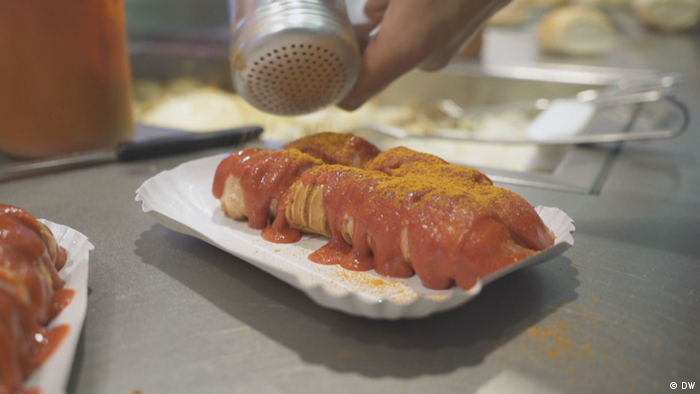 Former German chancellor Gerhard Schröder said he wants to "save the currywurst" after the popular sausage dish was removed from the cafeteria menu at the country's Volkswagen headquarters.

The 77-year-old Schröder, Angela Merkel's predecessor as chancellor, was irritated by the omission of what some would consider the country's national food at the Volkswagen headquarters in the northern city of Wolfsburg.

What did Schröder say?

"A vegetarian diet is good, and I do it myself in phases. But basically no currywurst? No!" he wrote on his LinkedIn profile, which has about 64,000 followers.

He said that "there would have been no such thing" if he were still on the VW government supervisory board.

"Currywurst with French fries is one of the power foods of the skilled workers in production. It should stay that way," Schroeder wrote.

"I don't want to do without it, and I think many other people don't want that in their company canteens either."

The former Social Democrat Party (SPD) leader even introduced a #savethecurrywurst hashtag in the post.

Currywurst is a thick pork sausage which is served sliced into bite-sized chunks.

It is covered in spicy ketchup with curry powder sprinkled on the top and served with French fries or bread rolls.

The common street food dish is attributed to German woman Herta Heuwer, who mixed ketchup with curry powder she got from British soldiers stationed in West Berlin.

Heuwer's business took off after she mixed the traditional German sausage with this spicy condiment and sold it to construction workers rebuilding the city after World War II.

There was even a German Currywurst Museum, which before it closed in 2018 stated that 800 million portions of currywurst are eaten in the country every year — 70 million in Berlin alone.

The currywurst is being removed from the VW base menu to encourage its workers to take on a meat-free diet. Many employees have been calling for more vegan and vegetarian options.

VW has a questionable past when it comes to environmental protection, having been involved in an emissions scandalthat clouded the company's reputation around the world.

This article has been updated to reflect the closing date of Berlin's Currywurst Museum.