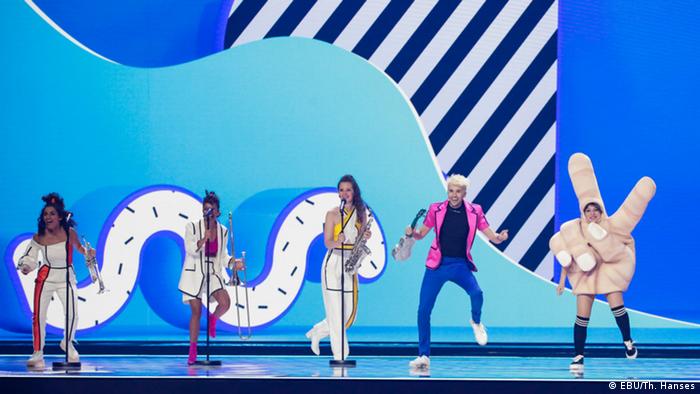 Breathe in and out five times and then hold your breath. That is the entry ticket to the Eurovision Song Contest (ESC), which is being held in the Dutch city of Rotterdam this year.

With a quick breath test in a specially set-up testing center, all singers, teams and viewers are checked for COVID-19 before they enter the arena. At least 3,500 fans under 70 years old can attend the semi-finals, the dress rehearsals and the grand finale on Saturday, May 22, keeping their distances from each other and from the gigantic stage.

The Rotterdam Ahoy hall would fit in 16,000 people. "We have a very strict health and security protocol," said Martin Österdahl, manager at the European Broadcasting Union (EBU), which has been organizing the contest since 1956. "Every contributing partner is tested at least every 48 hours so that we can be sure no infections are transmitted to the arena," he told DW.

Cheering is allowed, but hugging is not. Until now, alarm bells have gone off four times in the test tent. Members of teams from Poland, Romania, Malta and Iceland tested positive and were sent to quarantine. As a preventive measure, these countries were prohibited from participating at a common parade on the "Turquoise carpet" on Sunday.

If a singer is unable to participate, a preproduced video will be shown at the finale, instead of a live performance.

The 'crown jewel' of public television

After the Eurovision Song Contest was canceled last year, calling off this year's competition was out of the question, because ultimately, 182 million people watch the show every time it's broadcast.

"The ESC is the longest-running TV show in the world. It's been broadcast for 65 years and is something like the crown jewel of public television," EBU's Österdahl told DW. The message this year too is that even in difficult times, it is possible to put up a show like this together.

The Netherlands, which is hosting the contest, has gone ahead despite high infection rates. In Rotterdam, shops, restaurants are open until six in the evening, and so are hotels. But the city is expecting only a few fans from abroad because public parties and open-air broadcasts have been canceled.

Dutch Minister for Culture Hugo de Jonge was convinced after a trip to the Ahoy arena that everything would go ahead smoothly and that cultural events would be back again, with normal contact and above all, normal life. "It is the first big event in the Netherlands since the lockdown. That is why we are really looking forward to it." 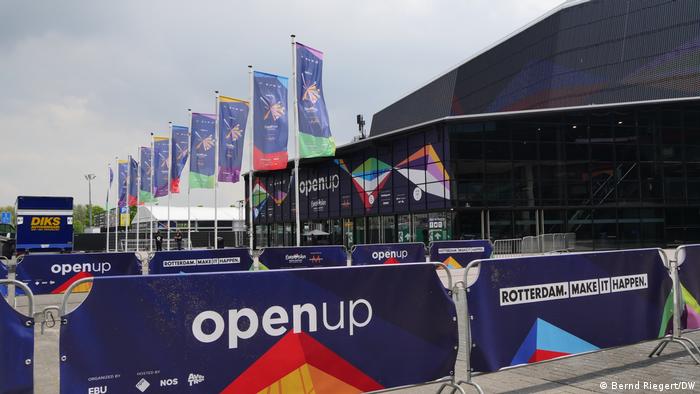 This year's motto: 'Open Up'

He has been spending weeks in a bubble with his team, restricted to his hotel and shuttling to the arena, but Jendrik Sigwart — Germany's candidate for the ESC — is also extremely excited about his show on the stage in front of a real audience. "I am so excited. I can hardly wait. It is a dream," said the 26-year-old musician, whose events were canceled because of the pandemic.

Sigwart got his ticket to the ESC with a video he made himself. The jury choosing the German candidate happened to come across his Instagram and TikTok channels. The first song he wrote himself, "I don't feel hate," is fun and colorful. With a grin, Sigwart said it's not the best song in the world, but it's catchy.

The message is the most important: "Don't hate back. If someone calls me a ‘faggot,' I won't call him a Nazi. I will try to speak to him and explain that he has hurt me and that that's wrong. But I will not pay back in the same coin." He doesn't have a great chance of winning, the singer said from Hamburg, as he plucked at his glittery ukulele, playing a tune for the DW reporter.

Only a few fans stand waiting for their favorite artists in front of the hall in Rotterdam. In contrast to normal times, contact is prohibited. From the shuttle bus, musicians head straight to the arena; no autographs, no selfies. 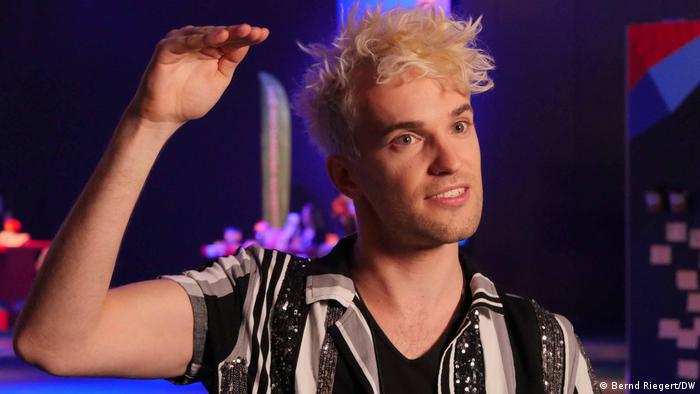 That's a shame for D'Avellonne van Dijk, but nothing can be done. The Rotterdam resident has been a fan forever. Even her mother watched the show. Now, van Dijk celebrates the ESC with friends every year. This year it'll be with a close circle of friends and a video projector specially set up to allow them to watch the contest in their house.

"This mix of breathtakingly good, crazy and beautiful is what makes the competition so glorious for me. It's wonderful." For D'Avellonne van Dijk, that, along with this year's motto, "Open Up," is why the ESC has so many loyal fans among gays, lesbians, transsexuals and queers. "For me the motto means to open up to all kinds of different people, open up to different lifestyles. Be open to experiencing the differences and to the fact that it is wonderful that all of us are not exactly the same," van Dijk said.

With big parties all canceled due to COVID, the association GayRotterdam has moved to the internet. Fans and singers connect through livestreams and video conferences, said organizer Gert-Jan Verboom, who is the editor of GayRotterdam. 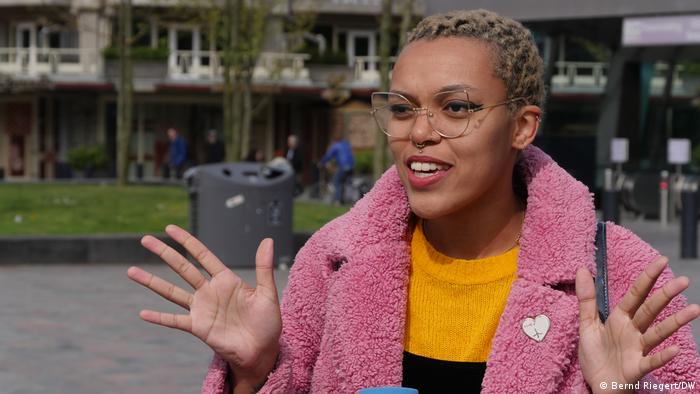 D'Avellone van Dijk is an absolute fan of the event

"With the ESC in Rotterdam, we have the chance to show what the LGBTQ family has to offer. And we can showcase people who have done great things for equality," says Verboom, who has naturally been a fan of the ESC all his life: "Practically before I was born, because my mum watched the show when she was pregnant with me."

Vasil Garvanliev, the ESC contestant from North Macedonia, was also present in one of the video conferences. In his home country, Vasil's homosexuality has been the reason for a lot of fuss and enmity, typical for many eastern European and Balkan countries. He also faced accusations of being a Bulgarian nationalist in disguise. Still, after some drama, he could travel to Rotterdam on behalf of the public broadcaster in North Macedonia.

Naturally, the press center in the arena and the fans are hotly debating the winner this year. Vasil's name rarely comes up. Maybe the Icelandic nerds, the Italian rockers, the Serbian blonde pop divas or the black soul singer from Malta? Chances look good for Malta's contestant, Destiny, who sings about self-confidence in women. Gert-Jan Verboom of GayRotterdam is also rooting for her. "Above all, because I want to travel to Malta next year" — traditionally, the victorious country hosts the show the following year.

An official YouTube video has emerged with the Queen of Pop singing her song "Like a Prayer" as she appeared at the Eurovision Song Contest finale on Saturday. The soundtrack in the clip, however, is audibly different.