Alternatives to the Eurovision Song Contest

This would have been Eurovision Song Contest week. Organizers, participants and fans have done their best to create a little bit of an ESC vibe despite the fact that the contest was cancelled. 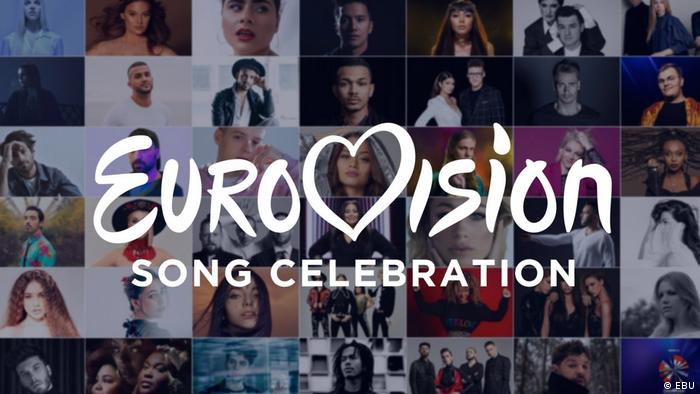 The Eurovision Song Contest (ESC) hymn plays as pictures from Tel Aviv flicker across the screen, reminding us of last year's contest. There was an audience, cheering, flags and a party. 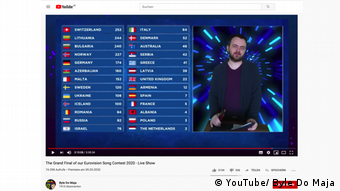 We hear "Arcade," the 2019 winning song, but Duncan Lawrence is not the one singing it. Instead, a split screen, the kind we have been getting used to over the past months, shows many young artists singing his tune. It makes for goose bumps — a live performance could hardly have been better. Chucky, the presenter, greets the audience: "Good evening, Europe — and good morning Australia." He is wearing a dark turtleneck, nothing glamorous, as he explains what we are watching: the Eurovision Song Contest 2020.

A love for detail

This is a special ESC, put together by fans in their living rooms, initiated by Dziennik Eurowizyjny, Poland's biggest Eurovision online magazine and only available on YouTube. All videos of the 41 participants who would have performed in Rotterdam were shown. Fans voted in two semi-finals on the net on who should be in the finals.

For the finals, the organizers still wanted to recreate the fun part: the awarding of the points that the live and TV audiences know so well. This year, their friends and acquaintances and their children announce the points according to their status — the organizers reproduced in minute detail what is in effect a complicated procedure.

More exciting than the "real" ESC, a user wrote in the YouTube comments. Switzerland won just ahead of Lithuania. Germany took 8th place.

The would-be Dutch hosts also did their part.

On the official ESC YouTube channel the "Eurovision Song Celebration" started on Tuesday. Fans can watch the 41 participants in two semi-finals. There is no competition at all, it is simply a matter of honoring the 41 songs because they will not be admitted next year. At the end, video clips show fans from all over the world , from Turkey and the US to Indonesia and Colombia sing their favorite ESC 20202 songs. 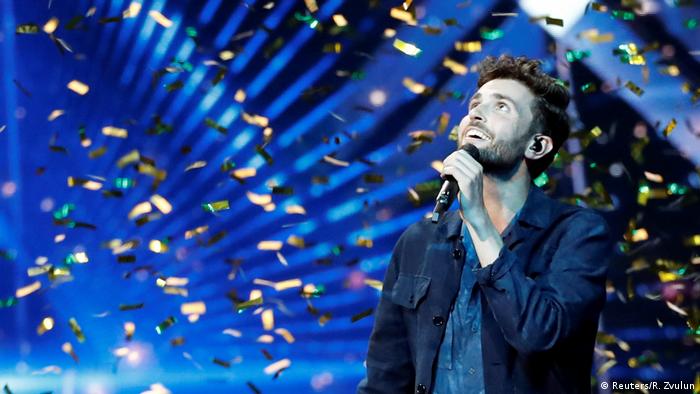 Various broadcasts on TV and the internet

Of course, the ESC experts have not been idle over the past few weeks, either. This week, Germany's NDR broadcaster, which is in charge of the German ESC contribution, plans to make available online the song checks, through which the songs are tested for their popularity. The 41 songs submitted are handled with as much respect as possible in these times of constraint. According to those song checks, it is clear that in Germany, the acts from Denmark, Iceland and Lithuania are among this year's ESC favorites.

When it became clear that the Eurovision Song Contest would not take place, even without a live audience, the organizers started to plan replacement events. There will be three TV shows and live streams on Saturday. In "Eurovision Song Contest 2020 — the finals from the Elbphilharmonie," 10 acts selected in advance will be performing, including German participant Ben Dolic. Michael Schulte, who garnered a sensational 4th place in Lisbon two years ago, will sing and comment together with ESC veteran Peter Urban. The audiences on the screens can vote for their personal favorite. 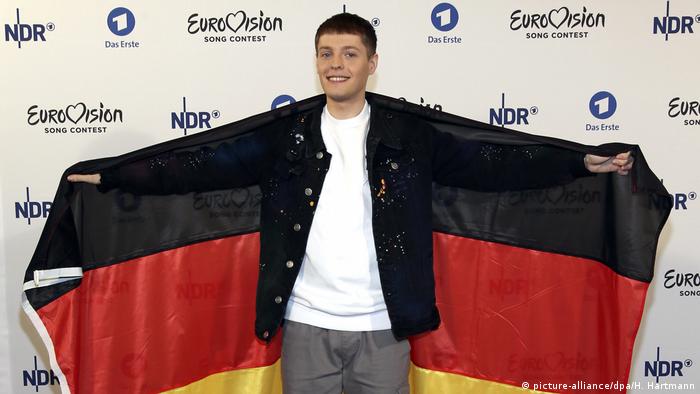 Then, the plan is to switch back to Hilversum in the Netherlands for the international "Europe Shine a Light" program. Audiences can look forward to 120 minutes of music, surprise performances by former ESC candidates and transmissions from all over Europe. 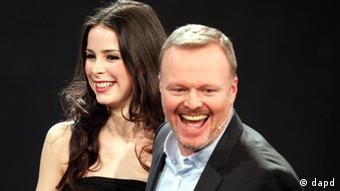 For those who still haven't had enough, there's a rerun of the 2010 contest after midnight, the show won surprisingly by German contestant Lena Meyer-Landrut.

Stefan Raab has a show of his own

German entertainer and musician Stefan Raab, who devised the pre-ESC casting show for German singers that catapulted Meyer-Landrut to fame, emerged from retirement this year to host his very own TV show on Saturday evening, the "Free European Song Contest." It will feature 15 artists from 15 countries competing against each other. The line-up is a secret, Raab has leaked very little, only that the 2014 ESC winner, Austria's Conchita Wurst, will be presenting the show alongside Steven Gätjen. 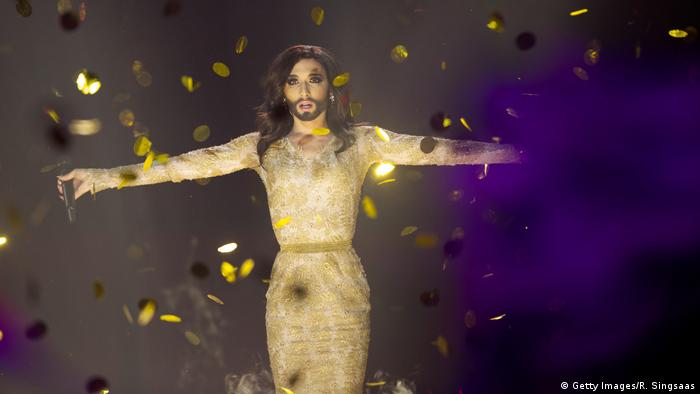 Conchita Wurst won the song contest in 2014 in Copenhagen

Who is the German contestant? Raab would only say it is "a real legend, one who outshines all previous German participants in European music competitions in terms of both artistry and character." He added that the artist is "also incredibly good looking." There is a lot of speculation as to whether he means himself.

Raab's show is on at the same time as other ESC shows, which is not very fan-friendly — but that's showbiz.

May 16, the date originally slated for the 2020 Eurovision Song Contest, promises to be an entertaining evening after all. For all of you who miss the live vibe: there is already talk of Rotterdam hosting next year's ESC.

If ESC votes went to contestants with the strangest costumes, the winner's podium would likely look quite a bit different. The Barbara Dex Prize for the most courageous stage outfits has given credit where it's due. (07.05.2018)

Beata Ernman, younger sister of famous climate activist Greta Thunberg, has announced that she will perform in a Stockholm musical alongside her mother this fall. The sisters hail from a talented family of performers. (18.02.2020)

Hungary has pulled out of the 2020 Eurovision Song Contest that will take place in Rotterdam. No reason was given, but many people are speculating that the decision is related to the government's homophobic stance. (29.11.2019)