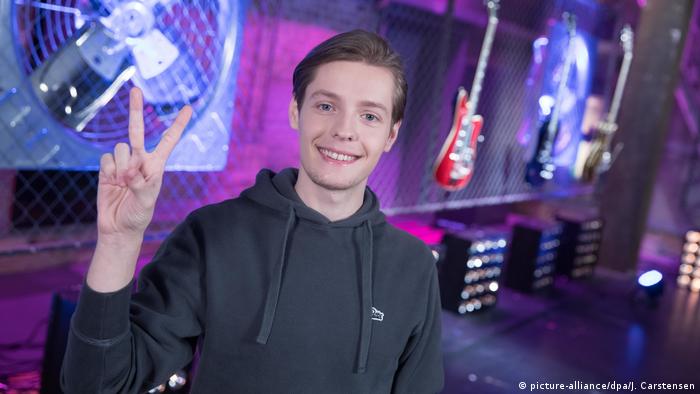 Singer Benjamin Dolic is set to compete for Germany in this year's Eurovision Song Contest (ESC). The 22-year-old "The Voice" runner-up is expected to perform his song "Violent Thing" for Germany in Rotterdam on May 16, according to Norrdeutscher Rundfunk (NDR).

His song was written by Eurovision veteran Boris Milanov and the staging is being prepared by Justin Timberlake's choreographer and artistic director Marty Kudelka, according to the Eurovision website.

"This is such a great honor and I am incredibly grateful to have this opportunity," Dolic tweeted.

Before official reports confirmed his place as Germany's 2020 Eurovision face, rumors were already swirling on social media that he was likely to be the country's contestant. Dolic offered fans an early clue when he posted a video on his Instagram story on Wednesday, in which you could recognize the theater that the song will be performed in.

In 2018, Dolic, a native Slovenian-turned-Berliner, won second place in the show "The Voice of Germany." The final ESC contestant was selected out of 607 artists to participate in the finale, following months of evaluation and an extensive jury vetting process. The selection juries comprised one "Eurovision Jury" with 100 people from all over Germany, and an international jury of 20 music experts.

'Voice of Germany' winner aims for the stars

'Voice of Germany' winner aims for the stars

Barbara Schöneberger, a German actress and television presenter, is set to announce the details of Dolic's Eurovision performance in a 45-minute program called "Our Song for Rotterdam," which is set to air on Germany's public broadcaster at 9:30 p.m. on Thursday.

German Eurovision contestants haven't seen much success in the past five years, with the exception of Michael Schulte taking fourth place in 2018. The last highly successful German Eurovision song was "Satellite" by Lena, released in 2010.