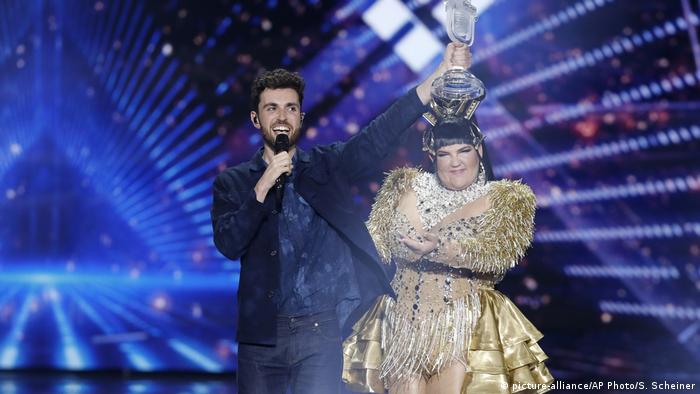 Russia, Switzerland and Norway made up the rest of the top five respectively after the votes from judges in 41 countries and viewers were tallied.

"This is to dreaming big, this is to music first always," Laurence said as he  received the iconic microphone trophy.

Read more: Opinion: Should the Eurovision Song Contest be politicized?

In the weeks leading up to the competition, the Dutchman had hardly budged as the far and away favorite among bookmakers and experts.

The ballad he sang of love and loss was co-written with his compatriot Wouter Hardy and Joel Sjoo from Sweden. It's a song that moves many to tears, delivered in a bare-bones production:

The Netherlands has won the contest four times before, with the most recent win in 1975. 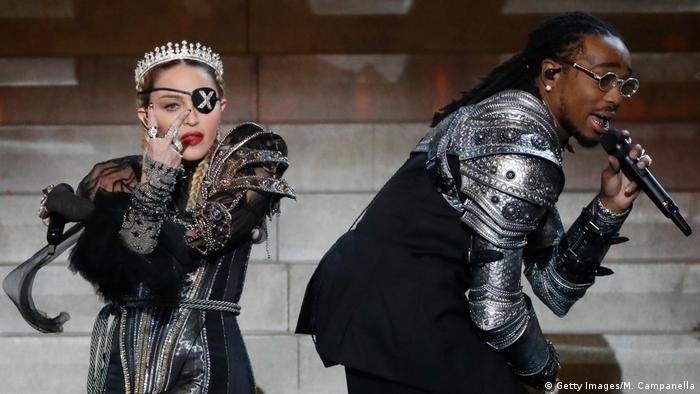 Madonna received criticism on social media for singing out of tune

Ahead of the contest, there had been much hype about an exclusive performance by Madonna, which Canadian-Israeli billionaire Sylvan Adams paid for to the tune of $1 million (€895,000). However, the 60-year-old Queen of Pop received less than stellar reviews on social media after her new take on her 1989 hit "Like a Prayer" was sung out of tune in parts.

Further controversy erupted when Madonna's dancers briefly wore Israeli and Palestinian flags on their backs during her performance in an apparent call for unity.

Iceland's entry, Hatari, displayed scarfs with Palestinian flags as the results were being announced, forcing Israeli TV to cut away quickly.

"The most important thing is that you stick to who you are," said Duncan Laurence at the subsequent press conference. An openly bisexual artist, he is seen as a role model in the LGBTQ community in Europe. 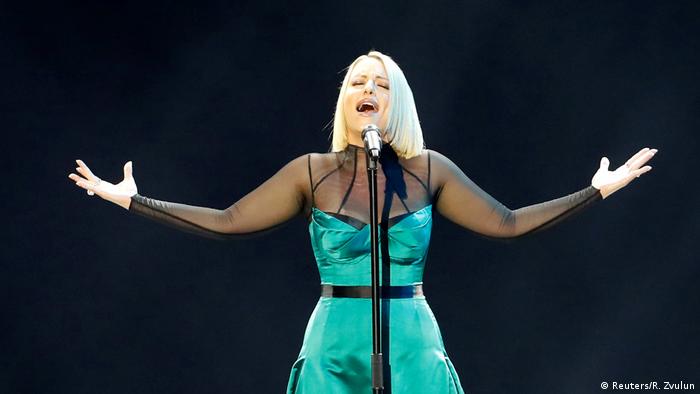 Although The Netherlands won the cumulated vote, the juries' top favorite was North Macedonia's Tamara Todevska

It was an evening of widely diverse styles and opinions. As the jury votes came in country by country, the top favorites traded places again and again: Russia, Italy, Sweden, The Netherlands and surprisingly, North Macedonia, which hadn't been predicted as a favorite but had long held a commanding lead.

After all 41 countries had announced their votes from music expert juries, the points were announced from the televoting, dramatically altering the results.

Germany, which placed 21st out of 26 in the jury vote, was the only country to be awarded zero points from the public voting.