Opinion: Should the Eurovision Song Contest be politicized? 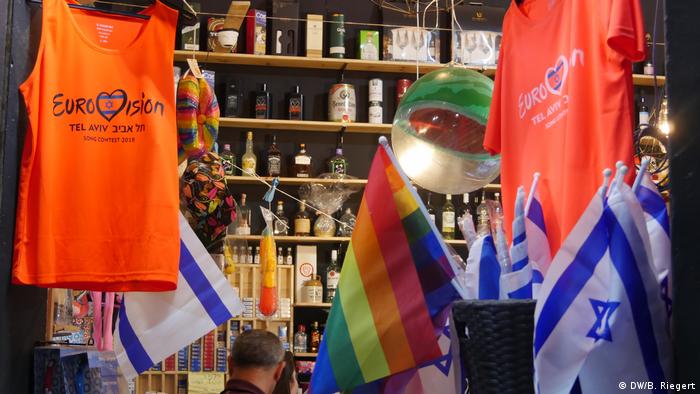 Right now, the Eurovision Song Contest (ESC) is underway in Israel, with a whole host of fascinating pop singers. It's the third time that the country has hosted Eurovision, and many in Israel are happy to party the night away. In all, about 180 million people all across the globe are tuning in to witness the musical extravaganza.

The reveling happens as Israel's government holds the Gaza Strip under blockade, occupies the West Bank and has annexed the Golan Heights.

Should Eurovision be a platform for talking about this situation? To address issues in general?

Read more: Germany Eurovision 2019 team S!sters eager for the show to get started

Israel's Eurovision organizers clearly don't think so and have refused to comment on the situation. Singers are forbidden from making statements on stage. And the pop icon Madonna, who plays a show on Saturday, has been told to stick to music. Only one Israeli band flouted the ban on statements, calling Israel an "apartheid" state for its exclusion of Palestinians. 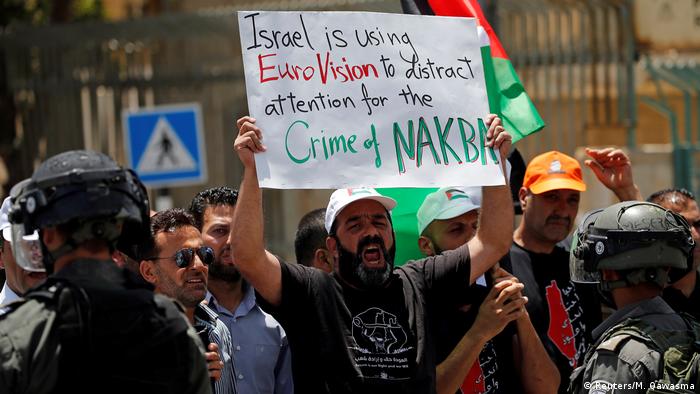 Israel has presented its hosting of Eurovision as evidence of what a tolerant and cosmopolitan democracy it is.

All this makes Eurovision a political event; it has always been this way: After World War II, the contest became a symbol of reconciliation in Western Europe. After the fall of the Iron Curtain, it stood for the unity of east and west. The musical competition has often been ahead of its time, politically speaking. It always had more members than the European Union, and even included communist-era Yugoslavia. And, 40 years ago, Israel joined.

North African and Arabic states are also members of the European Broadcasting Union, which organizes the annual music competition. But none, with the exception of Morocco, have ever participated, as they object to Israel's membership.

Back in the 1960s, there were political protests against Spain's military dictatorship at the time during Eurovision. And, more recently, Russia's conflict with Georgia and Ukraine, and tensions between Armenia and Azerbaijan, have similarly drawn politics to the "apolitical" pop festival.

There were calls by some activists for artists to boycott the 2019 Eurovision in Israel. But all 41 registered artists showed up as planned to represent their home countries. Fewer tourists and fans than expected traveled to Israel. However, this may have less to do with political questions or the country's security situation and more with absurdly expensive tickets, hotel rooms and transport costs.

When it comes to Israel, everything is political. And, often, completely unrelated issues are connected to or conflated with the Middle East conflict, or questions of anti-Semitism.

The pro-Palestinian Boycott, Divestment and Sanctions (BDS) movement even used a tasteless, anti-Semitic protest sign that combines the Eurovision logo and a broken heart in the shape of two Nazi SS runes. The activists are apparently trying to insinuate a connection between the atrocities of Nazi Germany and Israel hosting Eurovision. So it is only right that Germany's parliament, the Bundestag, has publicly distanced itself from the BDS movement. The Bundestag is the first European parliament to take this step, by the way.

Which is not to say that we should refrain from criticizing Israel's government.

Critics have relentlessly railed against the 2019 ESC in Israel. But, by their logic, the 2012 ESC should have never gone ahead in Azerbaijan either, nor in Russia several years earlier. Neither of those countries has a particularly good human rights record. And, if critics want a boycott of the 2019 ESC in Israel, what about the 2022 FIFA World Cup in Qatar, and the Winter Olympics that same year in China? After all, there is plenty to be criticized about these countries, too.

Boycotting and excluding people from Eurovision does not seem very promising. Openly discussing and critiquing different viewpoints, however, does. But let's not get too political. At the end of the day, Eurovision is just one big party.