European Opposition To Iraq War Grows | News and current affairs from Germany and around the world | DW | 13.01.2003

British Prime Minister Tony Blair insists war with Iraq is not inevitable. However, his words continue to be drowned out by opposition from his own Labour party and voices across Europe. 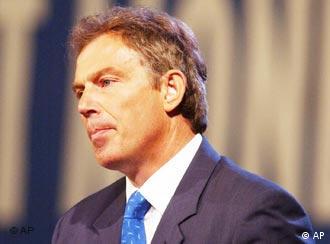 The pressure on Tony Blair mounts as time runs out.

Returning to their pacifist principles, leading members of the German government's junior coalition partner added their voices on Monday to European calls for the United States not to go to war against Iraq.

"We see ourselves as the tip of the spear of the peace movement," said Green Party leader Reinhard Bütikofer.

Since the Greens joined the government in 1998, they have had to set aside their pacifist principles numerous times as Germany participated in military missions in Kosovo, Afghanistan and the war against terror. But on Monday, the party stressed there would be no bending over Iraq.

The Greens' were the second members of a major European government to express criticism about the potential war since the weekend. On Saturday, Britain's development minister broke ranks with Prime Minister Tony Blair and said her country should not participate in a unilateral war against Iraq and leader Saddam Hussein.

Despite growing criticism, both Britain and the U.S. continued to deploy troops to Persian Gulf over the weekend. The U.S. currently has close to 60,000 troops stationed in the Persian Gulf. Over the weekend, more than 200 members of the U.S. Air Force were dispatched from their base in Spangdahlem in western Germany. Though Germany has pledged not to participate in any Iraq invasion, it has agreed to let the U.S. military to use its bases in Germany without restriction.

"War is not inevitable"

Meanwhile, more than 3,000 British troops departed on the aircraft carrier HMS Ark Royal, with Blair announcing: "War is not inevitable." However, British officials played down the ship's departure, noting an exercise had been planned prior to the current crisis.

But for many people across Britain, including growing numbers of ministers in Blair's own cabinet, the messages coming from the prime minister are in direct contradiction to his actions. 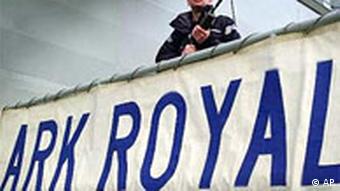 The Labour leader insists a conflict is not "fast approaching" and that United Nations weapons inspectors should be given more time to complete their task. But the softening rhetoric may have come too late to avert a rebellion in Blair's party. The amassing disquiet amongst Labour ministers is threatening to harness growing public unrest.

Labour members of parliament increasingly fear the prime minister will send British troops into action regardless of any decision made by the United Nations. The simmering dissent spilled into public over the weekend when Development Minister Clare Short announced her view that the U.K. should not join any unilateral American military action against Iraq. Short insisted Britain must not act without the mandate of a further U.N. resolution.

Other Labour MPs have threatened a rebellion if Britain declares war on Iraq. A recent report in the British daily The Guardian suggested up to 100 Labour MPs could rebel against the leadership, with some ministers prepared to resign if war starts without U.N. backing.

The British public, having fluctuated in opinion over possible military action in the past nine months, is currently on the side of the rebel ministers. A poll released over the weekend showed that 58 percent of people are not convinced Saddam Hussein is sufficiently dangerous to justify war. While only 13 percent would back British involvement in military action against Iraq without U.N. backing, 53 percent said they would support the use of British troops in an action approved by the UN.

Blair faces being confronted by 20,000 anti-war demonstrators when he travels to Glasgow to speak at the Labour Party's spring conference on Feb. 15, the same day as a planned worldwide anti-war demonstration. As well as demonstrations across the U.K., protests have been called on Feb. 14 and 15 in 11 European countries. It is a sign that Blair's alignment with U.S. policy is also facing strong opposition in Europe.

Friendship no guarantee for support

Despite dinner in Hanover as the private guest of Chancellor Gerhard Schröder over the weekend, Mr. Blair is unlikely to garner much support from his German counterpart and friend.

Germany is the only European nation that has said it will not take part in an attack on Iraq, even if endorsed by the U.N. Security Council, of which Germany is now a non-standing member. The coalition government has appealed for a diplomatic solution, arguing that international efforts to fight terrorism, rebuild Afghanistan and calm the Middle East conflict could be destabilized by a strike against Iraq. 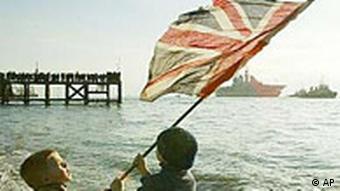 Meanwhile, in France, the recently announced plans of governmental liaison between the German and French cabinets cannot disguise the distances between the two countries' approach to Iraq. Despite plans for combined cabinet-level meetings on security and defense issues in the future, France and Germany could scarcely be further apart on their positions over military action.

France was instrumental in securing the return of the weapons inspectors, but has maintained serious reservations about an attack on Iraq and is one of the European states keenest to resume trade with Iraq and win reconstruction contracts. France has suggested a two-stage process at the U.N., with a new U.N. resolution authorizing the use of force only being passed in the event of weapons inspectors being once more prevented from carrying out their work. But recently, President Jacques Chirac has hinted that he is ready to send French troops to the region to assist in a U.S.-led invasion.

British Woo Turkey for Support in Campaign Against Iraq

During a diplomatic visit to Turkey on Wednesday, Britain's Defense Secretary seeks a secure commitment that Turkey will make its military bases available to allies if war against Iraq breaks out.

Europe Divided Over US Rejection of Inspection Deal

With the United States and Great Britain rejecting the latest concessions on weapons inspections in Iraq, Europe finds itself divided on the issue once again.

Ukraine's Zelenskyy says eight people have been killed in Russian missile strikes in the southern city of Odesa. Meanwhile, an attempt to evacuate civilians from Mariupol appears to have failed. Follow DW for the latest.