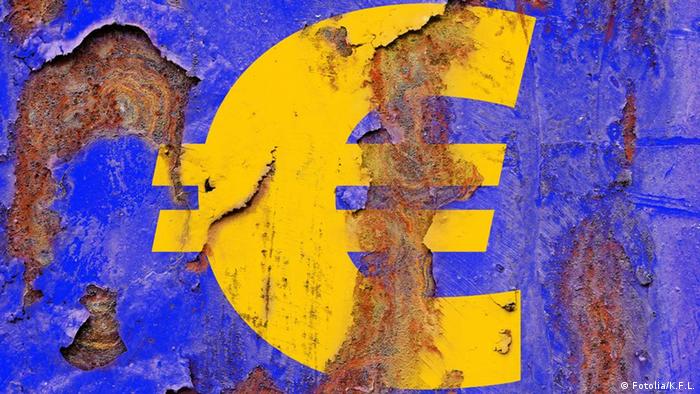 At the European Economic Forum, held this week in the southern Polish town of Katowice, the future of the eurozone and the Single European Currency, the euro, featured centrally. A view increasingly shared was that of Brigitte Granville, Professor of International Economics at the University of London, who stressed that the euro urgently needed further political integration among the currency union's 19 member states.

"Monetary union requires political union and that is what the common budget means," she told an audience of European economists and policy advisers.

French President Emmanuel Macron in 2018 proposed driving ahead with European integration by establishing a single budget, the next step after the creation of the European Central Bank (ECB) in 1998 allowed the establishment of a single monetary policy framework. At the heart of Macron’s plan is strengthening the currency area's bailout fund, the European Stability Mechanism (ESM).

Brigitte Granville told DW in an interview that she didn't believe Macron's idea would be going very far. "But if it did happen, it would be very dangerous, further integration is a grave concern," she says, adding: "Without political glue, you don't have real union. But at the same time the eurozone is slowing Europe."

Eurozone economic growth is expected to slow in 2019 and some even believe the currency area could even face recession in 2020.

Monetary union, Granville went on, is "just a fixed exchange rate" which would always end in financial crisis. "It cannot be dismantled, only by crisis and explosion. What will catalyze this I don't know, but I don't see it lasting for the next 10 years," she says, pointing to post-tax incomes in Italy down 5% and in France down 2%, while Germany is up 19%.

"The big mistake of the euro is that it forces Germany to cooperate with countries that need spending, but Germany doesn’t need to. Lax monetary policy destroys pensions, saving and the banking system. So, there is no monetary stimulus. This is the euro, welcome to the euro," Granville added. 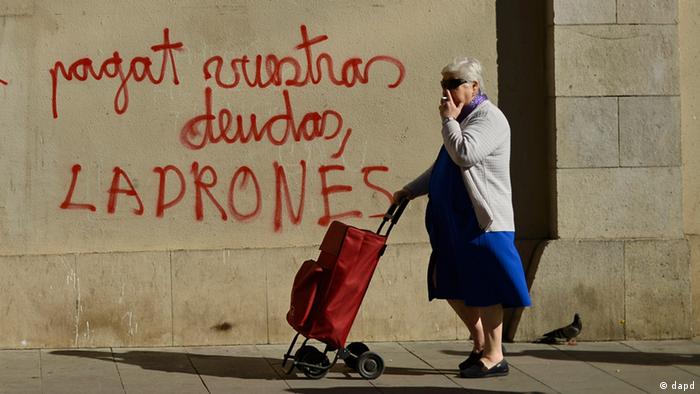 While the euro is too weak for some eurozone countries, it's too strong for others. The imbalance is believed to be at the heart of the unemployment and payments crises in the currency bloc, leading to much hardship

Drive on or turn back?
Paris also wants banking union, common rules and institutions governing the bloc's largest banks, in addition to a common deposit insurance scheme and a backstop to be used to support the winding down of failing banks.

EU governments have agreed to set up the European Stability Mechanism (ESM) — a €500 billion ($575 billion) fund that is, intended to absorb bond market turbulence. But a deposit guarantee scheme was opposed in Berlin. However, debate is still ongoing regarding a eurozone budget and a common system for security savings.

Germany and other northern eurozone countries have been reluctant to go as far as Macron would like to on this front.

Former German Finance Minister Wolfgang Schäuble has also called for the EU to have more clout to set finance policy and ending the unanimity requirement in bloc-wide decision-making.

But some northern European countries are opposed to the idea, citing the difference between their tight fiscal frameworks and the traditionally loose budget policies in southern Europe. Finland, Denmark, Ireland, Latvia, Lithuania and the Netherlands have adopted a common position on the budget, arguing that participation in it should be voluntary as long as the funding is derived through intergovernmental agreements. 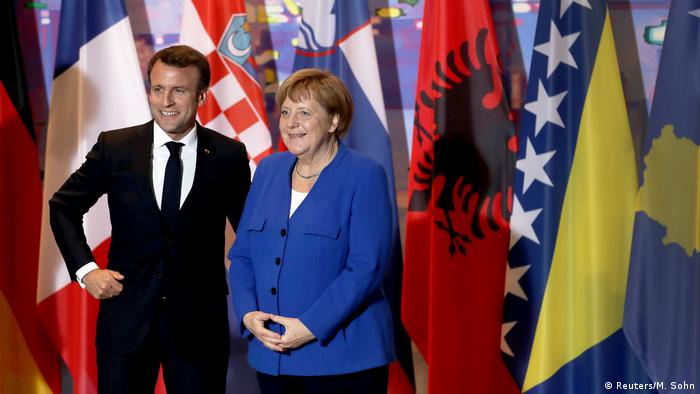 Strangling Europe?
Hans-Olaf Henkel, a staunch euro critic and MEP with the European Conservatives and Reformers in the European Parliament, even believes the currency is destroying the European Union.

"Until May 2010 I supported the euro, but then the ECB and Brussels broke the promises they gave to the German people when they agreed to give up the deutschmark, namely that no country should have a debt ratio of over 3% of GDP. If breached, the EC [European Council] said it would punish the culprits. It was breached 160 time and the EC did nothing." the former head of the Association of German Industrialists (BDI) adds.

Henkel also said the euro had done much economic and political damage in Europe, even to Germany which had benefited the most from the introduction of the currency.

Nine EU countries are not in the euro, of them only Romania wants to adopt it. Why is that Henkel asks rhetorically, and notes that those countries "have done much better" most eurozone countries.

"The euro is much too strong for the Italians and France. Huge unemployment. Countries can’t devalue. Some countries find it very difficult to reform, including France. But they can’t devalue to stay competitive. The euro is designed to push countries to change, rather than vice versa."

Read more: Brussels tells Poland EU is 'not a cow you can milk'

Others keep the faith
However, abandoning the euro is "wrong, utopian and unworkable," says Marcin Piatkowski, a senior economist at the World Bank.

"Like divorce, it never ends well. It’s a marriage. Once committed, we should stay. We can make the marriage work," he believes.

He argues that the currency isn't the problem, but the "mess of policies" during the sovereign debt crisis that hit the eurozone from 2010. "We didn't bail out weaker countries, went ahead with austerity. There are a couple of ideas how to repair the eurozone."

He points to per capita growth over the last 30 years at the same pace as in the the United States, and criticizes that eurozone  monetary and fiscal policies wern't "expansionary enough" to stem the crisis.

"This is a political, cultural and civilizational process. The euro was not to sell kielbasa to the USSR [Soviet Union], but part of a process towards creating a united Europe. Maybe we are wrong, but we can’t go back."

The ECB has kept its benchmark refinancing rate at zero, as it weighs up risks to the economy from Brexit and trade disputes. ECB chief Mario Draghi said the eurozone's current economic indicators were "weak." (10.04.2019)

A new study from the Centre for European Policy in Freiburg has shown Germany to have gained "by far the most" from the introduction of the euro. Italy and France saw a drop in prosperity over the last 20 years. (25.02.2019)