A new study from the Centre for European Policy in Freiburg has shown Germany to have gained "by far the most" from the introduction of the euro. Italy and France saw a drop in prosperity over the last 20 years. 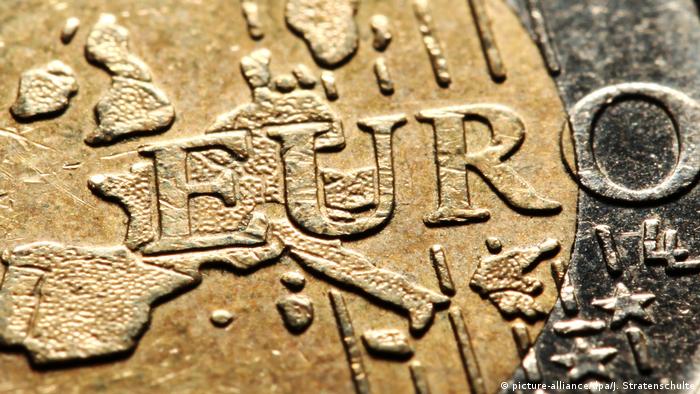 Germany gained almost €1.9 trillion ($2.1 trillion) between 1999 and 2017 as a result of the euro's introduction, according to a report by the Centre for European Policy (CEP).

The Freiburg-based think tank is part of the Stiftung Ordnungspolitik, and examines and evaluates EU policy.

Researchers Alessandro Gasparotti and Matthias Kullas on Monday published their study "20 Years of the Euro: Winners and Losers," which uses a "synthetic control method" to analyze which countries have gained from the euro and which ones have lost out.

They found Germany and the Netherlands to be the only countries to have gained substantial benefits from the euro. In Germany during this two-decade time frame, the new currency created an additional €23,000 per inhabitant. 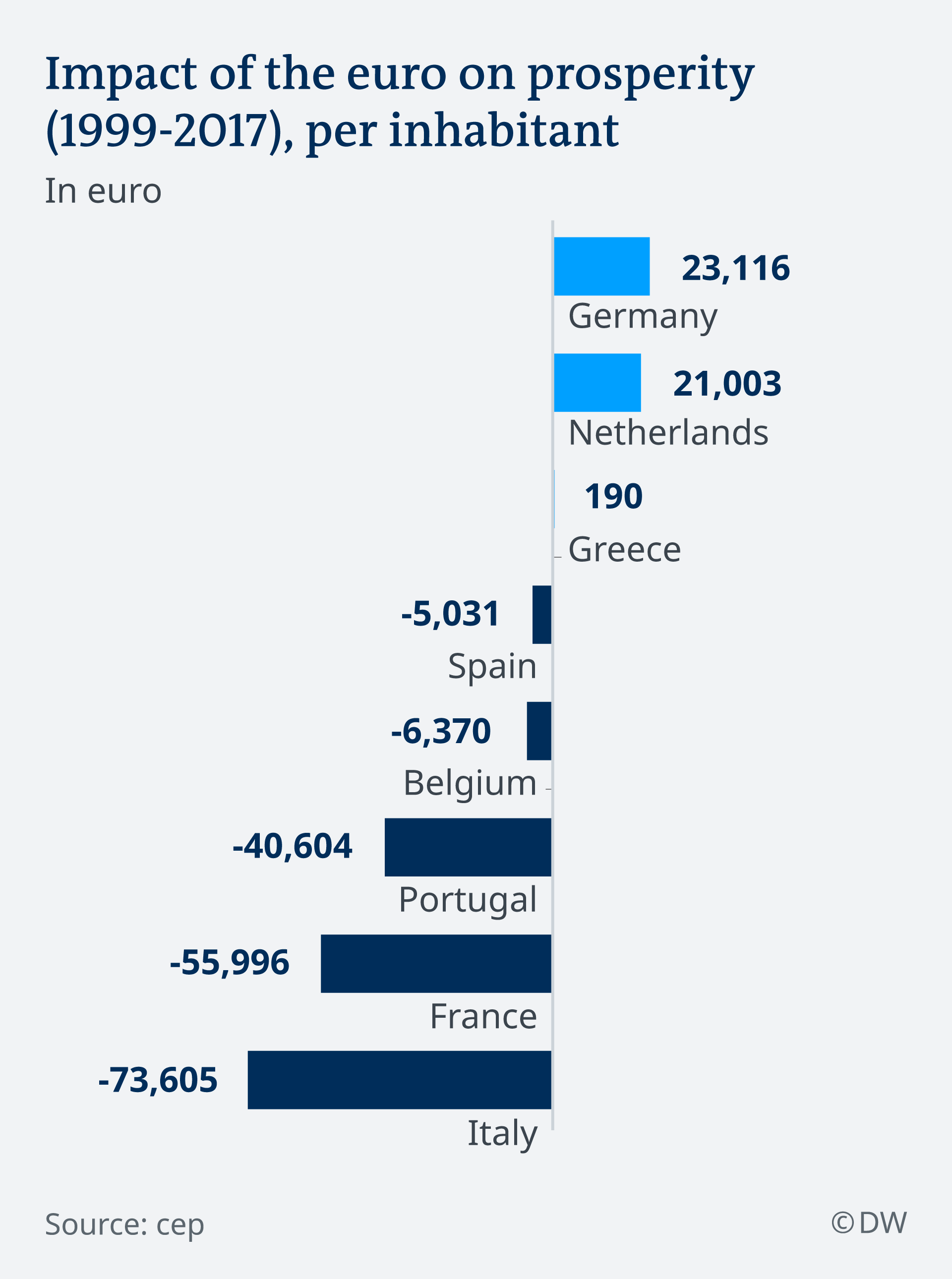 Greece initially gained hugely from the euro but suffered enormous losses since 2011.

In comparison to Germany's trillion-euro benefit, Greece could only book a €2 billion gain, which brought per capita gains to €190 per inhabitant over the 20-year life of the euro.

Outside of Germany and the Netherlands, the trend for the bloc was a drop in prosperity. 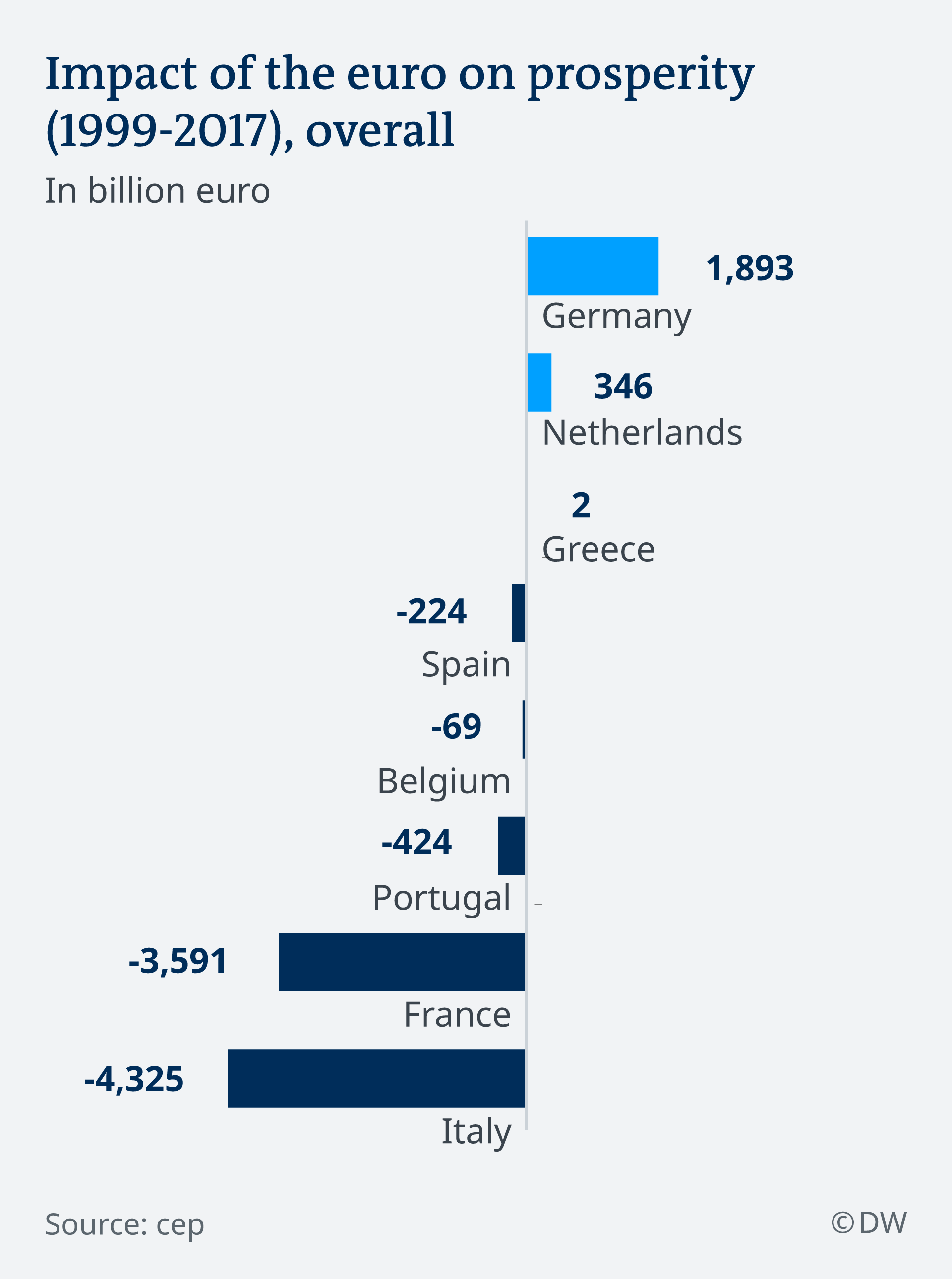 One of the main reasons for the drop in prosperity was international competitiveness, according to the report.

Before the introduction of the euro, countries were able to devalue their currencies to make their exports cheaper on the world market.

This made them more competitive globally and was a tool used to pull countries out of economic difficulty.

"The problem of the divergent competitiveness of the Eurozone countries remains unsolved," the researchers Alessandro Gasparotti und Matthias Kullas wrote.

"Greece and Italy in particular are currently experiencing major difficulties due to the fact that they are unable to devalue their currency."

Read more: Why Europe cannot be complacent about its recent economic success 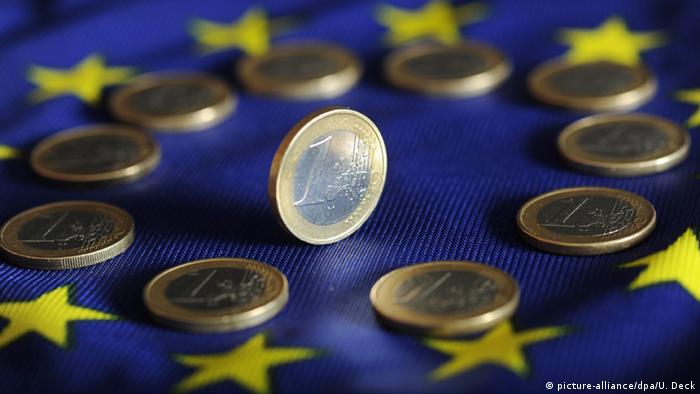 Singling out the effects

The study aimed to quantify the effects of the euro by separating it from other factors like politics and reforms.

Each of the eight surveyed countries was put into a control group made up of eight other countries with similar economic trends — inflation, industrial output, import and export levels among other things.

Researchers then extrapolated this data to project where each country would stand if they had not joined the euro.

These figures did not consider politics, reform and other external factors. Although researchers said this method was "far superior to other methods," they also said that "a lack of reliable empirical data" made the analysis difficult.

Eurozone finance ministers have reached a "political agreement" to grant Greece €6.7 billion in bailout money. The ministers praised Greece's progress, putting it on track to leave its bailout program this year. (23.01.2018)

The European Commission has for the first time ever rejected the budget of a member state, as it said the spending plans of Italy's populist government were violating the bloc's debt limit and needed revision. (23.10.2018)

Germans love their cash and many were not happy when the European Central Bank decided to stop issuing the €500 note. As the rest of the eurozone says goodbye, Germany is delaying its final farewell until April. (27.01.2019)