Eurozone finance ministers have reached a "political agreement" to grant Greece €6.7 billion in bailout money. The ministers praised Greece's progress, putting it on track to leave its bailout program this year. 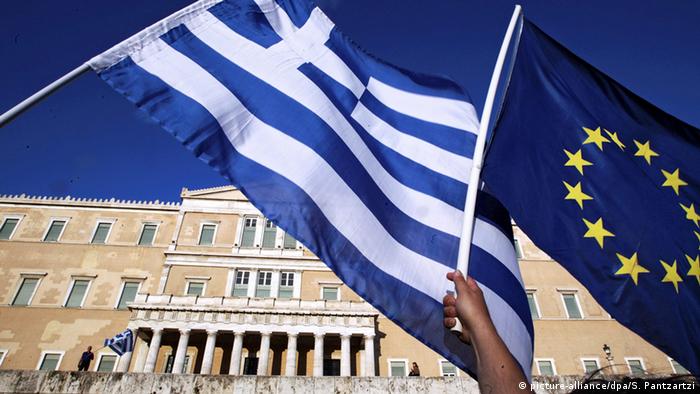 The new €6.7 billion ($8.22 billion) bailout is the latest from Greece's third financial rescue package from eurozone countries and the International Monetary Fund (IMF) since 2010.

"We have some good news," said Portuguese Finance Minister Mario Centeno, the new chief of the Eurogroup while announcing the agreement in Brussels.

He added that the agreement "reflects the huge effort and excellent cooperation between the Greek government and the institutions."

Monday's decision also puts Greece on track to exit its current bailout program when it expires in August this year. Afterwards, the country is expected to finance itself by directly borrowing from investors.

Read more: Greece: Reeling from austerity and a broken economy

Greek debt relief to be discussed

The 19-nation Eurogroup praised Greece's progress in adopting the 113 economic reforms it agreed to in 2015 in order to secure a bailout worth €86 billion from its donors.

The IMF has previously called for Athens to be granted substantial debt relief, a position opposed by Germany which has pushed for a more austere path.

Greek finance minister Euclid Tsakalotos said it was a "very good meeting" and that the Eurogroup's mentions of debt relief were "particularly significant."

"People are now convinced that things have turned around, and people are beginning to talk about the future and Greece's exit from the program," he told reporters.

Last week, the Greek parliament approved a batch of reforms which included tougher legal criteria for strikes, and cuts in family benefits. The approval prompted a day of protests and walkouts that shut down public transportation.

Monday's tranche of bailout money is expected to be given to Athens in two disbursements, with the first €5.7 billion expected to be disbursed in February and the remainder in April.