Governments are not doing enough to "stand up firmly" against human rights abusers, said Human Rights Watch in its annual report Monday. The EU came under fire for only paying lip-service to defending human rights. 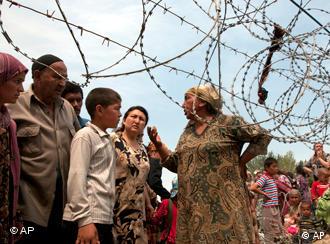 The report looked at human rights issues in 90 countries

The United Nations and the European Union are too "soft" on those countries accused of human rights abuses, said Human Rights Watch in its annual World Report.

Many governments, including EU member states, adopt approaches of "dialogue" and "cooperation" which do not generate any pressure for change, according to the non-governmental organization.

This method is "too often an excuse for doing nothing about human rights," said Kenneth Roth, the organization's executive director. "The EU's 'constructive dialogues' are the most egregious examples of this global trend," he said.

The EU was singled out for a rise in discrimination and intolerance against migrants, Muslims, Roma and other minority groups, as well as for inadequate access to asylum and abusive counterterrorism measures. 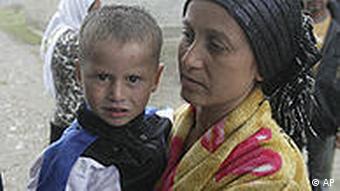 Discrimination against Roma in the EU needs to be addressed, said Human Rights Watch

"Respect for human rights at home needs to match the EU's rhetoric abroad," said HRW in a statement.

The NGO said the EU had lifted sanctions on Uzbekistan after security forces massacred hundreds in 2005 in the city of Andijan, even though the Uzbek government did not fulfill any of the criteria required for lifting the sanctions.

Failure with China and Africa

"Near-universal cowardice" marks efforts at confronting China's human rights record, while certain African autocrats such as Paul Kagame of Rwanda and Meles Zenawi of Ethipoia are given a "soft reaction."

The UN also came under fire for the Human Rights Council's "timid" response when aiming resolutions at a particular country.

"Dialogue and cooperation have their place, but the burden should be on the abusive government to show a genuine willingness to improve," said Roth.

World Report 2011 summarizes major human rights issues in more than 90 countries worldwide, and covers the period up to the end of November 2010.

In a landmark ruling the European Court for Human Rights has criticized the EU's asylum policy. It said forcing refugees to apply for asylum in the country of their entry into the EU was inhumane. (21.01.2011)

Human rights groups in Israel are concerned about a shift towards government-approved censorship. They claim a raft of initiatives and legislation awaiting Knesset approval could stifle free speech. (21.01.2011)