Human rights groups in Israel are concerned about a shift towards government-approved censorship. They claim a raft of initiatives and legislation awaiting Knesset approval could stifle free speech. 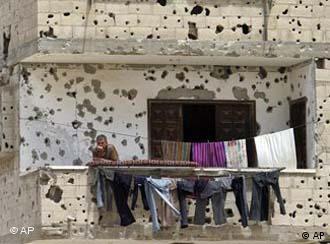 Israel's 2008-09 war in Gaza was monitored by rights groups

Concerns are rising over the proposed introduction of a parliamentary inquiry commission in Israel which would scrutinize the funding of Israeli human rights groups. Opponents of the commission, which - along with wide-reaching regulation - will be debated and voted on in the Knesset in the coming months, claim it is a smokescreen for hardliners in the government to stifle free speech.

In December, the initial proposal to establish the commission was approved in the Knesset with a vote of 41 parliamentarians in favor and 16 against. Human rights groups in Israel question the proposed commission's brief, pointing out that the funding of all human rights organizations in Israel is made public each year and is scrutinized by the state auditor, rendering a parliamentary commission investigating the finances of groups unnecessary.

Some claim that the commission has a different agenda and that is to investigate ways of limiting the work of groups which have been involved in investigating Israeli actions in the Occupied Territories, and in some cases even shutting them down.

"Investigations of this sort, especially if they have malign intent, can be used to impede an organization's work by diverting and tying up its resources and they carry at least an implicit threat of closing down the organization if it continues to engage in activities seen as critical of or damaging to the authorities," Malcolm Smart, Programme Director for the Middle East and North Africa for Amnesty International, told Deutsche Welle.

"Such investigations can have a 'chilling' effect intended to make organizations less vocal and overly careful or constrained in what they do say."

"The Knesset does not have the authority to summon witnesses or compel a response," Nirit Ben-Ari, spokesperson for Gisha, an Israeli NGO dealing with the freedom of movement, export and import to and from the Palestinian territories, told Deutsche Welle.

"Our funding sources are legal and transparent, so there would be no justification for closing us down under the current law," Ben-Ari said. "We are, however, concerned about bills proposed in the Knesset that would restrict the ability of human rights organizations to report on violations and/or make it difficult for them to receive funding from abroad."

Fania Kirshenbaum, the minister from the right-wing Israel Beiteinu party who submitted the proposal, has accused human rights groups of providing material to the Goldstone commission. 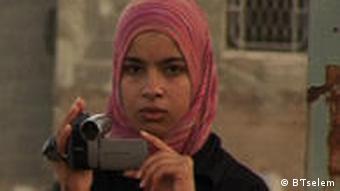 "The Goldstone Report called for Israel and Hamas to conduct impartial, independent investigations into allegations of violations of international law," Ben-Ari said. "Neither group has done so. We believe that such an investigation is the proper response to claims of violations of law - not attacking the groups who report on human rights violations."

Kirshenbaum's accusations echoed those made by the ultra-nationalist group Im Tirzu, which describes itself as a "centrist extra-parliamentary movement that strives to strengthen the values of Zionism in Israel." Im Tirzu claimed last year that groups financed by the New Israel Fund (NIF), which supports Israeli non-profit, civil society organizations, provided around 90 percent of the information used in the Goldstone report. 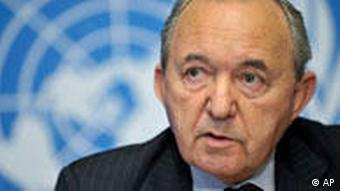 Shortly after these claims, the Knesset's Constitution, Law and Justice Committee set up a subcommittee investigating the foreign funding of Israeli organizations which led to the introduction of the controversial NGO Transparency Bill, designed to make NGO finances more transparent.

The Bill's opponents claimed it allowed the government to scrutinize the actions of NGOs more closely and through the removal of their tax-exempt status, it would significantly restrict their resources and the types of donations they could receive. The bill was finally amended in August 2010 with many of its more controversial elements being removed.

However, soon after that, a newly proposed piece of legislation known as the Associations Law was floated which would prevent the official registration of any group suspected of being involved or providing information in legal proceedings against Israeli officials or army personnel for violations of International Law.

Any registered organizations which broke this law would lose their official status and be deemed unlawful. While this was debated in the Knesset, full approval of this law is yet to be voted upon. 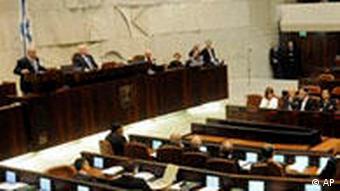 There is still some opposition to the laws in the Knesset

The call for the parliamentary inquiry commission into funding is seen by human rights groups as the latest attempt to build an increasingly large arsenal of legislation which is aimed at suppressing free speech and limiting the work of rights organizations. Some have compared the current atmosphere of being reminiscent of McCarthyism in the United States.

"There have been worrying signs lately - and this Knesset decision is one example - that the space for free speech and dissent is decreasing as some politicians and government leaders appear increasingly intolerant of those who expose official malpractice or abuse of human rights," Amnesty's Smart said.

"We are concerned by aggressive statements made by members of the Knesset supporting the proposal and by the foreign minister, which indicate a desire by the Israeli government to deflect criticism by attacking groups that criticize - rather than by responding to allegations that its actions in the occupied territories violate human rights and international law," Gisha's Nirit Ben-Ari added.

Even though many of the new laws have yet to be fully approved and face a certain amount of criticism within the Knesset itself, many observers within Israel are concerned that the Israeli parliament's willingness to examine them and the refusal of many on the left to oppose them shows a worrying swing towards increased censorship.

"While Israel has mostly permitted its citizens to engage in open and public criticism of its human rights policies, we believe that freedom of association and freedom of expression are a hallmark of a democratic society and should be defended, and we are concerned by measures taken in the last two years to restrict those freedoms," Ben-Ari said.

"The job of human rights organizations is to expose gaps between the requirements of law and the actions of government, and we believe that fulfilling this role strengthens, rather than weakens, Israeli society."

UN says dialogue with Israel on human rights is 'difficult'

Reviewing the performance of four members of a global rights covenant, the UN Human Rights Committee has criticized Israel's handling of the occupied Palestinian territories - areas Israel says don't apply to the deal. (30.07.2010)

After being published earlier, the Goldstone report is officially presented at the United Nations' main human rights body. The study says both Israel and Hamas committed war crimes and has both backers and detractors. (29.09.2009)

Human rights group Amnesty International has released a new report accusing Israel of war crimes during the conflict in Gaza earlier this year. Israel has accused Amnesty of succumbing to manipulation by Hamas. (02.07.2009)