Five EU member states have said they agree to receive the 104 migrants aboard the German charity rescue boat. The EU will schedule a special meeting in autumn to discuss possible migrant distribution mechanisms. 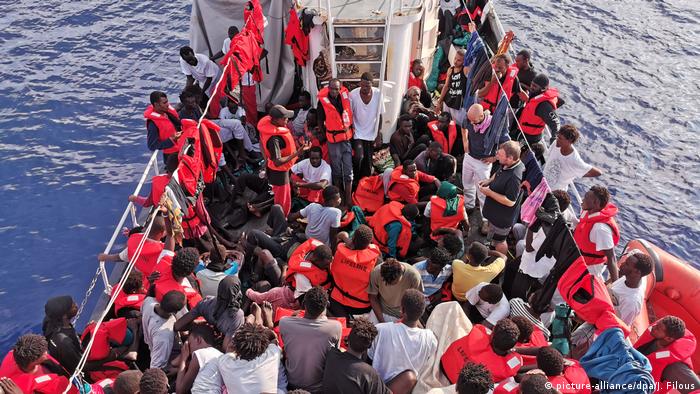 Germany, France, Ireland, Portugal, and Luxembourg agreed on Tuesday to receive migrants and refugees aboard the humanitarian boat Eleonore.

A spokesperson for the European Commission made the announcement in Brussels. The boat belongs to Lifeline, a German NGO.

The decision follows intense discussions between the European Union member states to find a solution for the 104 rescued persons aboard the ship.

The Commission also said it will support Italy in organizing the resettlement process.

The EU plans to organize a special meeting on the voluntary distribution mechanism of the migrants and is estimated to be scheduled near the end of September. The aim of the meeting is to bridge the gap until  the bloc has agreed on a reform of the EU asylum system.

Migrants aboard the Eleonore disembarked in the Sicilian port of Pozzallo in southern Italy on Monday. By entering Italian waters, the boat defied the country's explicit ban and was consequently confiscated by Italian customs officers.

Charity rescue vessels are currently not permitted in Italian territorial waters in accordance with the hardline right-wing politics of the League-Five Star Movement coalition government.

Outgoing Italian Deputy Prime Minister and Minister of the Interior Matteo Salvini had adopted a decree to reinforce expulsion of migrant rescue boats.

Captain of Eleonore, Claus-Peter Reisch, had declared a state of emergency before setting course for Pozzallo. Reisch said he turned towards Italy because "the situation on board is life-threatening" and deteriorating due to weather conditions. 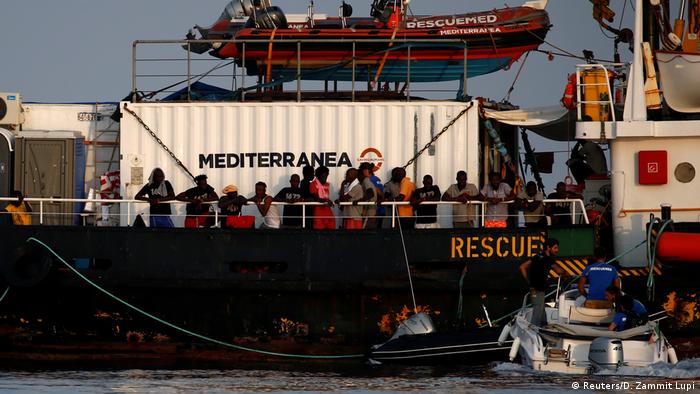 A second vessel, the Alan Kurdi, operated by German charity Sea Eye, had been sailing between Malta and Italy on Monday before Salvini also banned the boat for being in Italian waters.

The charity said on Tuesday that it had permission to enter from "competent maritime authorities," but it nevertheless was fined for breach of migration laws.

The boat, anchored near the island of Lampedusa south of Sicily, had saved 98 people off the coast of Libya. The 67 onboard compromised of women, children and the ill.

The charity announced on social media that the boat had legally entered Italian territorial waters and that it was "the last vendetta of those who cannot bear to see humanism prevail."