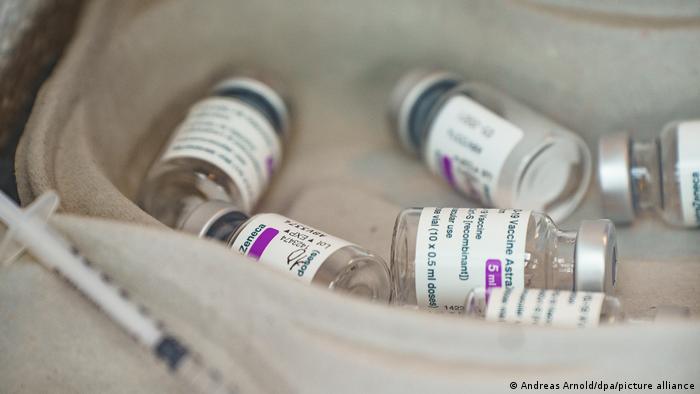 AstraZeneca has not yet delivered the doses it promised the EU

The European Commission and Italy have blocked a shipment of AstraZeneca's COVID-19 vaccine destined for Australia after the pharmaceutical company did not fulfil its European Union contract commitments, sources said on Thursday.

It is the first time the EU has employed an export control mechanism it set up to ensure drug manufacturers respect their contracts.

The sources said AstraZeneca had reportedly requested authorization from the Italian government to export some 250,000 doses from its Anagni plant, close to Rome. The site is owned by US group Catalent.

Italy reportedly refused the request, and the European Commission backed its decision.

According to the Associated Press, an EU official, who asked to remain anonymous, confirmed the vaccine block, which was first reported by the Financial Times.

The EU launched an export control system in late January amid shortages of vaccine doses in the early stages of its inoculation campaign.

The mechanism is designed to ensure drug manufacturers fulfil their contractual obligations to the bloc before commercial exports can be approved.

The EU, which started its vaccination campaign in December, is moving at a much slower pace than other countries, including Israel and the UK. Officials have attributed the slow progress in part on supply issues with drug manufacturers.

Suspicions over outside EU sales

The EU has been specifically unsatisfied with AstraZeneca, an Anglo-Swedish company, because it is delivering far fewer supplies to the bloc than it had promised.

The manufactuer cut back first-quarter projected deliveries from at least 80 million to 40 million doses, citing production difficulties. It later told EU countries it would cut deliveries by another 50% in the second quarter.