With four Arab teams at the World Cup, hopes were high one would reach the round of 16. Instead, all four are headed home after the group stage. Meanwhile Egyptian star Mohamed Salah has sparked controversy in Chechnya. 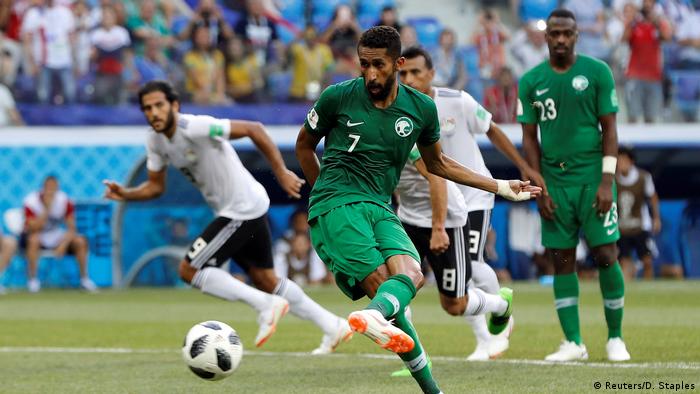 The 2018 World Cup marked high hopes for the Arab world. It was the first time four teams from the region — Morocco, Tunisia, Egypt and Saudi Arabia — had participated in football's premier international tournament. But those hopes were quickly crushed after the tournament kicked off this month in Russia, with all four of the teams failing to qualify out of the group stage.

On social media, Arab fans joked that FIFA stands for "Football is not for Arabs." Another fan said that "Arab countries always differ in everything but agree to leave the World Cup together."

Saudi Arabia suffered a 5-0 defeat to hosts Russia to open the World Cup, a result that would become an ominous sign for how fellow Arab nations would perform in the the rest of the tournament. They went on to fall 1-0 to Uruguay in their next match.

On Monday, Saudi Arabia finally scored their first goal in the 95th minute of their 2-1 victory over Egypt. It was a major win for Saudi Arabia, as most of their players only play for domestic clubs. "They will be able to tell their children and grandchildren: I scored during a World Cup," Antonio Pizzi, the Saudi team's Argentinian coach told the AFP news agency after the match. Saudi Arabia and Egypt finished third and fourth in their group respectively.

The Saudis will now focus on next year's Asian Cup, which is hosted by the United Arab Emirates. "We need to keep working, we need to be patient, we need to support the team. Nothing can be achieved from one day to another, everything takes time," Pizzi said.

Tunisia: 'We did not disappoint the Arab World'

On Saturday, Tunisia coach Nabil Maaloul said he felt the "eyes of the Arab World" were on his team as they faced off against Belgium. They had previously lost 2-1 in their opening match against England on June 23. Tunisia was the last team with a chance to qualify for the round of 16, but they needed to defeat Belgium. In yet another disappointment, they lost 5-2 to their heavily-favored European opponents. Maaloul, however, praised his team's fighting spirit. "We did not disappoint the Arab World. We did not give up on our Arab fans," he told the Associated Press news agency. 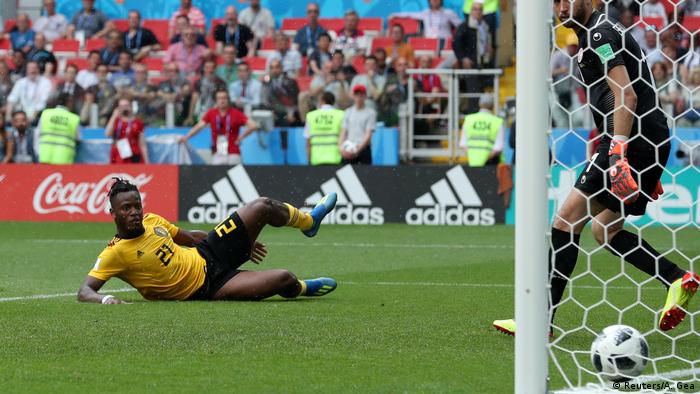 Tunisia's hopes for the round of 16 were dashed by Belgium

Maaloul believes that Arab countries have "common problems" when it comes to their teams in the World Cup. "I think we need to change change our lifestyle, because it is not in line with high-level football. We need to change the way we train. I am not giving up but I think we need two more generations to reach the required level of performance. In terms of fitness and physical strength, we are far from a high level," he said. He noted that Arab countries need to work on cultivating strong players that can start professional training at ages 12 and 13.

The Egyptian national team's losses to both Uruguay (1-0) and Russia  (3-1) were overshadowed by a controversy surrounding its star player Mohamed Salah, who received "honorary citizenship" from Ramzan Kadyrov, the head of the Chechen republic, where the Egyptian team's camp was based.

"Mohamed Salah thanked us for the surprisingly warm and good reception, excellent attitude to the team, excellent living conditions and training," Kadyrov wrote on Russian social networking site VKontakte. Kadyrov has been criticized for his government's use of torture and its detention of members of the LGBT community.

Salah claimed in an interview with broadcaster CNN that he was used as a political instrument by Kadyrov and expressed the possibility of leaving the Egyptian team. Chloe Teevan, a coordinator of the Middle East/North Africa program at the European Council, told DW that Egyptians are expressing "extreme anger" regarding the idea of Salah, who led English giants Liverpool to the Champions League final this past season but struggled with an injury at the World Cup, leaving the team.

In a time of economic uncertainty and frustration for Egyptians, particularly the country's youth, Salah was a source of hope and pride for many working class people. Some Egyptians, Teevan noted, now believe in a conspiracy that Egyptian President Abdul Fatah el-Sissi set up the meeting between Kadyrov and Salah in order to oust the star striker from the team. These Egyptians have now taken to social media to blame el-Sissi and to also express their general grievances with his government.

"El Sissi is destroying the best thing in Egypt," one Egyptian Twitter user said regarding Salah's possible departure. "That man [el-Sissi] really needs to leave the country," the user added, including a trending Arabic hashtag regarding the controversy, which translates to "Leave El-Sissi."

"El-Sissi has called to impose a 10 percent tax on my income of 800 Egyptian pounds ($45, €39) a month. I am speechless," Twitter user Said El Boshi said, also using the "Leave el-Sissi" hashtag.

Karim Zidan, a Canadian journalist for sports news website SB Nation, also believes the meeting between Salah and Kadyrov was staged. He blames the Egyptian Football Association, which is supervised by the Egyptian government, for basing the team in Chechnya and allowing the meeting to happen.

On Monday, Morocco also failed to progress after a 2-2 draw against Spain. The team opened the tournament with a 1-0 loss to Iran and fell by the same scoreline to Portugal.

"We would have loved to get a win over Spain, this is why we came here tonight. We suffered just like any other team that takes on Spain," Morocco's French coach, Herve Renard, told Reuters news agency. He said that for now, his players were "savoring the moment" and will examine the team's future later on.